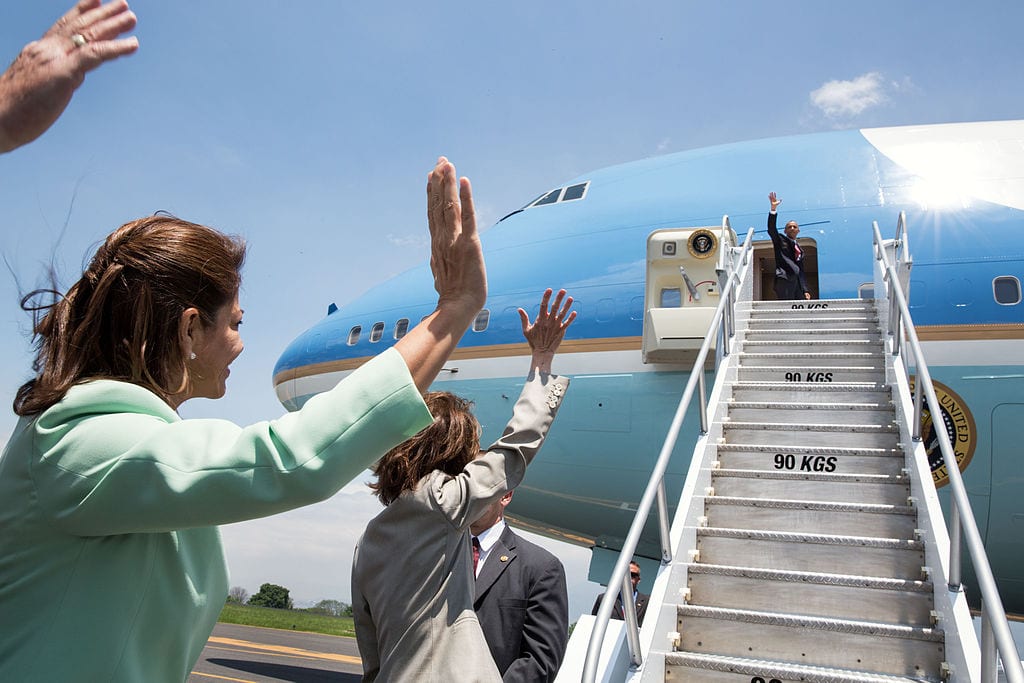 Perhaps it’s excusable that the legacy media peddled the nonstop narrative for most of this year holding that the Democrats would be rampaging through this year’s midterm elections. Most of the time, the party of a newly-elected president will take a beating in the first midterm cycle of his tenure in office, and with the perception of Donald Trump — fueled without doubt by media coverage of his time in the White House — being that of an unpopular and politically weak neophyte president it would make sense that the Republicans would struggle to survive this fall.

They’d lose the House. They’d even lose the Senate, despite the overwhelming number of Democrat-held seats coming up for re-election this year, half of which in states Trump won in 2016.

This narrative continues even now, though not as much as it’s been billed. Just last week CBS News put out a poll on the House races wherein the network predicted the Democrats would hold 219 of the 435 House seats after the November elections, one more than needed to make Nancy Pelosi the once and future Speaker.

Except the internals of that poll don’t seem to match up with its toplines. CBS found that Republicans are generally pretty satisfied with the policy direction the country is moving in, if they’re not overwhelmingly thrilled with Trump’s conduct in office all of the time. Democrats seem motivated more by animus toward Trump than anything their party has to offer. That might seem like something that motivates voters, except it doesn’t — Trump isn’t really on the ballot, and voters disliking him won’t really matter if they also dislike the Democrat candidate or like the Republican one.

Then there’s the RealClearPolitics poll average, which tracks the generic ballot in the midterms, which says the Democrats hold a 7.6 point advantage based on the current tracking of national polling. Over the past month those numbers have really been all over the place, with Democrat edges ranging from plus-1 to plus-11. But again, the generic ballot isn’t what matters in midterm races. What matters is Congressman A vs. Challenger B.

And that’s the Democrats’ problem, because they’re no longer a party of people who can credibly present themselves as capable of doing a proper job at, well, just about anything. Which is why the midterms won’t really go as well as anyone thinks for them, and we’re starting to see that among those who are willing to. Thursday Rasmussen released a poll the results of which should surprise no one — by a 70-64 margin, Republican likely voters are more engaged and likely to vote in the midterms than likely Democrat voters are.

Nothing really happened on Tuesday night in primary elections, where several states picked candidates in party races, that would inform a wave election in either direction.

And that in and of itself is enough to freak out Democrats who expected the Blue Wave would be building by now. So much so that one of them, the Week’s David Faris, penned a piece entitled “Democrats Are Totally Blowing It” over the midterms. Quoth Faris…

This in itself is stunning. Democrats should clean up in the midterms. Instead, they’re barely muddling through. And if they fail to take control of one or both chambers of Congress, that future-altering catastrophe can be traced back to the moment in January when they decided to cave on the fight over the DREAMers and started disastrously cooperating with the president and his allies.

At the beginning of 2018, Democrats held an enormous advantage on the generic congressional ballot — almost 13 points. Democratic partisans were downright giddy about the possibility of a truly enormous blue tsunami wiping Republicans out of both the House and Senate.

Democrats, you had this. If you blow it with an inability to sustain a brawl for more than six months, rest assured: You will be replaced with other lawmakers who can.

The problem for Faris and his crowd is they’ve all got the precise wrong impression of why the Blue Wave they’ve fantasized about hasn’t materialized despite all their earnest efforts and the presence of conditions which might have brought it on.

Namely, it’s something Andrew Breitbart said, which is that politics is downstream from culture. And while Democrats might have been able to capitalize on Trump’s various weaknesses and the general dislike among swing and even Republican voters for elements of the party’s congressional leadership, it’s their positioning within the culture which is holding them back.

Remember that we’re not really talking about 435 House seats here. We’re really talking about 50 to 75 of them which are true “swing” seats. And most of those are suburban or exurban seats, many of which are in purple states. In those districts, LGBTQ is not an acronym most voters can spell out, nor is it something they want to. In those districts you’ll get nowhere with the idea black people can’t be racist. Those aren’t districts where a Che Guevara t-shirt will generally elicit positive reactions. And in those places a Muslim candidate is unlikely to win.

Those aren’t lessons the Democrats have learned. And Faris is correct, though he doesn’t understand why. In the swing districts where the House majority will be decided, more voters than not see the Democrats’ candidate as out of the mainstream culturally more than anything else, and as such the issues won’t really matter.

Nothing will change politically until the Democrats recognize that. But who’s going to convince Tom Perez, Keith Ellison, and the gang of the necessity to appeal to ordinary Americans when they think the universities, Hollywood, government workers and the arts represent Normal America?

They’ll learn, eventually. But it won’t be this fall.

Speaking of the culture, by now you’ve no doubt heard about the Miss America pageant and their decision to dump the swimsuit competition and along with it a judgement about physical attractiveness as a criterion for victory.

Which leads to this easy prediction — either next year or the year after, a Muslim woman in a hijab will win the Miss America pageant. She’ll be relatively attractive, she’ll be somewhat personable and she’ll be quite intelligent and accomplished, but she’ll be in a hijab. And the country will groan, and vote Republican.

I’m increasingly impressed with Mick Mulvaney, who’s doing a terrific job not just as Trump’s Office of Management and Budget director but also as the head of the Obama-concocted Consumer Financial Protection Bureau, a Dodd-Frank creation which is nothing more than a vehicle for the federal government to disrupt and pervert the financial markets.

This week Mulvaney fired the 25-person Consumer Advisory Board at CFPB, which sent leftist Senators like Sherrod Brown and Liz Warren into the stratosphere. We could go into a long discussion of the substance behind Mulvaney’s action, but for the purposes of this discussion all you really need to know is that if it has to do with the financial markets and it pisses Liz Warren off, it’s an unalloyed good thing.

The Wall Street Journal reports there are 6.7 million job openings in America, compared to 6.3 million Americans looking for work.

That’s sort of a good thing, in that we want there to be a little bit of a labor shortage in America. The country was largely built on an economy growing faster than its labor force, which meant rising standards of living and growing wages, plus a good demand market for the waves of immigrants washing onto our shores. And given that immigration is an issue which has roiled our politics for the past decade it’s not a bad thing if we can all begin to agree again that taking immigrants willing to work hard and assimilate into our culture is something we want that’s a positive.

But what’s worrying is this number in the face of other things unquestionably present in our society. Like for example, the fact we’ve got massive shortages in the skilled trades while at the same time millions of recent college graduates who can’t boil an egg much less wire a house for electricity. Or the fact that welfare pays more than an entry level job in about half the country.

And maybe not blow so much of our tax money on higher education, if what passes as post-secondary education is the study of “Whiteness” as a means of oppression by imposing such horrors as objective reality and meritocracy on the public.

These are serious times and our colleges are not serious places. We’re starting to see economic effects of their failure. After these midterms are over, it should be time for a national conversation along those lines.