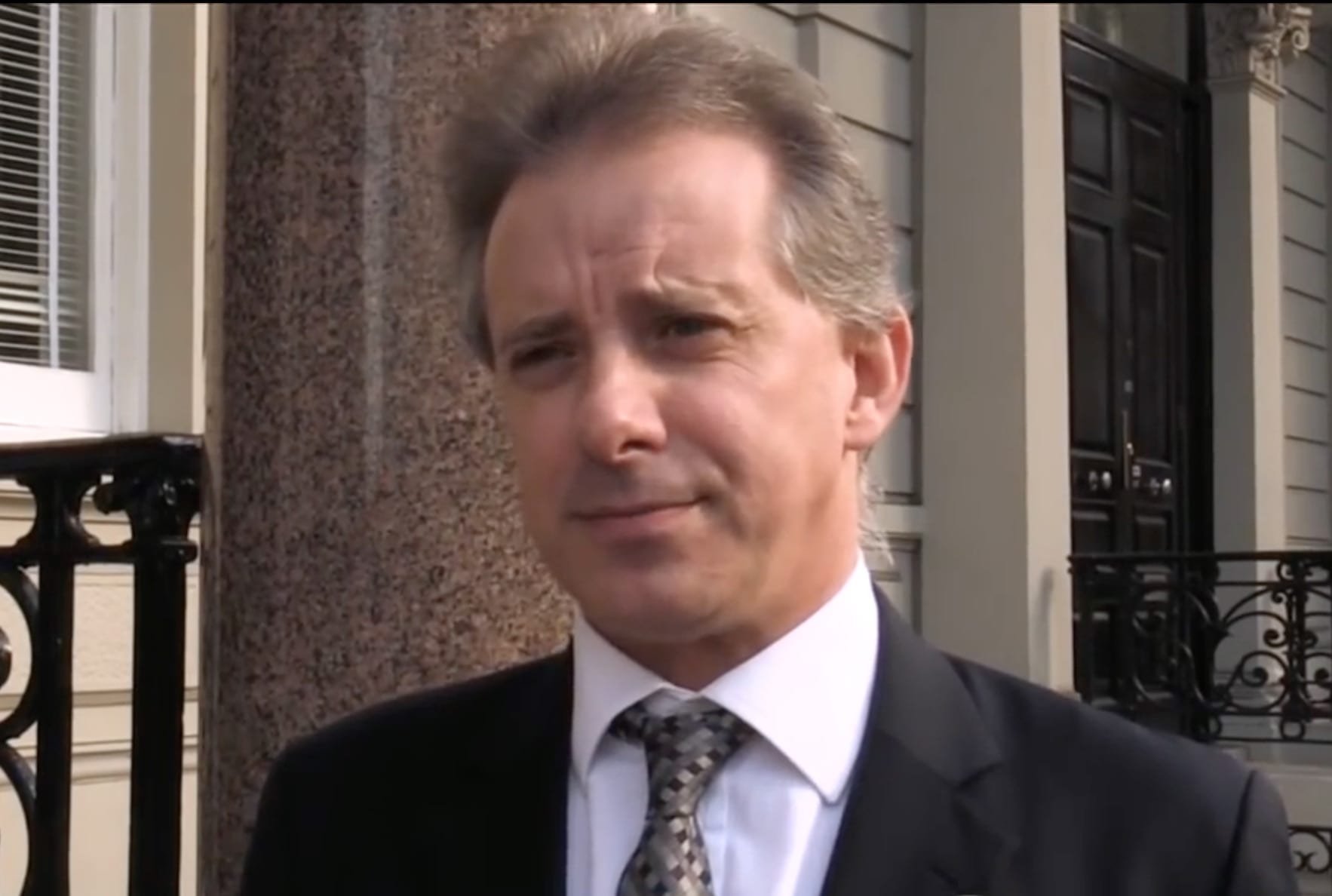 Christopher Steele was Hillary’s hired gun, paid gobs of money to dig up dirt on Donald Trump. Yet somehow this “brilliant” spy lacked the surveillance skills to know that Hillary had hired him. That’s one of the many whoppers in the released Glenn Simpson testimony in which Steele is portrayed as a “Boy Scout” operating from the highest and purest of motives.

Steele’s stenographers in the press invariably describe him as “highly regarded” and apolitical. The propagandistic omniscience behind these descriptions is laughable and amounts to nothing more than liberals presiding over a kangaroo court in which they can endlessly appeal to their own authority: we say he is “highly regarded,” so he is; we say that his motives were pure, so they are; we say that parts of his report have been “corroborated,” so don’t question them.

The claim that Steele was operating above politics is a joke. According to the British press, he was a socialist before working for British intelligence as a Russian expert — a career path that should stimulate skepticism, or at least curiosity, in a vigilant press. Steele was the perfect counterpart to John Brennan, who entered American intelligence after supporting the American Communist Party.

To whom did the “apolitical” Steele go with his findings at the height of the 2016 campaign? Mother Jones and Harry Reid. He also found other great souls of objectivity in the left-wing British press, to whom he was frantically peddling anti-Trump dirt. Now that we know how much he made from Hillary — she paid Fusion GPS over a million dollars — these stories appear even more audacious, since many of them were premised on Steele as a singularly high-minded and uncompensated volunteer. In reality, Steele was simultaneously taking checks from Hillary and the FBI and was simply putting out those stories about his uncompensated work in the hopes of making more money. It was the kind of racket that only a condescending British socialist could appreciate. (Glenn Simpson tried to keep this fiction going by telling the House that Steele “lives a very modest, quiet life.”)

In the kangaroo court that is this story, no lie is too great: Hillary can write about Christopher Steele in her memoirs without mentioning that she paid him; Steele can claim through surrogates he didn’t know about her payments; a Hillary-financed dossier, full of so many errors it might as well have been co-authored by Michael Wolff, can be presented as a reliable and disinterested lead; jaw-dropping bias at the FBI can be sanitized as “free speech” of no import for the investigation; all unmaskings and FISA warrants, ordered up by Hillary supporters, only flowed from the most dispassionate considerations; any foreign interference in the campaign is deemed “friendly” and harmless if it fed the collusion investigation.

Turn on cable television at almost any moment and you can get a glimpse of the kangaroo court in session: Andrea Mitchell, on nothing but her own say-so, declaring her buddy Susan Rice “cleared”;  former Obama official turned CNN “correspondent” Jim Sciutto pronouncing on the propriety of Mueller hiring Hillary donors (all very innocent and normal, he says in his oh-so-authoritative anchormanish tones); Erin Burnett, unnerved the other night by a pro-Trump congressman, insisting that Steele went to the FBI “out of concern” (how would she know?); panels assembled throughout the day to mull over the latest partisan conjecture presented as “breaking news.”

A week or so ago the kangaroo court had taken Steele out of the dock and put an unnamed Australian diplomat in it, casting him as the high-minded whistleblower behind the collusion investigation. But this week its rehabilitation of Christopher Steele resumed, presumably a defensive response to reports that the dubious FISA warrants stemmed from his paid work for Hillary.

Needing to turn Hillary’s hired hand back into a noble whistleblower, Senator Feinstein released Simpson’s testimony, knowing the media would treat all of his self-serving denials and exonerating explanations about Steele and his firm as the gospel truth. Simpson couldn’t have received more slavish coverage if he had bought it.

The glaring irony in all this puffery is that it rests on an embrace of foreign and tainted election interference. We are told by the very press obsessing over the origin of the DNC email hack that the origin of the Steele dossier doesn’t matter. The media’s hope is that the show trial will end with no one noticing that the only person in the race who purchased a foreign smear was Hillary. She was the cheater, not the cheated, and received a fitting comeuppance. She sought to win on a lie and lost on the truth.

George Neumayr
Follow Their Stories:
View More
George Neumayr, a senior editor at The American Spectator, is author most recently of The Biden Deception: Moderate, Opportunist, or the Democrats' Crypto-Socialist?
Most Popular
1
Special Report
The Myth — and Grift — of Long COVID
by Michael Fumento