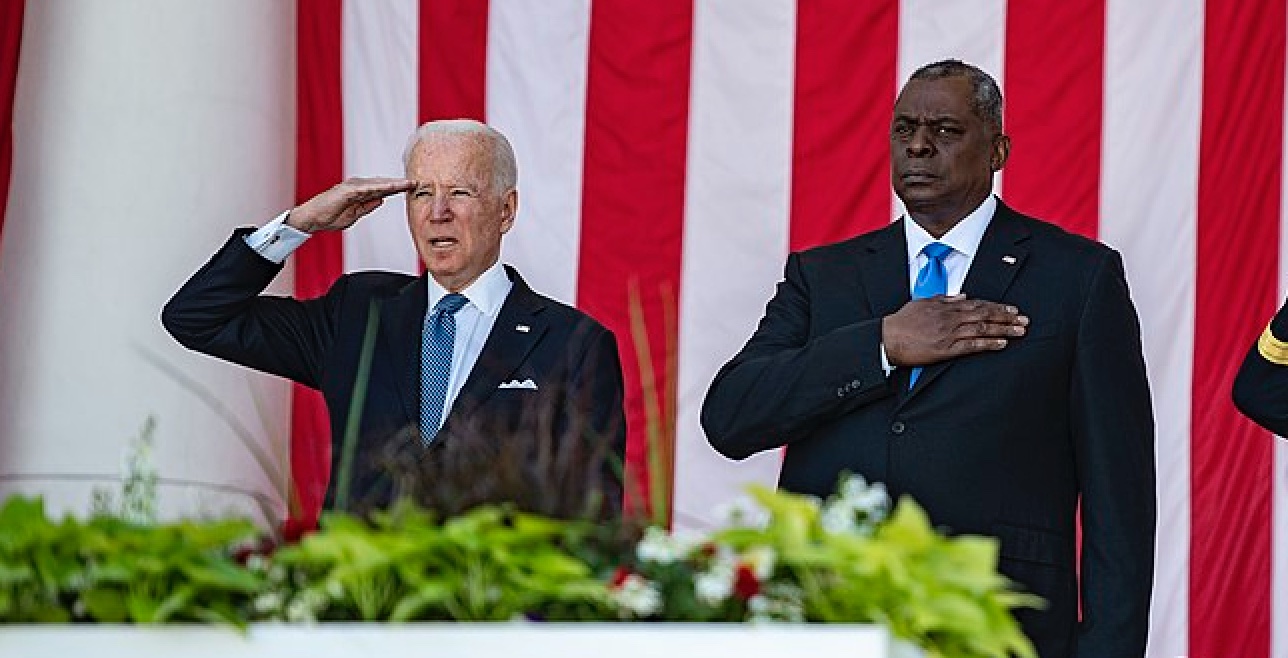 Most Americans would expect America’s military to be busy. Russia and Ukraine are locked in a deadly and destructive war. The Chinese Communist Party just baptized Xi Jinping’s dictatorship and ratified Beijing’s increasingly confrontational international course.

North Korea continues to launch ballistic missiles and prepare for a nuclear test. Iran is arming Russia with simple but effective drones. Chaos, disorder, and terror abound around the globe.

However, the Pentagon’s gaze is elsewhere. At America. Especially states that have restricted abortion in response to the Supreme Court’s Dobbs decision. Apparently, they are threatening U.S. security.

The recent Supreme Court ruling in Dobbs v. Jackson Women’s Health Organization has impacted access to reproductive health care with readiness, recruiting, and retention implications for the Force. Since the Supreme Court’s decision, we have heard concerns from many of our Service members and their families about the complexity and the uncertainty that they now face in accessing reproductive health care, including abortion services.

He also cited those with military medical duties. However, as Gertrude Stein said of Oakland, there is no there there. Federal law limits funding to abortions involving pregnancies that threaten the life of the mother or resulted from rape or incest. Between 2016 and 2021 only 91 abortions were performed in military facilities. When questioned, a Pentagon spokesman admitted: “the reason we’re doing it is to reassure our providers. The bottom line is, that we think if it it’s done under federal jurisdiction, it will not be a problem, but with, quite frankly, all the press and other things that are out there, there is an underlying sort of concern.” This purported justification was only PR.

The memorandum’s real purpose is to undermine Dobbs, using the Pentagon to preserve as much of the more liberal standard under Roe v. Wade as possible. The key paragraph is:

Our Service members and their families are often required to travel or move to meet our staffing, operational, and training requirements. Such moves should not limit their access to reproductive health care. The practical effects of recent changes are that significant numbers of Service members and their families may be forced to travel greater distances, take more time off from work, and pay more out of pocket expenses to receive reproductive health care. In my judgment, such effects qualify as unusual, extraordinary, hardship, or emergency circumstances for Service members and their dependents and will interfere with our ability to recruit, retain, and maintain the readiness of a highly qualified force.

The Pentagon conveniently acted less than three weeks before election day — and a couple days after President Joe Biden attempted to revive abortion as a campaign issue, stating that the first bill he would send to Congress next year would turn Roe into federal law. Indeed, he also proposed using federal funds to subsidize travel for people seeking abortions and suggested private companies do likewise: “I’ve urged them publicly as president of the United States saying, ‘This is what you should be doing.’”

Of course, the armed services should not be isolated from society — witness the order integrating the military, which was issued in 1948, long before the courts ordered desegregation of schools and other civilian institutions. That action implemented the Constitution. Not so with abortion.

To claim that the procedure is a matter of “reproductive health care” tortures the English language.

The Department of Defense already is a battleground over woke social issues. Dragging the military into one of America’s most divisive social issues can only further politicize the institution, with reversal likely when the political balance again shifts. Of course, Pentagon briefers, who were not named, insisted that the department “took a thoughtful and deliberate approach” that had nothing to do with the election. Yet one admitted “there is more work for us to do on our end to develop the final details of those policies.” Why then rush the announcement?

No doubt, service personnel who want an abortion are inconvenienced if the military moves them to a state where access is restricted. However, speaking as a military brat, that is a constant of service life. You might end up in a state with a higher cost of living, poorer performing schools, a less welcoming culture, fewer shopping choices, stricter employment licensing laws, worse climate, tougher zoning restrictions, less friendly political environment, and more. Foreign postings usually pose even more daunting challenges. Some people would claim that these issues too should “qualify as unusual, extraordinary, hardship, or emergency circumstances” and warrant special military assistance.

Most service personnel, however, recognize that Uncle Sam promises little regarding where you will be stationed. Even now, anyone can travel to another state, if necessary, to get an abortion. Just as principled taxpayers who value unborn life should not be forced to pay for abortions, they should not be expected to enable military personnel to visit abortionists. Federalism ensures that abortion will be available somewhere in America. Taking advantage of that opportunity, if that is the right way to describe getting a procedure that results in a dead baby, should be left up to the person involved.

Austin attempted to elevate access to abortion above other factors, but even if some of them should qualify for special assistance, abortion would not. To claim that the procedure is a matter of “reproductive health care” tortures the English language. In all but the few cases justified for medical reasons, abortion is the opposite, in effect the end of reproductive health care. Abortion is a matter of choice and kills the most vulnerable party involved. That is why so many people fought for so long to overturn Roe, which Yale Law School’s John Hart Ely, a liberal before liberals called themselves progressives, argued didn’t even purport to be constitutional law. And he was not alone on the left in criticizing the ruling.

No doubt, there are service members who favor few or no restrictions on abortion. However, as Dobbs decided, the Constitution leaves that decision to the states. Which is where it will be fought in coming years. The Pentagon has no role in that battle.

Indeed, the Defense Department appears to be violating the financial restriction on military provision of abortion by underwriting access for any reason. One of the anonymous DOD briefers asserted: “these actions are fully consistent with federal law, and the department has worked closely with the Department of Justice, which has provided a legal written opinion on the — the authority to provide travel and transportational [sic] allowances that ensure the health of the force.” However, relabeling money used to procure an abortion as “reproductive health care” does not change its use to procure an abortion.

Abortion is a tough issue. Government regulation intrudes in a very personal issue. However, unlike many other social issues, there are two lives at stake. And except in the case of rape, the creation of the second life is the result of choice, personal choice by the person desiring an abortion. With life and liberty in balance, government has a necessary role to play. Protecting the unborn is a legitimate, even mandatory role for the state. Which should be respected, not undermined, by the Pentagon.

Doug Bandow is a former Special Assistant to President Ronald Reagan and is author of The Politics of Plunder: Misgovernment in Washington. A graduate of Stanford Law School, he is a member of the California and Washington, D.C. bars.