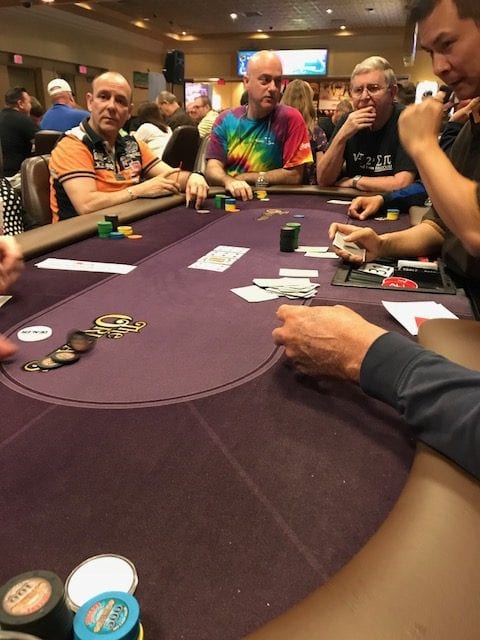 The form is simple, but the message is often deep. The haiku, a famous type of Japanese poetry, only consists of 17 syllables, with three lines made up of five, seven and five syllables. Apparently, when poker players aren’t sitting at the tables many of them spend their time coming up with poker haikus, as I have read many funny ones on various forums and blogs over the years.

Evidently, you can form a haiku for about any situation in poker, as these bursts of poems deal with everything from how you can’t ever seem to win with queens or kings to how much poker pro Phil Hellmuth cries when he loses. So print these out, stick them in your pocket and use them for mediation — or at least some solace — when you find yourself in some of these situations.

A lament of queens:

A lament of kings:

Do pocket kings win?
Always an ace on the flop
I should just muck them

A hand shakes and shakes
As my opponent looks down.
Can I lay down kings?

Why did I call him
With middle pair, no kicker?
It was not a bluff

Yes I have the nuts
Check, must hide my emotions
You’re all in? Thank you

A bad beat story
That my friends don’t want to hear.
I know a forum…

On a dream situation:

A discourse on Hellmuth (circa Tournament of Champions 2004):

About everyone’s favorite hand, “The Hammer”:

7-2 off suit
Who would have ever thought that
The boat was coming?