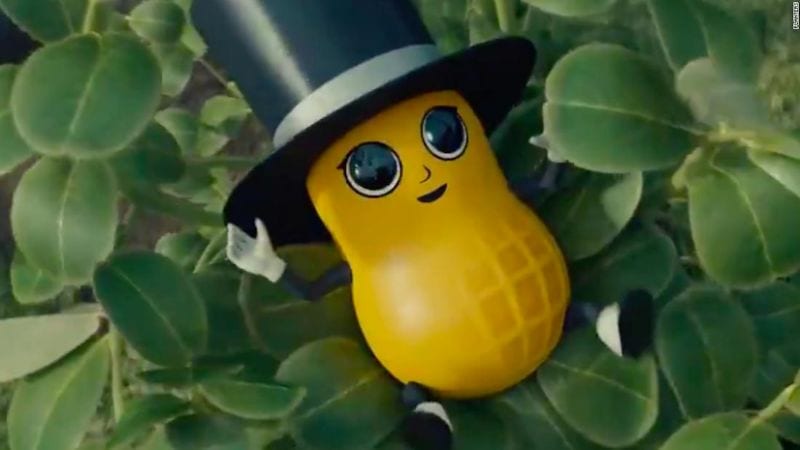 Every year, Americans tune into the Super Bowl as much for the commercials as for the football game. Super Bowl commercial slots are the most sought-after, and expensive, ad buys of the year, with rates of around $175,000 a second. This may seem excessive, but then again, a third of the country is watching.

With such an expensive ad buy, it’s important for advertisers to get things right. If they do, their ad can be remembered for decades, like Apple’s 1984 commercial. A good ad is able to balance eliciting emotion and successfully branding the product. But few ads this year did that. Some were bad simply because they were stupid; others were bad because of their “woke” messaging, which doesn’t appeal to at least half the country. Here are five of the worst, from least awful to most:

5. Between a Hard Rock and a Hard Place

A masked bandit steals Jennifer Lopez’s bedazzled cup at the Hard Rock Hotel and Casino. A Michael Bay–directed (yes, seriously) chase begins, in which J-Lo is assisted by Pitbull and others in tracking down the masked thief. The thief is caught, and he appears to be Alex Rodriquez, J-Lo’s fiancé, but the A-Rod mask is removed to reveal Miami hype man DJ Khaled. The advertisement sought to show off the features of Hard Rock’s Hollywood, Florida, location but was too over the top to be followed at all. The only thing that would have made the ad more ludicrous would have been an appearance from Ludacris.

Last week, Planters released a pre–Super Bowl ad in which the venerable Mr. Peanut dies in a fiery crash in his Nutmobile. On Sunday, many attended his funeral, including Mr. Clean and the Kool-Aid Man. A single Kool-Aid man tear falls onto the grave of the late legume, and a baby peanut emerges from the soil like a phoenix. No doubt trying to capitalize on the mascot-baby craze that began in 2017 with “Baby Groot” and met new heights in 2019 with the adorable “Baby Yoda,” Planters missed the mark. The peanut wasn’t anywhere near as adorable as his alien counterparts. A quick look at #BabyNut on Twitter will show just how hated the little goober is.

Verizon’s ad this year appeared to be a heartwarming salute to firefighters. Harrison Ford gives a narration of how Verizon’s 5G network will help first responders save lives, but that it can never replace their heroism. If this ad didn’t have associated baggage, it would be great. If, however, one remembers that in the summer of 2018 Verizon throttled the data of firefighters during the intense Santa Clara fires, the ad leaves a bad impression.

Women’s Skin Care company Olay placed an ad that posed this question, “Is there enough space in space for women?” The ad features serially unfunny comedian Lilly Singh and sitcom star Busy Philipps joining veteran astronaut Nicole Stott on a trip to space. The ad is all about women’s empowerment, but it’s stale. Katie Couric asks in disbelief, “Are people really still asking that question?”

The answer to that, in the real world, is a definitive “No.” In 1963, the USSR put Valentina Tereshkova in space, just two years after Yuri Gagarin. The United States has also been putting women into space since 1983 (Sally Ride), and just last year Christina Koch and Jessica Meir completed the first all-woman spacewalk. No one serious had an issue with this. Olay made a “woke” ad addressing a non-issue, a great example of the slacktivist “girl power”–style feminism that dominates the entertainment industry. Many are applauding this ad as empowering women and highlighting discrimination, but Olay’s parent company, Procter and Gamble, continues to do business with Saudi Arabian Sheikhs and wouldn’t dare make an ad criticizing the conditions women face in the KSA. It was far easier for Olay to attack a non-issue than something controversial and important.

1. Imuss pass on the hummus

Taking gold for the worst ad is Sabra, the most ubiquitous hummus brand in the country. Their marketers put together a star-studded ad this Super Bowl. It featured a slew of celebrities, including Ric Flair, Chester Cheetah, and retired quarterback Boomer Esiason. Among these longstanding celebrities were some new ones, including TikTok star Charli D’Amelio, Fortnite champion Kyle Giersdorf, and various other “influencers.” To anyone over the age of 30 asking “Who?” and “What’s an influencer?,” trust me, they’re not worth your time. Of course, most controversial was the appearance of two drag queens, “Kim Chi” and “Miz Cracker,” a Super Bowl first. The conservative group “One Million Moms” called for the ad to be removed as it could confuse children about gender roles, while many in the LGBT community applauded the raised visibility of LGBT figures. Sabra has had its share of controversies in recent years. It also earned the ire of the BDS crowd because of its parent company’s support for the IDF. Among far too many other similar ads this Super Bowl, this was just the biggest and baddest example of “Woke Capital.”

At least two good ads served as respites in the monsoon of nonsense on Sunday night:

In this ad, an elderly man uses his Google Assistant to help remember the things about his late wife. Just about every American knows someone who is affected by memory loss, an unfortunate price that comes with old age, and Google was able to capitalize on that. Several people at the watch party I attended literally burst into tears. The ad almost made me forget that Google blacklisted this site and that the Google Assistant is effectively a spying device. Almost.

As Scott McKay pointed out in his American Spectator column this morning, Bill Murray’s Groundhog Day–themed appearance in a Jeep commercial was a hit. The ad was nostalgic, simple, and funny. In the lighthearted revisitation of the classic movie, Murray and his groundhog traverse their forever day in a sporty Rubicon. (For some reason, car commercials are generally better than most: an honorable mention is this year’s hilarious Hyundai “Pahk the Cah” commercial, and who could forget Ram’s 2013 “So God Made a Farmer”?)

But even these passable ads will certainly be forgotten by the time football season resumes in September. Latching onto the latest trend, using shock and awe techniques, and fitting in as much “woke” as possible are the modus operandi of ad companies, and there’s nothing to indicate this changing any time soon. While we got adult drag queens this year, I wouldn’t be surprised an appearance from a “Desmond is Amazing” type in the coming years from the dangerously woke ad industry.