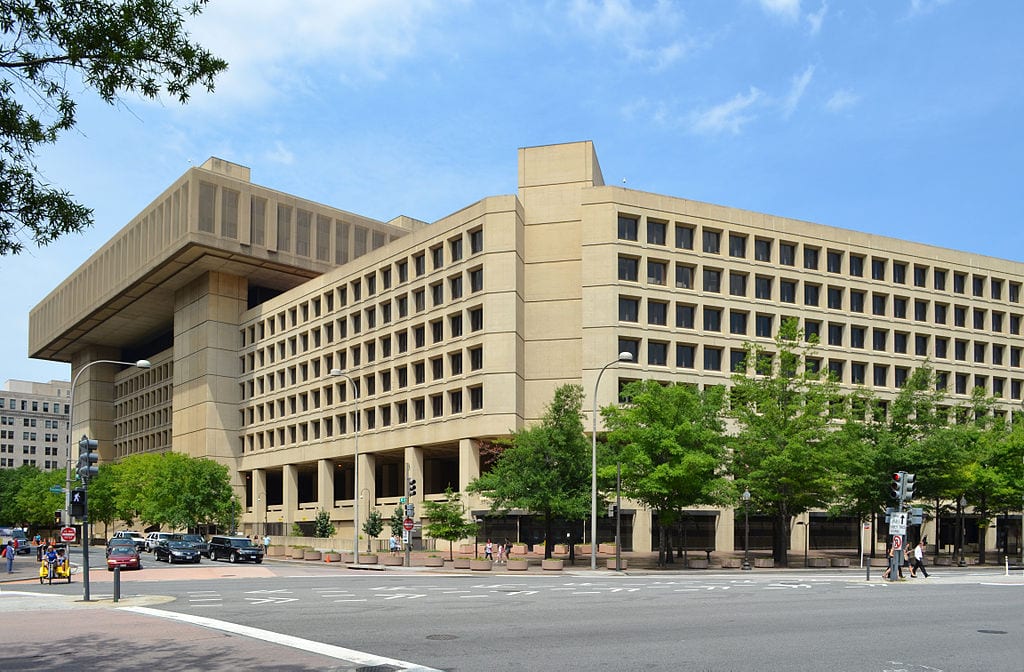 Political spinning about the Department of Justice’s Inspector General’s report that came out last Thursday is all about shiny bits and pieces of the report. It misses the events outside the report’s four corners that magnify its importance tenfold.

Let’s pull back on the stick, gain some altitude, and examine some of the more important facts. When we do, we have to conclude that the Augean Stables on Pennsylvania Avenue — the Justice Department building and, across the street, the J. Edgar Hoover FBI building — have to be cleaned out.

The IG’s report, which lays out the results of its examination of the FBI’s investigation into Hillary Clinton’s unsecured private email system, has many conclusions. The most important one is stated on the third page of the executive summary:

There were clearly tensions and disagreements in a number of important areas between [Clinton investigation] agents and prosecutors. However, we did not find documentary or testimonial evidence that improper considerations, including political bias, directly affected the specific investigative decisions we reviewed… or that the justifications offered for these decisions were pretextual.

As Kim Strassel of the Wall Street Journal first pointed out, all that means is that no one was stupid enough to say in writing or tell the IG that they made a specific decision on the basis of his (or her) personal political beliefs. That makes the conclusion a complete failure because it didn’t determine the most important fact: whether political determinations by the FBI determined the result of the Clinton investigation.

That brings us to Peter Strzok. Among the many FBI people who evidently abused their power to protect Hillary and investigate the Trump campaign, Strzok stands out. His pro-Clinton and virulent anti-Trump political beliefs are so well-documented elsewhere that I need not even mention them here.

From about Dec. 16, 2016 through May 23, 2017 he and his mistress — FBI lawyer Lisa Page — exchanged approximately fifty thousand text messages. (Both are married to other people.) Originally, the FBI claimed that it couldn’t find most of them. Some were later turned over to congressional investigators and more were revealed in the IG report.

What we do know, thanks to Catherine Herridge’s interviews with Devin Nunes, chairman of the House Permanent Select Committee on Intelligence, is that there was no intelligence coming from the “Five Eyes” intelligence consortium to indicate that there was any reason to believe Trump or his campaign was colluding with Russia to influence the election.

Five Eyes is made up of the U.S., UK, Canada, New Zealand, and Australia. If there were no Five Eyes alert, where did the information on which the Trump investigation was based come from? It was almost certainly the “Steele dossier,” the compilation of unverified anti-Trump material bought and paid for by the Clinton campaign.

We — and Congress — don’t know because the FBI has been stonewalling for many months over the HPSCI’s request that Peter Strzok testify before it.

Of the many questions these facts raise is, why does Strzok still have a job at the FBI? Most of the other apparent culprits have either been fired — such as former FBI director James Comey and former FBI deputy director Andrew McCabe — or have resigned, including Lisa Page, Comey’s chief of staff James Rybicki, and Comey’s FBI chief counsel James Baker.

Another big question is what, if any, role does Strzok still play, especially in deciding what documents and testimony are provided to Congress? If he has any such power, Congress needs to know right now.

And that’s not the half of what the Justice Department and the FBI have been denying Congress. Among the many examples of documents being denied congressional investigators are documents showing whether the FBI planted an informant in the Trump campaign. The president had to order the FBI to cooperate, telling White House Chief of Staff to force the point on that issue.

Another example is the Strzok-Page texts, which came out in the IG report and that Congress had not been given despite its requests. Many other documents, including some of those texts, have been severely redacted — portions blacked out — and the FBI has refused to even give Congress a privilege log showing the reasons for the redactions. The redactions are, at best, highly questionable.

All of those problems have brought about congressional subpoenas to the FBI that have been largely ignored. FBI Director Christopher Wray has supposedly assigned more agents to the task of responding to the subpoenas but the FBI still isn’t cooperating.

When it was rumored that Congress might consider holding Wray or Deputy Attorney General Rod Rosenstein in contempt (or even impeaching them), the FBI and DoJ went to the mattresses.

In a January 2018 closed-door meeting, Rosenstein threatened the HPSCI’s members and staff with retaliation for the subpoenas. According to a report by the indispensable Catherine Herridge, quoting a memo sent by the committee’s then-senior counsel for terrorism, Kash Patel, to the House Office of General Counsel, “The DAG [Deputy Attorney General Rosenstein] criticized the Committee for sending our requests in writing and was further critical of the Committee’s request to have DOJ/FBI do the same when responding.” Patel’s memo, as reported by Herridge, went further, saying that Rosenstein went “…so far as to say that if the Committee likes being litigators, then ‘we [DOJ] too [are] litigators, and we will subpoena your records and your emails,’ referring to HPSCI [House Permanent Select Committee on Intelligence] and Congress overall.”

Rosenstein was threatening Congress and staff members with personal retaliation for doing their jobs. He should be fired forthwith.

Rosenstein is the most powerful Justice Department official in these matters because Attorney General Jeff Sessions has recused himself from the Russia-Trump investigation. The next sentence is very hard for me to write. If Sessions doesn’t fire Rosenstein, he should be fired as well. I knew Sessions when he was in the Senate. He was a tough conservative and a good constitutional lawyer. He was, I believed, an excellent choice to be attorney general but his performance in the job has been a severe disappointment.

DoJ Inspector General Michael Horowitz will present his initial congressional testimony this week. One of the many questions that Horowitz should be asked is why the IG report says that it was “possible” that Hillary Clinton’s emails were intercepted or hacked by “foreign actors” — foreign nations and terrorist groups — when the facts indicate that they were.

According to a Fox News report (on a new HPSCI report that hasn’t been published), an email from Strzok says that foreign actors obtained access to Hillary’s emails, including at least one that contains secret information.  Does the FBI know what nations or terrorist groups were privy to Clinton’s classified emails? If it does, it should have to say which.

Later this week, Reps. Mark Meadows and Jim Jordan will introduce a resolution that would compel the FBI and Justice Department to give the HPSCI all of the documents it seeks on the Trump-Russia collusion probe. They say they will push hard for a vote on it by the entire House. House Oversight Committee Chairman Trey Gowdy said yesterday that the House would hit DoJ and FBI with their full arsenal of constitutional tools if they didn’t comply with the subpoenas. He added that the full House will vote on the Meadows-Jordan resolution later this week.

The FBI and DoJ stonewalling has gone on far too long. President Trump should intervene quickly and order the FBI and Justice Department to produce all of the documents and testimony – including that of Strzok – to Congress. If Messrs. Rosenstein, Wray, and Sessions don’t act immediately to do so, they should all be fired. If they aren’t, Congress should press forward to hold Rosenstein and Wray in contempt and possibly impeach them.

It’s long past time to clean out the Augean stables of the FBI and Justice Department. They won’t do it themselves, so the president needs to force the issue.