Bucha is a small town 20 miles from Kyiv. Last year, my girlfriend and I took a walk in a cozy park there. Generally, many Kyiv residents went to Bucha on weekends to get a break from the capital’s noise.

Today, this city is becoming a symbol of the genocide of Ukrainians. After the liberation of the entire Kyiv region from the occupiers, the scale of the atrocities of the Russian army became clear. The world saw shocking photos of mass graves with hundreds of killed civilians.

JUST NOW: “What you have behind me here is a mass grave.”

One of the most chilling/terrifying opens to a live report I have ever heard… from @fpleitgenCNN in Bucha.

“They are finding dead in Bucha all over the place. “pic.twitter.com/Z0C63eEJEC

Due to the fierce resistance of the Ukrainian military, the Russian army couldn’t create a bridgehead in Bucha to capture Kyiv. But the horrors they committed on Ukrainian soil will be written into history textbooks.

The horrible story is the same in other cities liberated from the occupiers: Irpin, Gostomel, Vorzel, Mila, and Motyzhyn. 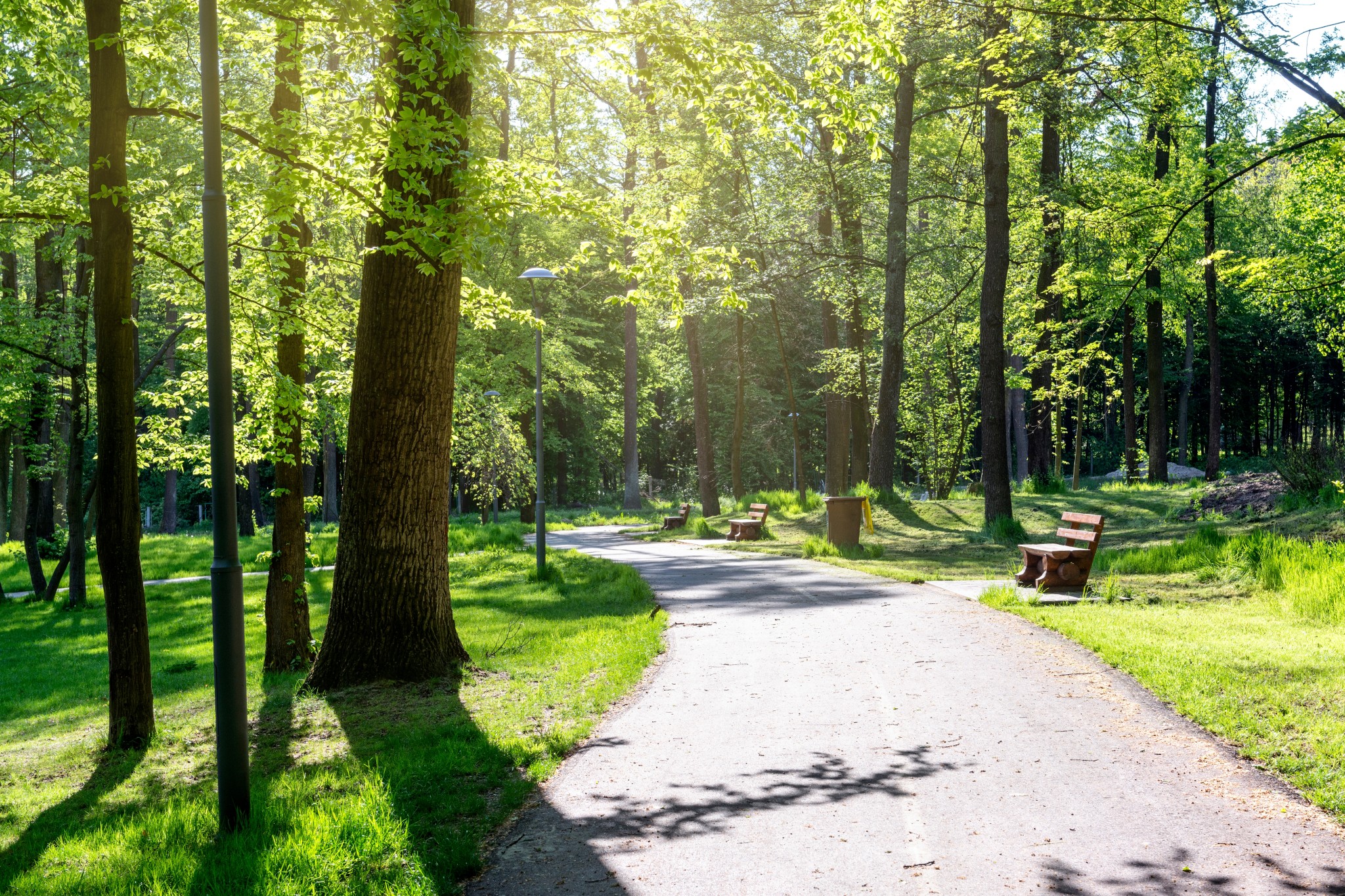 A park in Bucha, Ukraine. (Shutterstock/Mny-Jhee)

Why terrorize and kill those who do not pose a threat? Why did Russian tanks and infantry fighting vehicles shoot at newly built residential complexes? Why did the Russian military shoot at the heads of peaceful Ukrainians with their hands tied? Why did they shoot people who were riding bicycles or trying to evacuate by car?

Russians are torturing, raping, and killing Ukrainians. Both children and adults are victims simply because they are Ukrainians. It is genocide. Hitler sought to finally resolve the Jewish question and Putin seeks to destroy Ukrainians. It is his goal.

There were no social networks during the Second World War. People were shocked after the war when everyone saw the Nazis’ “death camps.” Today, everyone has access to the internet. The atrocities of Russians in Ukraine can be observed online in real time. Anyone can follow the hashtag #BuchaMassacre.

The West is beginning to realize the inhumanity of the Russian aggressor. Unfortunately, many more cities and villages of Ukraine which are occupied by the Russians will surprise the whole world. For example, we have not yet seen the picture of the catastrophe in Mariupol, which is 15 times bigger than Bucha.

Russia traditionally denies everything and lies, saying that the corpses in Bucha are a “provocation” and “not a single resident was injured.” But we are not particularly interested in the opinion of the criminal about his crime. The International Criminal Court needs to review the evidence of these mass crimes.

The world must respond to these war crimes as painfully as possible for Russia. Sanctions on Russia must be applied. The imposition of an embargo on Russian oil and gas is important. Increasing military and humanitarian aid in Ukraine is essential.

It is the only way to speed up the end of the war in Europe, which takes more and more lives every day.

Olexiy Minakov is a columnist at leading Ukrainian media outlets, including Radio Liberty, Ukrayinska Pravda, NV, and LIGA.net. He has worked in the Ministry of Digital Transformation of Ukraine, the National Institute for Strategic Studies, and the People’s Project charity organization.