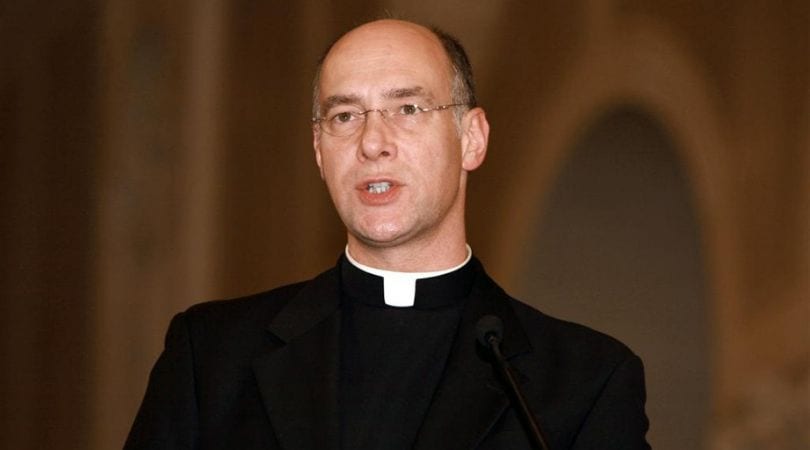 A Church insider approached me last year and asked if I knew about Monsignor Walter Rossi’s “hit-and-run” incident. In the mid-1980s, not long after his ordination to the priesthood in Scranton, Pennsylvania, and long before his rise to power as head of Washington, D.C.’s Basilica of the Shrine of the Immaculate Conception, Rossi got nabbed for a shameful series of bad judgments, according to the insider. He had “gotten drunk and was driving back to his rectory when he hit a bunch of parked cars and just kept going,” the insider says. Rossi returned to his rectory and fled to his room, where he “pretended to be asleep until the police arrived,” according to the insider. The police rousted him out of bed and showed him the proof that he had plowed into the cars. “He ended up losing his driver’s license for a year,” says the insider.

On Friday of this week, I went to the Basilica to ask Rossi about this incident. He wasn’t there. But his secretary, whose first name is “Precious,” said she would take my information and pass it on to Rossi. I won’t hold my breath for a call back. He has never returned one of my calls before, and I doubt he will start now.

While I walked around the Basilica — unmolested this time; a security officer admitted no “barring order” ever existed against me — Rossi’s furtive flunkies claimed total ignorance of the controversies swirling around him. “I know nothing about that,” said one Rossi surrogate with dyed black hair before scuttling away.

Rossi is famous for driving a posh Lexus and parking it in the spot closest to the Basilica’s doors. I learned recently, thanks to another Church insider, that the hit-and-run arrest wasn’t Rossi’s only brush with the law. In October 2017, he was picked up for “reckless driving,” presumably while tooling around in that Lexus in Virginia. In Lexington/Rockbridge General District Court, Rossi was found guilty of a misdemeanor and had to pay a fine.

Pope Francis once said that it pained him to see priests driving “fancy” cars. It must also pain the pope to see them driving those cars recklessly. Rossi’s hit-and-run could have been tragic had anyone been sitting in the parked cars he hit, and his reckless driving in Virginia could have turned tragic too. Long-time observers of Rossi say that he is too “narcissistic” to let such moments change and chasten him.

Archbishop Carlo Maria Viganò’s recent revelation that he received complaints in his capacity as papal nuncio in the United States — complaints to the effect that Rossi is a gay predator — hasn’t spoiled Rossi’s summer, evidently. “Just so you know, when Rossi had you kicked out of the Basilica, he had literally just gotten back from a week-long trip to an expensive villa in Venice with his lover Fr. Andrew Hvozdovic. Hvozdovic brazenly posted pictures of it on Facebook. They are completely unrepentant,” a well-informed source in Pennsylvania wrote to me.

Scranton priests have nicknamed Hvozdovic “randy Andy,” in light of his open homosexuality. He hangs gay beefcake shots in his rectory bathroom and has been known to display a statue of a crucified Jesus Christ “with an erection,” says a priest who has seen his various rectory residences over the years. “I would be willing to testify to seeing that disgusting statue under oath,” the priest told me. This same priest recalled Monsignor Rossi’s practice of taking seminarians to a louche Washington restaurant and holding dinners below a mural of a pagan orgy. “Rossi told us that that was his favorite restaurant,” according to the shocked priest.

I have written before about Rossi’s role in the Matthew Riedlinger scandal. Reidlinger was a priest from Trenton with whom Rossi allegedly had an affair during Riedlinger’s days as a student at Catholic University. Riedlinger was later ensnared in a sexting scandal involving Catholic University of America students whom Rossi has been accused of trying to pimp out to him. One of Riedlinger’s victims contacted me this week and urged me to continue my reporting about him. This young man readily agreed that Rossi had served as Riedlinger’s “pimp” and that the damage has been far more extensive than anyone realizes. He says that at least 23 victims of Riedlinger’s have “contacted” him, and that the diocese of Trenton is trying to buy their silence. “It is scary how much money is behind” the gay mafia, he says.

Riedlinger, these days, is married to a man and working at a furniture store in Wayne, New Jersey. Meanwhile, his presumed lover, pimp, and landlord (Rossi put Riedlinger up at his beach condo near Atlantic City while his sexting scandal unfolded) remains the head of one of the most important churches in the world — a church launched to honor the purity of the Virgin Mary and now bathed in the impurity of Rossi and his gay-mafia patrons.

Correction: An earlier version of this story stated that the reckless driving misdemeanor occurred in Montgomery County, Maryland. It occurred in Virginia.