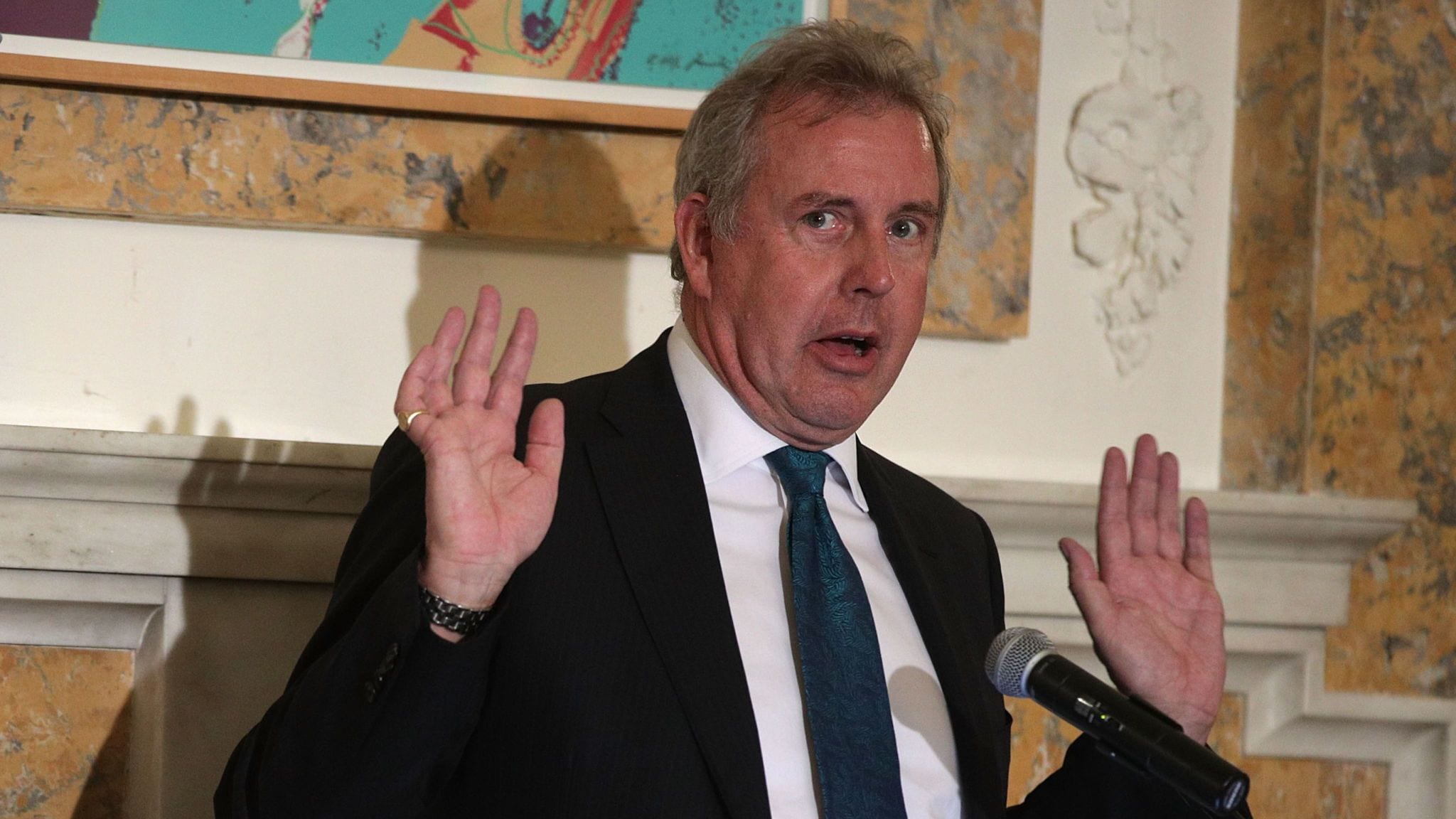 In 2015, the “conservative” Prime Minister of the United Kingdom, David Cameron, secreted over to Beijing and giddily made the United Kingdom a charter member of China’s Asian Infrastructure Investment Bank (AIIB). The following year, Britain was a key member of the plot to prevent Donald J. Trump from becoming the forty-fifth U.S. president. And, in 2019, it has been revealed that the UK ambassador to the United States, Sir Kim Darroch, loathes President Trump.

These actions that London has taken against its American partners clearly indicate a desire on the part of Britain’s leaders to downgrade the Anglo-American “special relationship.” While the British leadership may blame the rise of Donald Trump for this separation, the fact remains that this distancing began long before Trump became president. And as the geopolitical winds shift, Britain will only continue to distance itself from the United States, regardless of who is president.

Britain Cozies Up to China

The AIIB, a new Chinese-government-backed bank, was intended to underwrite the ambitious Chinese infrastructure program known as the Belt and Road Initiative (BRI). With the BRI, Beijing intends to link much of Eurasia and Africa together through Chinese-dominated land and maritime trading routes. China needs the AIIB to counter the monopoly on foreign-backed international loans that the U.S.-led International Monetary Fund (IMF) enjoys since Beijing cannot rely on the IMF to help to underwrite their Belt and Road Initiative.

Should the program be fulfilled according to the plans of China’s ambitious policymakers, China would become the dominant world power. The point of the BRI is not only to enhance China’s economic standing in the world but also to make it more difficult for Chinese rivals such as the United States to threaten Chinese goods coming from abroad.

Currently, China imports large stores of goods from overseas. Because these vital products must travel along U.S. Navy-dominated maritime trading routes — and given that both Beijing and Washington are experiencing increasing levels of hostility in their storied diplomatic relationship — Beijing knows that the United States can threaten its imports by blockading the distant waterways.

As the great marathon for global supremacy between the United States and China intensifies, the U.S. will need to galvanize a set of powerful allies to contain, deter, better compete with, and stunt China’s seemingly unstoppable rise. The United Kingdom, as America’s closest ally in the international system, plays a pivotal role in this undertaking. Yet Great Britain — a country with whom the United States has had a supposedly “special relationship” since the dark days of the Second World War — opted to undercut American efforts during the years of former President Barack Obama’s purported “Asia Pivot” to place a greater strategic emphasis on the Asia-Pacific in order to contain China.

The United States is not welcome in the AIIB (at least not as a charter member). This is basically a Chinese version of containment strategy, but in reverse: they are attempting to get as many states to sign on to their lucrative AIIB and to abandon (or at least weaken) the exclusive institutions that have defined the postwar world and enhanced American power and influence.

David Cameron’s Britain stabbed the United States in the back. But this wouldn’t be the last time “perfidious Albion” would engage in such treachery. The UK has agreed to give China $50 million for the AIIB. While this may not seem like much, it is but the start of London’s deepening involvement with China. Further, Britain’s involvement with the AIIB as a charter member gives China a major victory in terms of legitimacy. It also reinforces the notion shared by many other countries that the United States is in relative decline compared to China, and Great Britain’s decision to join the AIIB as a founding member implies that Britain is slowly moving itself away from its erstwhile allies in the United States.

Recently, the UK’s ambassador to the United States, Sir Kim Darroch, landed himself in hot water when his private, diplomatic correspondence with London over the last year was leaked to a breathlessly excited international press. In his official, classified assessments to his superiors in London, Darroch claimed that President Trump is an “incompetent” president — whose error-prone (in Darroch’s view) administration was “incapable” of correcting its mistakes and would end in total “disaster.”

In response, President Trump has declared his refusal to “deal” with Sir Kim; Trump also was apparently very rude to the current British prime minister, Theresa May.

Sir Kim’s comments punctuate an already strained Anglo-American “special relationship,” particularly in the Age of Trump. After all, the British government played a leading role in the reprehensible conspiracy that attempted to spy on, undermine, and ultimately defeat Donald Trump’s campaign for the presidency in 2016. British intelligence assets, after all, were instrumental in creating the false Trump-Russia collusion narrative, which has complicated the Trump administration’s ability to lead at every turn.

British intelligence — along with Obama appointees in the U.S. intelligence community and elements of Australian, New Zealand, and Canadian intelligence — worked to stop Donald Trump’s historic electoral victory. These transatlantic intelligence operatives believed that Trump was too unorthodox of a presidential candidate and that he would undermine their “special relationship,” which had been built over the course of decades. The role of British intelligence in the unwarranted counterintelligence “investigation” into the Trump campaign is an enduring symbol of how bad the Anglo-American relationship has become. But that deterioration, despite what Sir Kim may have asserted to his superiors in London, is entirely the result of British perfidiousness and London’s continued desire to distance itself from the United States.

The United States and the United Kingdom need each other. Yet it is clear that London is intent on making its “special relationship” with the Americans a bit less special. One hopes that they will recognize the folly in their current course. If not, it is England, not America, that will be the biggest loser in an Anglo-American diplomatic collapse.