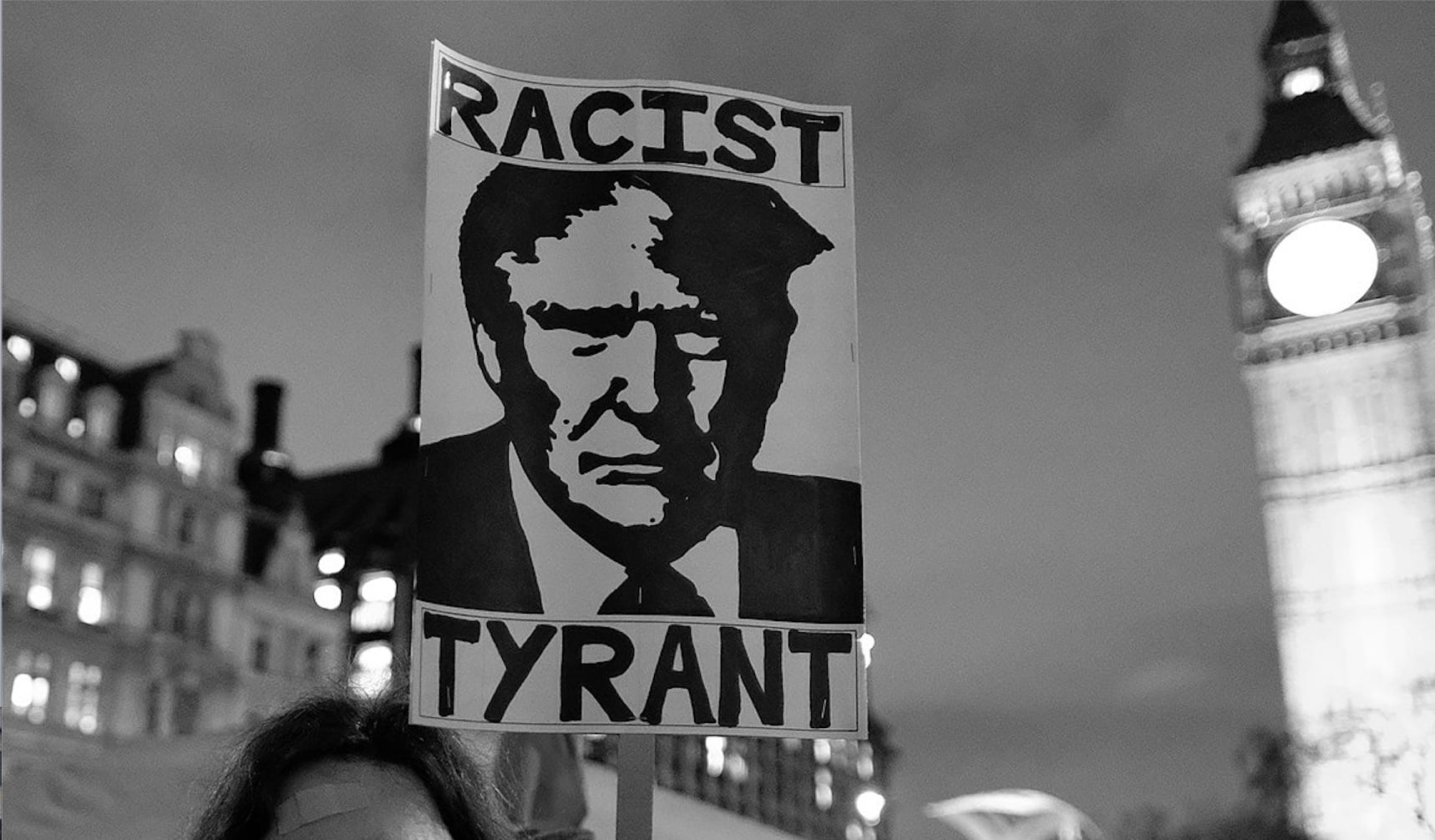 A major reason the Democrats and their media allies have failed to bring down the president, or seriously impede his agenda, is their refusal to abandon the caricature of Trump they created during the 2016 election. The most absurd feature of that image involves the claim that he is some sort of autocrat. It is all but impossible to read a daily newspaper, watch a network newscast, or visit a social media site without being told that his totalitarian behavior is destroying democracy. The Washington Post, for example, warned us Friday that our justice system is being trampled beneath Donald Trump’s tyrannical foot.

The Post’s Ruth Marcus denounced Attorney General Barr for playing “the role of presidential wingman” in Trump’s alleged skulduggery involving former campaign adviser Roger Stone: “First, we have a president who is an autocrat.… Second is the scary concept of Barr as firewall.” Oddly, Marcus didn’t object when erstwhile President Obama’s first attorney general, Eric Holder, literally bragged that he was the latter’s wingman. Yet Marcus believes that Barr’s relationship with Trump is far more sinister and that he was clearly lying when he told ABC News, “I’m happy to say that, in fact, the president has never asked me to do anything in a criminal case.”

Never mind that if the president wants to “interefere” with the justice system he doesn’t need to bother with Barr. He can simply pardon Roger Stone or anyone else. The main thing Marcus wants us to learn from this episode is that President Trump’s authoritarian inclinations constitute a clear and present danger to the republic and that Barr is a willing accomplice. This ridiculous “tyrant” trope has been a staple of anti-Trump rhetoric from the Democrats and the media since long before Barr became AG, of course. In February 2017, for example, Never Trumper David Frum published a lengthy essay in the Atlantic titled, “How to Build an Autocracy.”

Three years later, the primary contribution of Frum’s piece involves its comedic value. His predictions about Trump and his effect on the nation make Al Gore’s climate projections seem reasonable: “The 45th president has visibly aged over the past four years. He rests heavily on his daughter Ivanka’s arm during his infrequent public appearances.” Nonetheless, according to Frum’s prognostications, Trump has been able to retain firm control in both houses of Congress while ruling the National Security Agency and the federal bureaucracy with an iron hand. But by far the funniest of Frum’s predictions about  Trump’s authoritarian regime involves the fourth estate:

The media have grown noticeably more friendly to Trump as well.… Time Warner’s CNN unit worked ever harder to meet Trump’s definition of fairness. Under the agreement that settled the Department of Justice’s antitrust complaint against Amazon, the company’s founder, Jeff Bezos, has divested himself of The Washington Post. The paper’s new owner — an investor group based in Slovakia — has closed the printed edition and refocused the paper on municipal politics and lifestyle coverage.

In reality, of course, media hysteria about Trump’s authoritarian impulses is worse than ever. Last week, CNN ran an article under the headline, “Trump is learning from the dictators.” The same day, the Nation published a piece titled, “Republicans Have Made It Clear They Will Let Trump Become a Dictator. Will We?” The New York Times ran a column last week titled, “The Power Trump Can Wield Like a Dictator.” Saturday, Salon published a story under the headline, “Can we stop tiptoeing around the fact that Trump is behaving like a dictator?” Elected Democrats are, of course, repeating this nonsense. Here’s Rep. Jerry Nadler (D-N.Y.) holding forth in the well of the Senate:

If he is not removed from office, if he is permitted to defy the Congress entirely — to say that subpoenas from Congress in an impeachment inquiry are nonsense, then we will have lost — the House will have lost, the Senate certainly will have lost — all power to hold any president accountable.… This is a determination by President Trump that he wants to be all powerful. He does not have to respect the Congress — he does not have to respect the representatives of the people. Only his will goes. He is a dictator.

Well … not exactly. What would happen to Nadler in a genuine dictatorship? He would get a blindfold, a cigarette, and a firing squad. The publishers, editors, and writers of the above-noted publications and networks wouldn’t get even that much respect. They would simply disappear in the dead of night, never to be heard of again. If Trump were a true tyrant, any member of the state police apparatus crazy enough to arrest one of his friends would become intimately familiar with electrodes, strategic amputations, and the unimaginable horror of watching their loved ones being murdered before their eyes. This is what happens every single day, right now, in genuine dictatorships.

That people like Bernie Sanders, Pete Buttigieg, Elizabeth Warren, et al. are touring the nation publicly abusing the president in order to capture the Democratic nomination is proof that Trump is not a tyrant. In a genuine dictatorship, there would be no alternative party from which to challenge him. He has the power to obliterate entire cities, yet the worst any of these people can expect from our Oval Office “autocrat” is a snarky tweet. If the Democrats want to win, they will have to stop running against an absurd caricature and try to learn what the president knows that they have missed. The voters will be happy to tell them if they will just shut the hell up and listen.