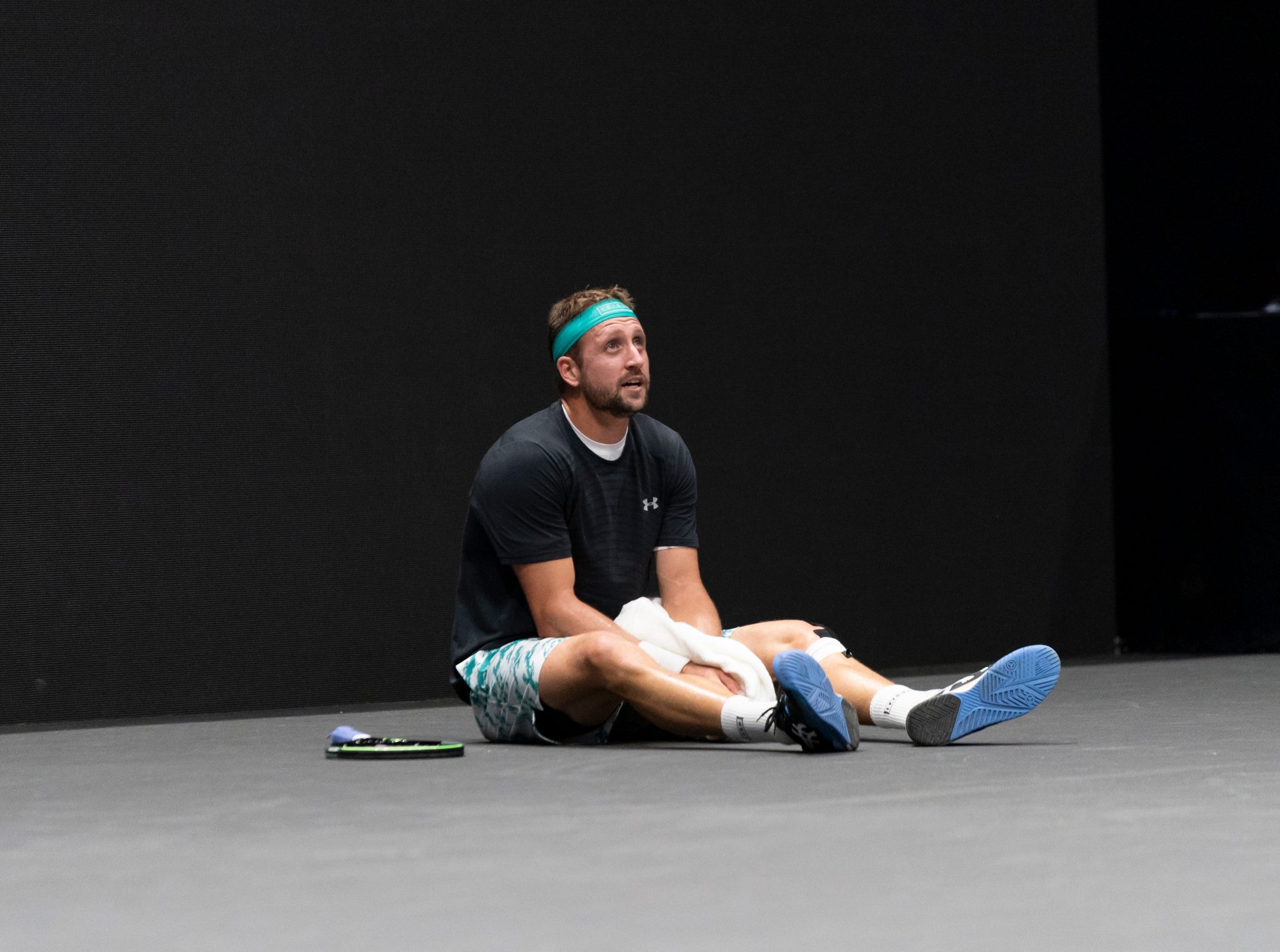 It was Yom Kippur and Tennys Sandgren, like Diego Schwartzman (and Sandy Koufax) a Bible man but unlike them not a Jew, played a gritty match that went into overtime, which you have to admit is how Yom Kippur feels when you social distance it. Against Hubert Hurkacz, he saved two match points with smart serves and gutsy rallies as they went way past 6-6, on account at the French Open the tiebreak does not resolve a fifth-set tie.

It was not the most-watched match of the day at Roland-Garros, site of the French Open tournament, nor even the longest so far. Lorenzo Giustino won a 18-16 fifth set over Corentin Moutet; others, in the past, have played even longer. This requires guts, so it is to be applauded. The weather chipped in, damp and chilly, affecting the balls as well as the fingers, the joints. One Englishman said you would not give one of these balls, made by Wilson, to your dog, but we won the American Revolution.

Vika Azarenka, who is from Minsk and, like young Hurkacz, ought to know something about variable climates, said it was ridiculous to play in wind and rain, and insisted on leaving the court until it was closer to what she wanted.  The ump decided she was right. But such indulgence does not apply to the men, which is as it should be. They are men, and they play, or plough, through weather that is mild by football standards.

Hurkacz held, and it was 8-9 with the American again serving to stay in the match. It was either one’s to win, depending on whose it was to lose. What I mean, Hurkacz missed a fairly easy shot at 40-15 and Sandgren tied it up again, 9-9.

Mr. Pleszczynski and I favor the old fair-and-accurate but we like both boys, who are in fact grown men, on account the one is from Wroclaw and Mr. P., though a Californian, has some family memories of that town, and plus, one of his and my favorites in the better halves’ draw, Magda Linette, lost her match.

It’d be nice to have one for Poland, what with at least some Americans, including Jack Sock and Coco Gauff, advancing boldly into the second round. But we like Tennys, whose name is from the family tree, not his home nor his sport, for his never-quit attitude and also he was assailed some time back by the p.c. for being “right-wing.” If you are a Bible man these days, you are “right-wing.” That makes me “right-wing,” but I never show it in these columns.

Rallies, flubs, changes of pace — signs of fatigue on both sides. Sandgren saves two, maybe three, match points. But he breaks at 9-9 and after some nail-biters on both sides he holds off several Hurkacz chances to break back, gets an ad he converts, and that does it. Good show. Be nice to be there. But who’s complaining?