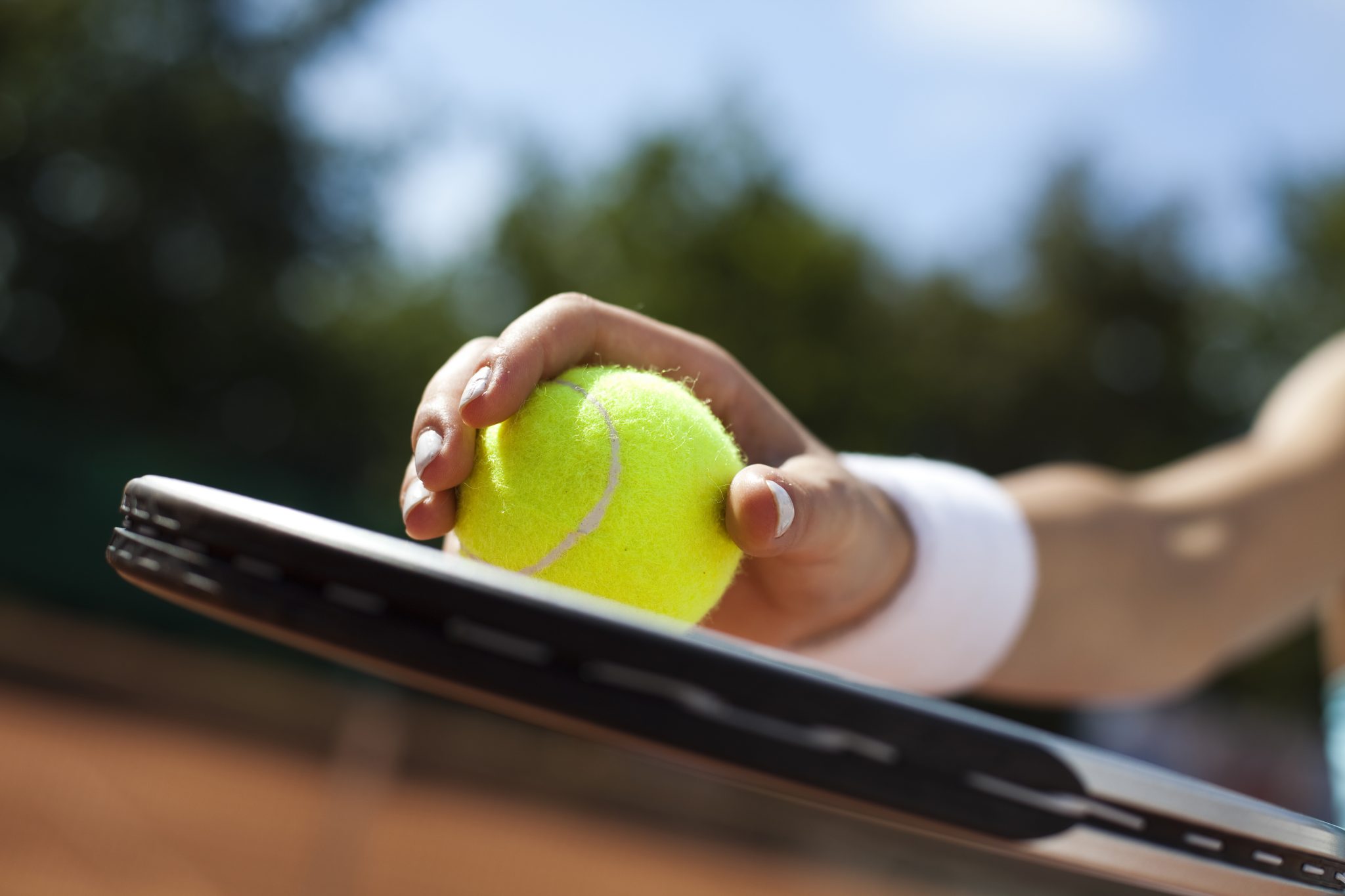 We were approaching the last weekend of October when Oumi, my better half — better three-quarters, Mr. Thornberry reminds me — took a dive. She has an important job keeping people supplied with health and other basics, and also she maintains morale by keeping them real. No mask, she says, no service, get out. You can say what you want about these precautions, they are the law in D.C. and in this particular neighborhood they appreciate the boost, the sense of etiquette, that may be their main purpose. One guy walked in and said if God wanted him to wear a mask he would have given him one. Oumi said so take you clothes off, if God wanted you to have clothes you’d ’a’ been born with them.

The customers cheered. The guy left.

In her country of origin they say, Dieu n’est pas obligé — God doesn’t owe you.

Thing is, the cops do not either. Though they always apologize after yet another report on brazen theft by roving gangs whose members they often can identify from video surveillance, absent weapons and violence it is a low-key crime that the city will not prosecute, and they will be back on the street without even posting bail. Keep ’em on the courts, my friends at the east side tennis center, the legendary WTEF, used to say, and out of court.

I am not sure exactly when it became easier to invent a system and blame it — maybe that was the attitude all along and the change was that grownups gave up on the kids, or began acting like them. Still, there are guys — real men — still out there, you see them in any park public or private where there are courts, basketball, tennis, baseball diamonds, and they are patiently working, teaching, raising boys toward manhood.

So they were boarding up the place in anticipation of rowdy acts inspired or at least defended by seditious factions, you noticed this across the city. Biking around, at first I thought what is this, an epidemic of broken windows? Where are thou, James Q. Wilson? No, Oumi explained, they think there will be riots if they lose. Who? I said. If who loses? Either, she said. You mean, I said, they will riot if they lose and they will riot if they win?

That is about the sum of it, she said, and then she tripped on one of these damn boards lying around that was supposed to cover a window pane, and it hurt pretty bad. Everybody wanted to call an ambulance, but she said what for, I will call my husband and he will come get me. But the next day everything hurt and she called in sick, so her boss said she should go see a doctor, even insisted.

Little did I mention it, but it was just as well to me she would be on sick leave during the last days of the campaign. Men protect their women, goes without saying, but what, you are not going to complain if accidents happen and you can insist they stay inside.

Those ambulance callers, she said, they wanted me to go to hospital and then sue the store, but I do not think that is right. Now the boss wants to be clear with her boss in case there is an insurance claim.

The system, I muttered. What? What system, she said.

The doctor in the neighborhood took a quick look and played the caution card and sent her to a hospital, and all this took up what looked like a whole day during which I had meant to ponder the ballot the D.C. government sent me (and her) in case we wanted to vote by mail. She had filled hers out and gone to a polling place already, which caused me more pondering, voting before the first Tuesday after the first Monday and using the mail when not physically absent.

But instead of pondering I fretted over her. Dropping her off at the hospital did not ease the mind; but I know where the tennis courts are, so since it was not recommended I stay at the hospital though it was not interdicted, I being next of kin and all, I said to her, just wait patiently, sweetie, and sit far from all other waiters, I’m near. She said, yes my heart, because she is trusting and valorous though stubborn and authoritarian as only women can be when they want to be. Go and look for a tennis game and don’t forget your ballot.

Nor you yours, I said, because there is an election in her country, her country of origin. But they are not mailing in ballots there because the strongman is in charge, and simply told the opposition they were disqualified, so they are not on the ballot, so there are single-man ballots, and are those ballots for real? Good tennis weather, year-round, but is that enough to make people happy? She said, do not change the topic.

I recalled that it was Jeane Kirkpatrick, a woman, to whom it occurred that authoritarian is not totalitarian and the distinction may have practical applications, but I lost my own thread while driving down South Dakota Avenue, seasonally leafy, calm, light of traffic. Is every man with his helpmeet, I thought. Or playing tennis?

The courts were empty under gray skies, but C was giving a lesson to two women at the Otis Street courts, all muffled up in thick sweats not microfiber, shouting instructions like a drill sergeant, and it looked deserted when I pulled up a few blocks away at Ft. Lincoln Park, but stepping out I could see there was a small kids’ class on the upper deck courts. It takes teachers to keep the world go round. Knowing this, Arthur Ashe got involved with WTEF in the 1980s, gave it a huge boost. The men out there knew him personally back then; he had inspired them to pick up racquets, and they never stopped.

On the playing wall side a much younger man was doing drills. I walked up the steps to take a look, and then I looked more. Fellow was hitting right to the middle then making a slight adjustment to work his right side, adjust again to work the left, pounding clean flat ones from the right, what looked like perfect Ken Rosewall slices from the left. I watched five minutes, six, seven. I began to think maybe he is going to play until it rains, but when he hit one over the wall, turned around — we traded grins.

On the court we started fast from the baseline and quickened the pace faster, kept the balls skimming low, just over the net, low bouncing skidding flat, wicked shots in the chilly afternoon, and we were soon in shirtsleeves. I did not hear the kids upstairs ending their lessons and coming down nor their teachers’ voices nor when they turned quiet and watched, though you can feel that; you can feel other eyes following each footstep, each swing, each flight.

I caught a ball and stopped, went to my bag, excuse me, got to call, please he said, polite. I found my phone thinking, he said please; they always say no problem. His language is like his playing, clean, true, terse. Can’t be over 30, slim, big shoulders, tall, fast. Oumi did not answer. I took out a new can of balls, and we went back to the baselines. We hit stronger, faster, cleaner. We hit volleys from the baselines when balls went long and kept the rallies going. There would be time enough for whatever time demanded; now play must not stop. But with the light changing I said it must, and seeing just a shadow of disappointment on his brow I offered, I must pick up my wife at the hospital. He said of course, please, see you, sure thing, what’s your name, call me, any time.

I thought they might end up keeping her all night, but as I passed the hospital on Irving Street the phone rang. Pulled over, picked up, she said they want a catscan, cannot say when. When she called again I was home on a second drink, no shower, can you come get me?

Mind you voted, she said; I could see her smiling. Ballot’s in the car, forgot, but now you mention, I’ll mind tomorrow. Ten minutes, kid. Any news from home, I added, trying to get in the last word maybe.

You never can. She said the opposition is unhappy because the president won, so they formed a transition government. The last time they tried this they had a tribal war, I thought I recalled. But it was too much for me, so I just said let it be, as in the Beatles. (So did the vast majority in the little country so poorly served by its pols, and after a brief day in the sun, the transition-to-whatever lot caved.)

And she was well, or well enough to come home. Ten minutes, I said again. Twenty if there is traffic. Which there will not be; the passion’s spent, for now.

The sun also rises, and the sun goes down. There is no remembrance of former things, nor will there be remembrance of things that are to come by those who will come after.

It is getting simpler to know what I should be minding; I stay close to what I mind without knowing, like a tennis ball skidding, mocking, and laughing, can you reach me, I laugh back, yes I can, at least until I can’t.