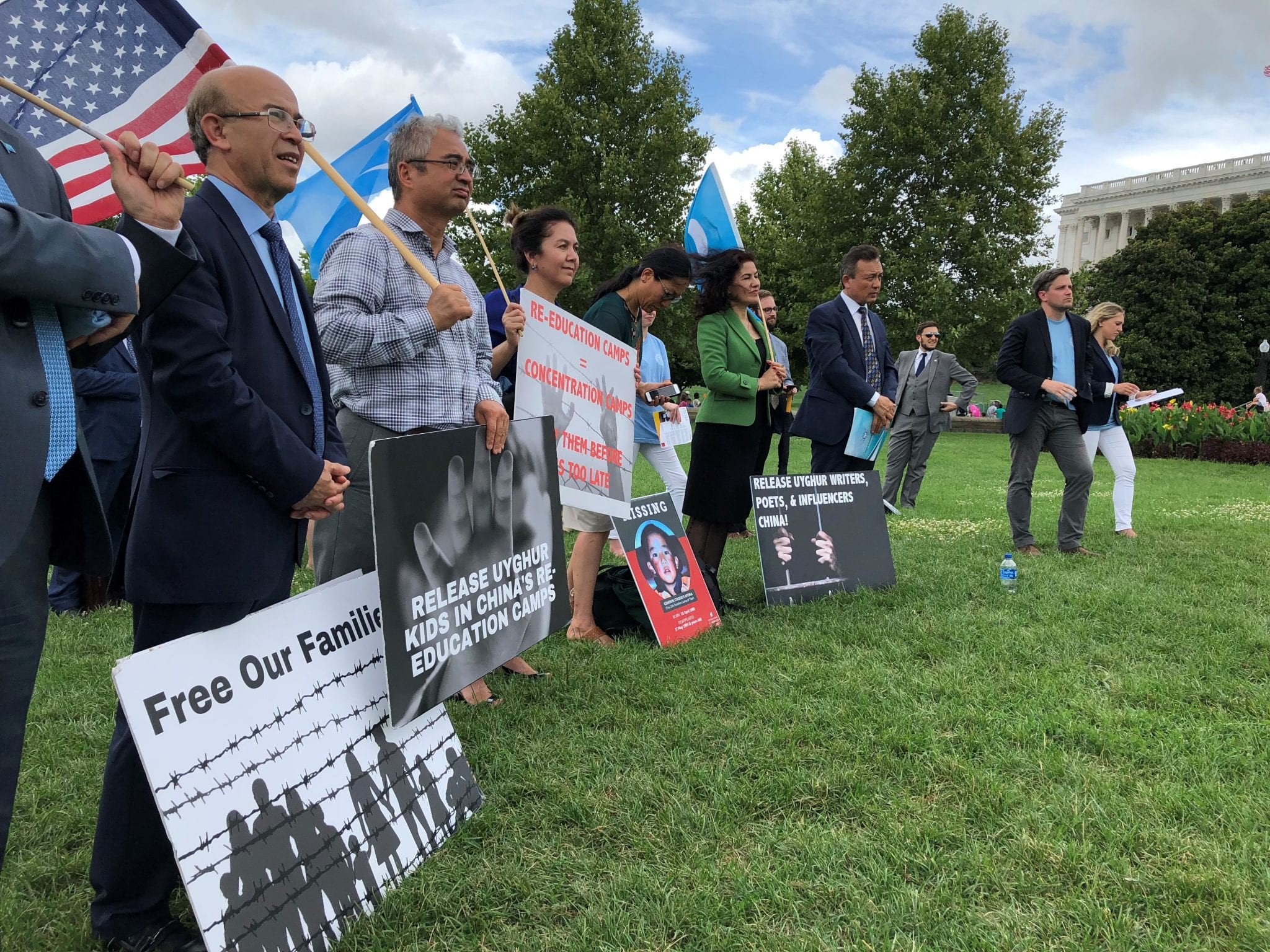 In honor of Captive Nations Week, the Victims of Communism Memorial Foundation hosted senators and victims of religious persecution on the West Lawn of the Capitol building to address the present abuses of Communism. Senators Ted Cruz and Alan Lowenthal, Pastor David Nguyen Cong Chinh, as well as other victims elucidated the threat.

Pastor Chinh spoke first.  Born in South Vietnam, Chinh saw first-hand the horrors and human rights abuses of a Communist regime. In turn, he assists those persecuted. But he has been punished for this. Accused of “threatening national security,” Chinh was “denied the right to prayer, or to see my family, put in solitary confinement for long periods, denied medical treatment, and abused by both prison guards and other inmates. Treatment it was told would not stop until I admitted my guilt.”

His family was forcibly displaced and threateningly surveilled. Chinh was coerced into Vietnamese military, charged of “advancing human rights and religious freedom.” He endured 11 “long years” in jail.

He has fled to California.

Lowenthal has adopted multiple prisoners of conscience, three of which, including Pastor Chinh, have been released from Vietnam.

Lowenthal celebrated the recent release of a Vietnamese American, Will Nguyen, by Vietnam. The Senator claimed that he “was convicted of a crime that he never committed…” and released thanks to pressure put on by America.

“What we’re gathered here doing today is important: it’s speaking truth. And a word of encouragement, the tyrants of the world fear truth, the tyrants of the world fear light, they thrive in the darkness and that’s why we must stand united in shining light in highlighting heroism, in highlighting courage, in speaking out for those like my family like so many millions across the globe who have seen the jackboot of communism first hand, who’ve seen the evil of communism first hand because when we shine in light, when we speak the truth it’s exactly the same when Ronald Reagan stood before the Brandenburg gate  and said ‘Mr. Gorbachev, tear down this wall.’ That was viewed by the cognoscenti, that was viewed by the media, that was viewed by the intellectuals as hopelessly naïve and disconnected. And yet that same light and truth brought the Soviet Union crashing down. Tore the Berlin Wall to the ground. You know Ronald Reagan famously said that ‘The point those on the left never seem to notice about the Berlin Wall is that the machine guns all point in one direction.’ You know the same is true for my father’s homeland in Cuba. The thing that the apologists for Communism never seem to notice is that the rafts in Key West are only going in one direction.”

When asked about the media turning a blind eye on the reality of Communism, Cruz told the Spectator, “For far too long, there have been apologists for communism and those who simply ignore its deprivations. The value of a group like Victims of Communism is it shines the light on the millions who’ve been imprisoned, who’ve been tortured, who’ve been murdered as a direct result of that failed ideology.”

Cruz Concluded: “People vote with their feet, with their lives, and people stand for freedom and we the American people we stand in solidarity in support of human rights and in support of freedom. God bless you.”