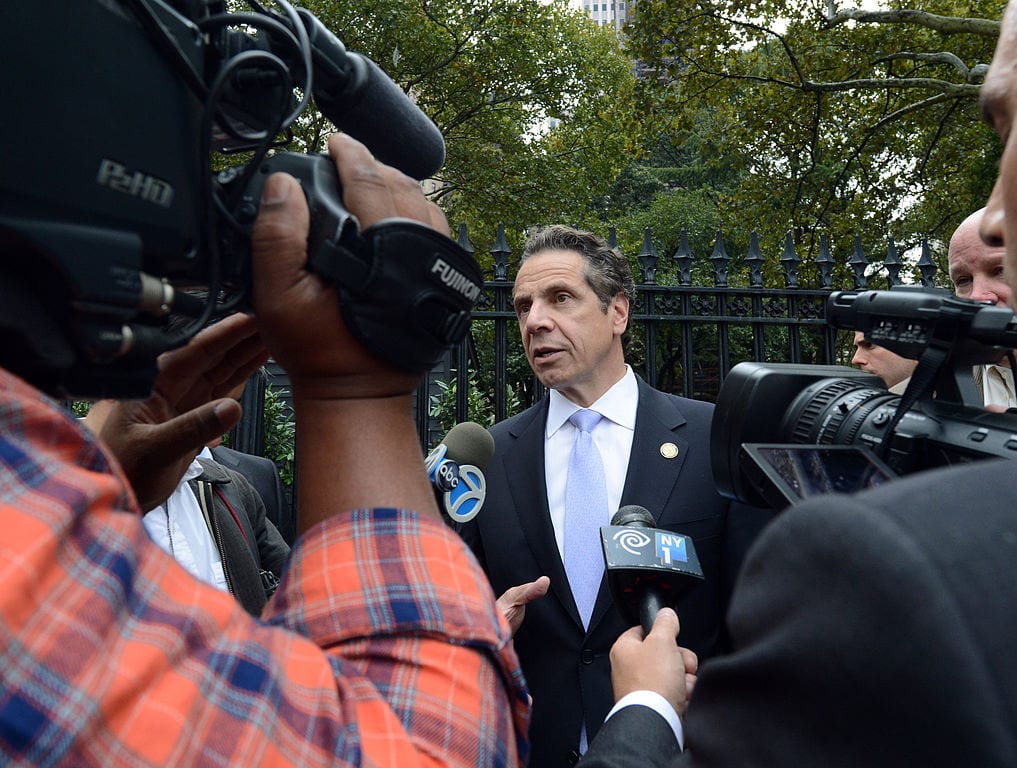 The governors of New York, Connecticut, and New Jersey joined forces last week to announce they’re suing Uncle Sam. They’re trying to torpedo the new $10,000 ceiling on how much state and local taxes their residents can deduct when paying federal income taxes.

The three governors sounded like buffoons, making far-fetched claims that the $10,000 cap violates the U.S. Constitution. Nonsense. Their lawsuit is a P.R. stunt to mislead high earners in their states that relief is on the way.

The truth is, for years being able to deduct state and local taxes numbed taxpayers and coddled taxaholic politicians. Now the jig is up.

In New York, the top 1% of earners provide 42% of the state’s income tax revenue. These one-percenters deducted $500,000 a year on average for state and local taxes. As of January 1, their deduction is capped at $10,000, making it painfully expensive for them to continue living in New York.

The governors are worried the one-percenters will flee to low-tax states. After all, New Yorkers bear the highest state and local tax burden in the nation. Connecticut and New Jersey are almost as bad. Seven states — including Florida and Texas — don’t tax income at all. Why live in tax-hell if you can move to tax paradise?

No wonder the three governors are concocting claims the cap violates the Constitution’s “equal protection” guarantee and the principles of federalism. Expect these claims to be thrown out of court in a nanosecond. Fox News legal analyst Andrew Napolitano predicts the states will even be ordered to pay Uncle Sam’s court costs as punishment for their frivolous lawsuit.

But tax provisions have always impacted states unevenly. Federal deductions for using solar panels benefit Hawaii, California, and Arizona, far more than Maine and Minnesota, where nearly half of homes can’t use solar.

The Sixteenth Amendment, empowering the federal government to tax income, clearly states the burden does not have to be apportioned among the states in any particular way.

As for deductions, Cuomo, New Jersey’s Governor Phil Murphy, and Connecticut’s Governor Dan Malloy would have you think deducting state and local taxes is a “right” under the Constitution. No way. The Alternative Minimum Tax already eliminated these deductions for many filers without any constitutional problem.

The U.S. Supreme Court has ruled deductions of all kinds are a “legislative grace,” totally up to Congress.

Unlike the one-percenters, most residents of New York, Connecticut, and New Jersey are benefiting from the new federal tax law. The near doubling of the standard deduction, together with lower rates, and other changes, more than offsets the cap for them. Only 34% of New York filers, and 40% of Connecticut and New Jersey filers items itemized before the new tax law, and even fewer will after.

But blue state politicians are desperate to keep high earners from fleeing. California Democrats are even floating a scheme to deem certain state and local tax payments “charitable contributions” deductible for federal tax purposes. This farce is unlikely to fly with the IRS, which has ruled repeatedly that a payment is not a charitable contribution if the payer receives something of value in return.

On January 16, Cuomo unveiled his proposed $168 billion state budget — roughly twice as large as Florida’s, a state with two million more residents. Florida is hardly a backwater. New Yorkers should be asking why they have to pay twice as much for state services as Floridians do.

Instead of filing nonsense lawsuits and scheming to deceive the federal tax authorities, Cuomo and his fellow big-spending governors should get busy finding ways to slash the waste in their own state budgets.