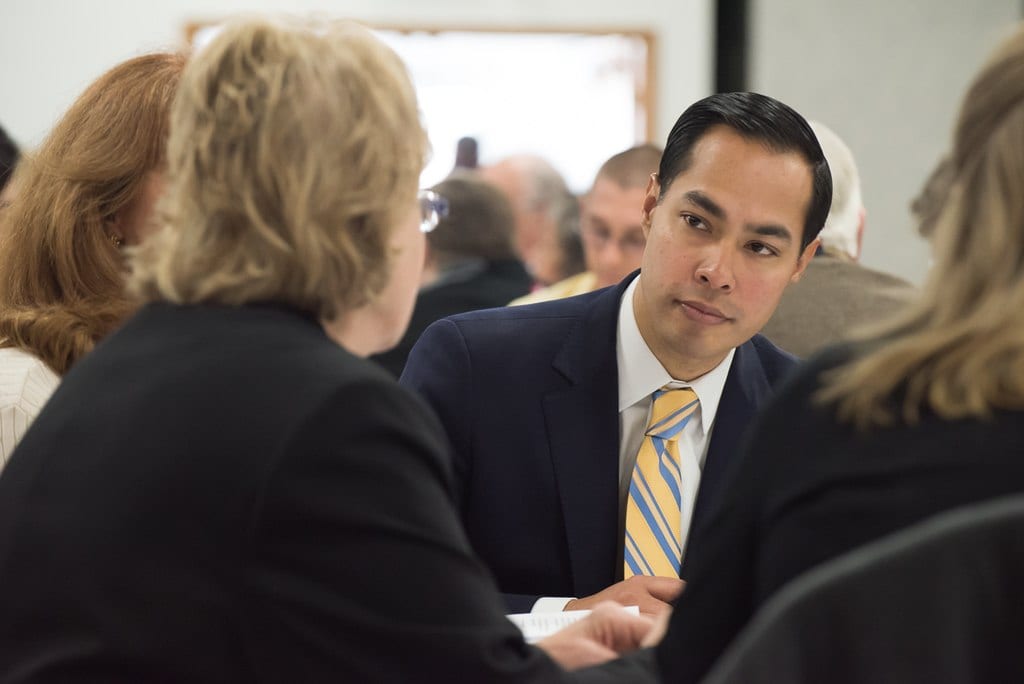 In the wake of Rep. Alexandria Ocasio-Cortez telling Anderson Cooper on 60 Minutes that she wants a 70 percent income tax on the superrich, Democratic presidential aspirants outdo one another in endorsing a rate hike.

“There was a time in this country where the top marginal tax rate was over 90 percent,” presidential hopeful Julian Castro, for instance, noted to ABC News. “Even during Reagan’s era in the 1980s, it was around 50 percent.”

Taking from the rich to give to the federal government does not guarantee greater income equality. It assures more creativity from accountants to shield wealth from the Internal Revenue Service and discourages economic activity by punishing it. A better way to spread the wealth involves growing the wealth. Progressives interested in greater equality could achieve this end by altering the tax code — just not in the demagogic, tax-the-rich way imagined.

The path to mitigate inequality involves more employees owning the business for which they labor. This involves incentivizing productivity, not disincentivizing it as Castro and Ocasio-Cortez suggest to do. It also involves simplifying a code whose labyrinthian structure offers too many people too many places to hide.

Revoking double taxation on C-corporations would enable workers to become greater stakeholders. Employee tax returns could include salary, bonuses, and dividend income with credit for tax paid by the C-corporation. The alternative is limited liability corporations, in which all income gets taxed on the shareholders through K1 tax forms. Revenue loss to the federal government would be reduced since pension funds and endowments don’t pay income taxes.

Employee ownership should extend to public companies with no double tax.

The tax code favors subchapter C-corporations over limited-liability companies, taxing the former at 21 percent and the latter at a top possible rate of 37 percent. LLCs, unlike C-corporations, must file in every state in which they operate.

Employees cannot, at least without great difficulty, own shares in LLCs. Restructuring the code to tax all businesses at that lower rate, to allow for workers to become shareholders for LLC, and facilitate a one state fits all filing process would do much to spur employee ownership, given that the vast majority of business do not incorporate as C-corporations but as pass-throughs of some sort.

Including options with capital gains rates on realization will even out equality in net worth. Employees receiving dividends as though options were exercised would promote income equality. This treatment of options should limit options to 15% of shares outstanding.

The complexity of the tax code, such that many intelligent people remain puzzled when confronted with its intricacies, favors some business models over others. Simplify it. And treat businesses equally to whittle down inequality. Make it easier for businesses to give workers a stake and more money comes to workers, businesses, and tax collectors.

Rather than a worker-owner dichotomy existing in the code as it does in political rhetoric, reform it to encourage workers becoming capitalists. While Elizabeth Warren, Bernie Sanders, and Alexandria Ocasio-Cortez may wish to punish capitalists with punitive rates, the workers they purport to speak for wish not to kill the rich but to become them.