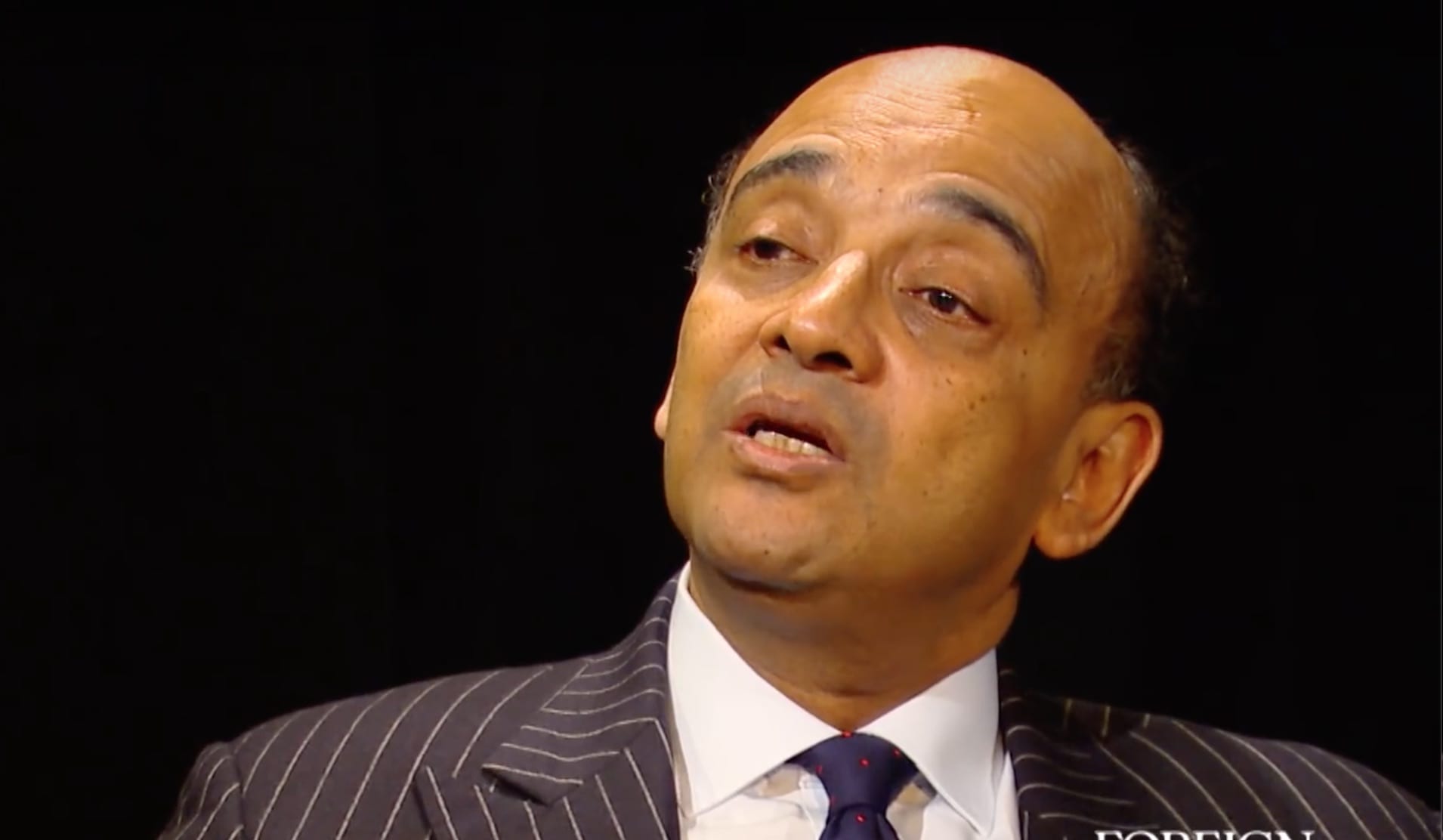 They can write “The Ethicist” in the New York Times Magazine. Kwame Anthony Appiah is kind of Ann Landers for the postmodern world. One conflicted liberal recently wrote in — anonymously, of course — noting that the person’s son was in private Montessori school, “but I can’t afford to keep him there when he starts kindergarten.”

Like any good progressive this person believes “that free public education is an important aspect of our society,” but the local public schools just aren’t, well, the best for the writer’s son. However, there’s a state voucher program. As one would expect, the decent liberal parent is convinced “that taxpayer dollars would be better spent to fortify public-school systems and should not be funneled to private schools.” But this is the person’s son! So would it be okay to apply for the voucher?

A second writer, whose name also was withheld, worried about the appropriateness of taking a tax break through a 529 educational account. After all, this person also claimed to be “a big supporter of public education.” Would it be okay to use the deduction?

The Ethicist said of course! As we know, being a progressive means having no responsibilities, no limits, no obligations. Most important is to feel good about oneself. Never mind the principles being sacrificed!

One’s kids come first. Indeed, explained Mr. Appiah, “you should take all the tax deductions you’re legally entitled to.” Just because you purport to be a liberal dedicated to the expansive, redistributionist state doesn’t mean you have to behave like one. Said the Ethicist: “you don’t have a duty to pay more than you are required to by law just because you and people like you are benefiting from bad policies.”

Obviously, the choices available in a free society are preventing progressives from living their lives according to Left-wing scripture. So friends of freedom should get behind tax reform to help prevent liberals from backsliding and acting like greedy conservatives, thereby denying Uncle Sam needed revenue that should be treated as his in the first place. Then Washington could, in its beneficence, decide how much the rest of us get to use for our own selfish purposes.

In fact, liberals need a special tax code. That would require expanding the 1040 a bit. But doing so should bring in substantial revenue. And, more important, the new rules would redeem the lives of fallen progressives. No longer would they need to write to The Ethicist seeking absolution for decidedly unliberal behavior.

First, under filing status, add Liberal/Progressive and Socialist. That designation would determine tax rates and eligibility for tax “loopholes,” as well as special duties not applicable to other, less enlightened taxpayers.

Next add language to exemptions indicating that Ls/Ps are not entitled to any write-off. Ss receive a negative exemption for every dependent, which means adding to their taxable income.

Line 7 for wages would be expanded. Those checking L/P would add a 25 percent surcharge. S’s would include a 50 percent boost. S’s with three homes, think Bernie Sanders, would get their own special levy, and all the pleasure that comes from adding 100 percent extra income.

Line 8b, for tax-exempt interest, should be revised to make all interest taxable for Liberals/Progressives and Socialists. 9b for qualified dividends would treat dividends as ordinary for tax purposes. Business income, line 12, would include the same surcharges as for wages. Any business loss would be treated as zero for Ls/Ps and Ss. What good socialist tries to earn a profit?

Capital gains, at line 13, would be subject to normal income tax rates for Ls/Ps and Ss. On line 15a, IRA distributions would be doubled for Liberals/Progressives and trebled for Socialists. The same for pensions and annuities on line 16a. These private retirement incomes properly belong to government. In a perfect Bernie world, they would be seized for redistribution for those without private benefits.

Rental real estate, on line 17, is evidence of capitalist oppression. Any such income would be doubled for Ls/Ps and quadrupled for Ss. (I mean, what self-respecting socialist charges anyone rent?) Line 21 lists “other income.” The instructions would encourage Liberals/Progressives and Socialists to be creative in making up fake income, to counter-balance fake news.

Next come write-offs against total income. They would be severely restricted. For Ls/Ps and Ss, no educational expenses (line 23); all educational spending should go to public schools. No extra deductions for reservists (line 24), though the tax break obviously would remain for artists and government officials. Health savings accounts (line 25) would be verboten. After all, all health care should be paid for and provided by government. No deduction for half of self-employment tax paid (line 27) — instead, Ls/Ps would pay a surcharge of one-third and Ss of two-thirds. Someone has to shore up Social Security and Medicare!

Of course, no deduction for Liberals/Progressives and Socialists for self-employed retirement plans (line 28), self-employed health insurance (line 29), and individual retirement account (line 32). All of these involve money taken from government. Student loan interest (line 33) could be deducted by Ls/Ps and Ss only for government loans. Nor could tuition and fees (line 34) be deducted by Ls/Ps and Ss. Education is supposed to be public.

After adjusted gross income, which should be substantially inflated for those who believe that government is being shortchanged of necessary revenue, come further adjustments. Ls/Ps and Ss could only take the standard deduction (line 40). No fake itemized deductions for those who want more government to make the world a better place. And as noted earlier, no exemptions (line 42). Also barred would be a series of unfair tax credits: foreign (line 48), education (line 50), and retirement savings contributions (line 51). People should pay more, not less, if they are earning money overseas. And, again, education and retirement are government responsibilities. Government should spend everything in this area.

Then there are all the tax extras that Liberals/Progressives and Socialists should add. Self-employment tax (line 57) should be hiked one-third and two-thirds, respectively, for them. So should unreported Social Security and Medicare tax (line 58). Additional tax on IRAs (line 59) should be doubled and quadrupled, respectively — retirement contributions should be going into the Social Security trust fund. Household employment taxes (line 60a) should be five times higher for Ls/Ps and ten times higher for Ss. After all, how can genuine liberals/progressives, let alone socialists, have servants?

For Liberals/Progressives and Socialists the “health care: individual responsibility” tax (line 61) would be revived. Line 62, which covers miscellaneous taxes, would encourage Ls/Ps and especially Ss to include taxes which they should owe, as a matter of social justice. No reason to hold back, just because conservatives aren’t on board. Finally, anyone on the Left would be expected to eschew taking the many tax credits for which they might be eligible. No nontaxable combat pay election (line 66b), American opportunity tax credit (line 68), and net premium tax credit (line 69).

If at this point a L/P or S was still due a refund, he or she should start over, and be more aggressive in finding ways to owe more. To address this terrible, embarrassing circumstance line 75, for amount overpaid, would be amended to encourage Liberals/Progressives and Socialists to make up fake income. You really don’t have to be honest with the IRS if you are claiming more money than you actually received. The subsidiary forms also offer frequent opportunities for Ls/Ps and S/s to inflate their taxes. Doing so just requires commitment and creativity — and determination to do one’s leftist duty to humankind.

The Ethicist has unaccountably encouraged those with more refined moral sensibilities to shirk their duty to the collective. Congress and the president should help. It’s time for tax reform directed at Liberals/Progressives and especially Socialists to ensure that they pay all they pay, and even more.

Doug Bandow is a Senior Fellow at the Cato Institute and a former Special Assistant to President Ronald Reagan. He is author of The Politics of Plunder: Misgovernment in Washington.