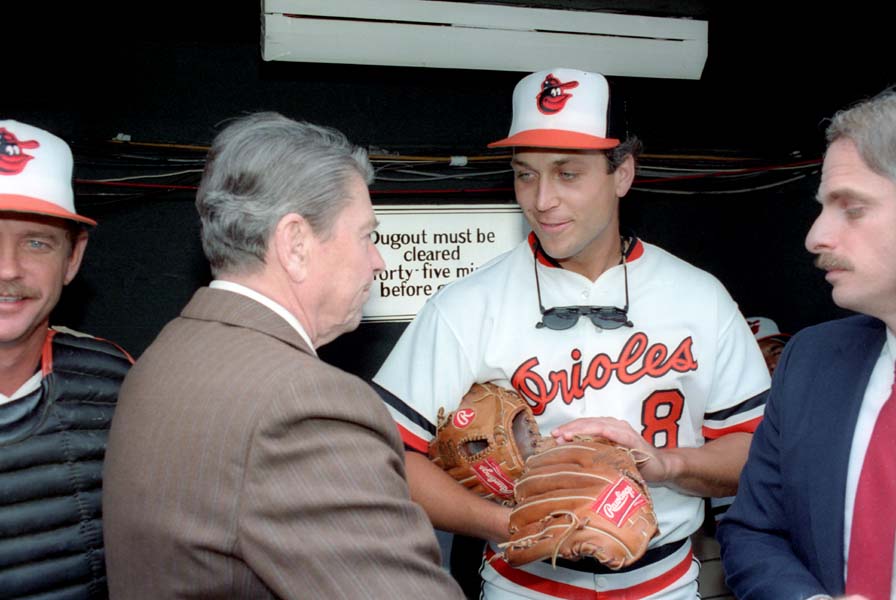 Sheltering in place has hardly been onerous chez Thornberry so far. The fridge and pantry are chock full. We have ample supplies of beer and wine, along with a bit of single malt and about a half bottle of Early Times. I’ve plenty of books to read and DVDs to watch. But the big and unexpected pleasure in these socially distant days is that ESPN Classics and MLB-TV are filling their airtime with some fine old baseball games from the seventies and eighties.

Friday morning I watched a Yankees–Dodgers World Series game. There was a big rhubarb over whether or not the Dodger left-fielder trapped or caught a sinking line drive. The ump called trap, and the left-fielder was livid. That indignant outfielder was an incredibly young-looking Dusty Baker. Also prominent in the rhubarb was a feisty Tommy Lasorda, who did not yet look like the “before” example in a Jenny Craig ad. On the announcing side, Al Michaels looked so young he probably would have been carded if he had tried to order a beer.

This is really fun. I hope fans of the Grand Old Game have time to tune in while they’re maintaining social distance. Watching these games from the seventies and eighties confirms what I’ve long thought and now have confirmed. The game was better back then. It moved more quickly because hitters could make contact with the ball and came to the plate to hit, not to run up the opposing pitcher’s pitch count. There was more action. And the game was not interrupted by call challenges, when a team of umpires, defense and prosecution attorneys, and Talmudic scholars in New York with more computer equipment than NASA had when we went to the Moon take 10 minutes to decide whether the ball or the runner’s foot made it to the bag first. (What on Earth are they doing to take so long? Filing motions and counter-motions? When the world wakes up and appoints me Commissioner of Baseball, I’m giving the game back to the umpires. They aren’t perfect. But neither are the players or the fans. Call ’em fast and walk away tough.)

The old games benefitted from waaay fewer strikeouts, which take a while and aren’t that much fun to watch. In an old Cubs game, the announcers made a big point about how Dave Kingman had struck out 131 times on the way to 48 home runs the previous season. This was thought to be a disgraceful number (the strikeouts, not the home runs). Now even second basemen strike out more times than this. There was also comment that a pitcher was “really bringing it” at 92 mph. Now “junk pitchers” throw 92. (Hell, the ball girl probably throws 92 now.)

I don’t recall seeing a single tattoo the entire week. And almost all of this hitting was done without the benefit, if such it is, of batting gloves, which were still called golf gloves back then (and should be now). While there were plenty of mustaches, sideburns, and hair poking out from under baseball caps, there were no Prince Valiant hairdos. Even Oscar Gamble, playing for the Yankees then, had somewhat domesticated his Afro in order to meet the Pinstripes’ rigorous grooming code. The players all wore stirrups, and no one had uniform pants that covered their shoes. (How some contemporary players can avoid stepping on their own pants legs is beyond me.)

There were some production plusses back then too. There weren’t as many replays or all those isolated views we benefit from now. But on the upside the screen was not cluttered with all the graphics crap that is considered essential now by everyone except those who just want to see the games. Especially gratifying was the absence of that #$%^&! strike-zone box that disfigures every televised baseball game these days. Whoever decided that baseball fans need to be shown where the strike zone is at the cost of putting a bunch of screen junk between the viewer and the game should be hanged in public. At home plate. Just before first pitch.

The only downside to all these diamond delights was that so many of the games featured the supremely irritating Howard Cosell, inserting his irrelevant and uninformed observations in that voice that mobilized thousands of mute buttons. I’d rather listen to cats being dragged backwards through a hedge than to Howard. (Steady on. Just an imaginary comparison. No cats were actually harmed in the writing of this column.)

Tune in, guys. The Grand Old Game never looked better. Catching up with these fine practitioners of the baseball art is an excellent way to pass the time while not working or buying toilet paper. I hope and trust the whole world will not be put on hold too much longer thanks to the current rampant and villainous bug. I look forward to returning to the robust life we enjoy in this prosperous and very interesting America. But after watching these very good games, I’m in no hurry to see the return of the current lot of grossly overpaid MLB hitters who can’t seem to make contact with a five-and-a-half-ounce ball in their three-plus-hours games.

I do hope this malignant virus eventually goes away. And, all complaining aside, I’ll still watch the current boys of summer when they return. But let’s keep these fine old games available.