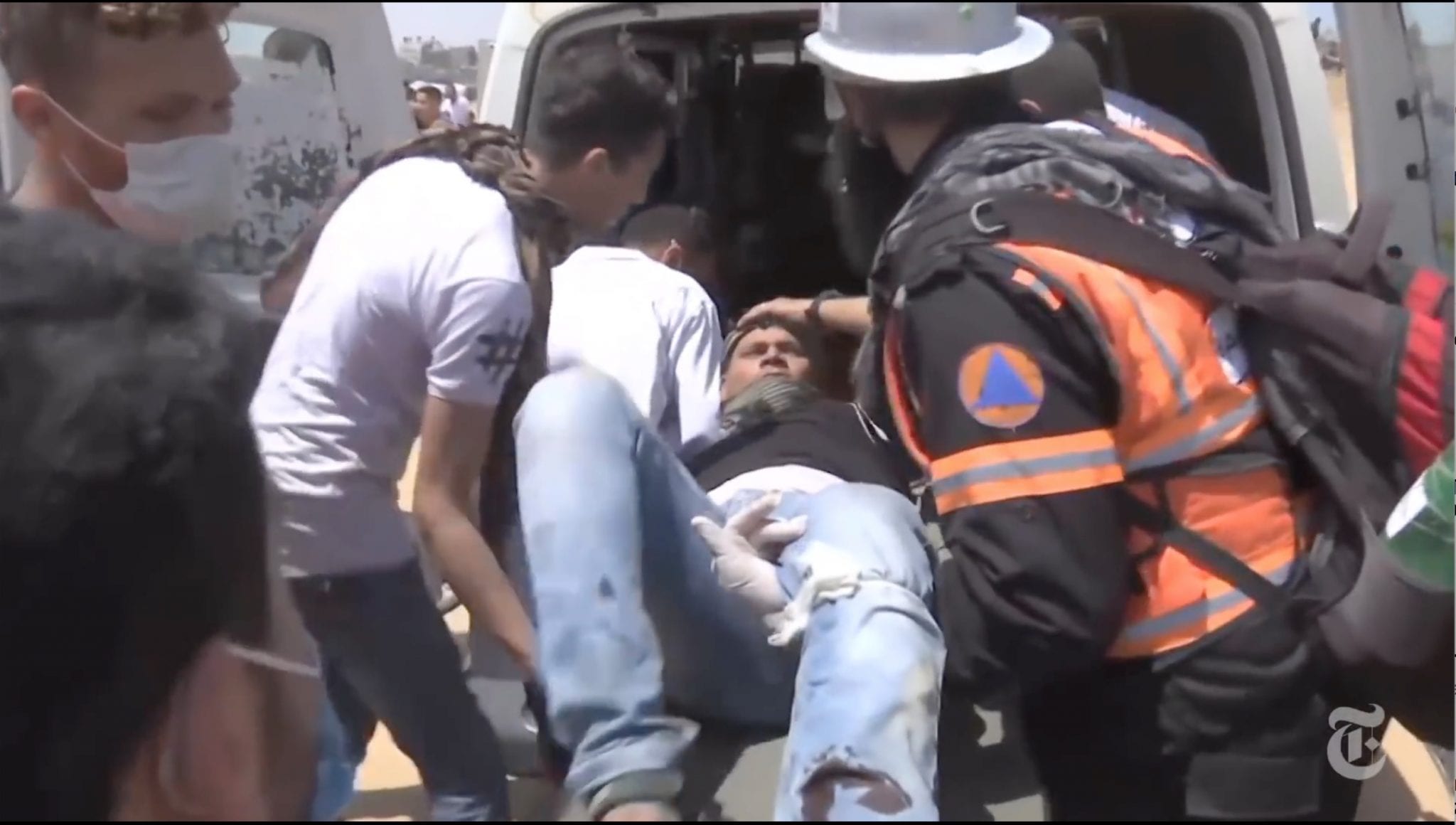 Many fatalities among demonstrators on the Israel-Gaza border, horror, outrage. Two thousand or more wounded, with substandard, inadequate medical facilities to treat them, so many will die of infections or live with broken limbs, chronic illnesses, shock, trauma.

This is more than public opinion should tolerate. It behooves, especially in the free and democratic societies of the Western democracies, to deplore, denounce, condemn, these grotesque and unnecessary violations of human dignity and human rights and human decency, of civilized norms. With one voice, all: enough barbarism.

The criminal leaders of Hamas and other self-declared leaders of the Palestinian Arabs must be indicted, arrested, brought to justice.

The thing is this: among the Gazans, no one is going to criticize Hamas or urge his neighbors to refuse to demonstrate against the border with Israel — certainly not live to tell about it. The Palestinians are, altogether sincerely, in a condition that can only be described as mass hysteria. They are like the Germans who rallied in Nuremberg in the late 1930s. They are like the massed fanatics who swarmed over the U.S. Embassy in Tehran in 1979. They are like those mobs in the Indian subcontinent who on the basis of a loose rumor go after their neighbors, screaming for blood.

We will rip the hearts out of their bodies, their leaders say. We will kill every Jew between the river and the sea. We will burn them and take everything that was theirs and make it ours.

The question that must be posed is this: Can the United States coordinate with Israel in the arrest and detention of the Palestinian leaders who are making no effort to hide their deliberate policy of insuring that their own people are killed and maimed? Why not do it? These people are known, their whereabouts are known, and our and Israel’s security agencies are capable of apprehending them.

When you think about it, this would be a far more effective way to promote democracy than our failed democracy-promotion and nation-building programs. To wit:

The psychological shock to the Palestinian people — and all manners of other people who have been trained since childhood to blame Israel’s existence for their problems — would be severe, yes; but it would be followed by a deep sense of relief, even liberation. Imagine! These cruel masters whom we have followed all our lives are weak, cowards even. They surrendered when surrounded, though they always told us to go down fighting, as martyrs.

Maybe, the thought would continue, instead of watching them invest the billions of dollars they have received through all kinds of aid from the EU, the UNRWA and other United Nations agencies, and even the U.S. and, amazingly, even Israel, into training us to be suicide-murderers (and their own bank accounts), we could seize the money meant for us and use it to turn our children into doctors, engineers, writers and artists. After all, the Israelis invest massively to make doctors, engineers, writers, artists, and by all evidence it has not made them weaker than us — quite the opposite.

The shock of the simple idea! Out of defeat, liberation. Out of failure, victory. The U.S. message would be clear: You want to choose life and hope and the future, get yourselves a half-decent government and get real about the way the world works. You will not, we can assure you, find better allies, once you turn that corner, than your Israeli neighbors. You will become the Singapore, the Hong Kong, the Switzerland, the Delaware of the Middle East.

You tried death and despair, and it has brought you, oddly enough, nothing but grief. Try this instead.