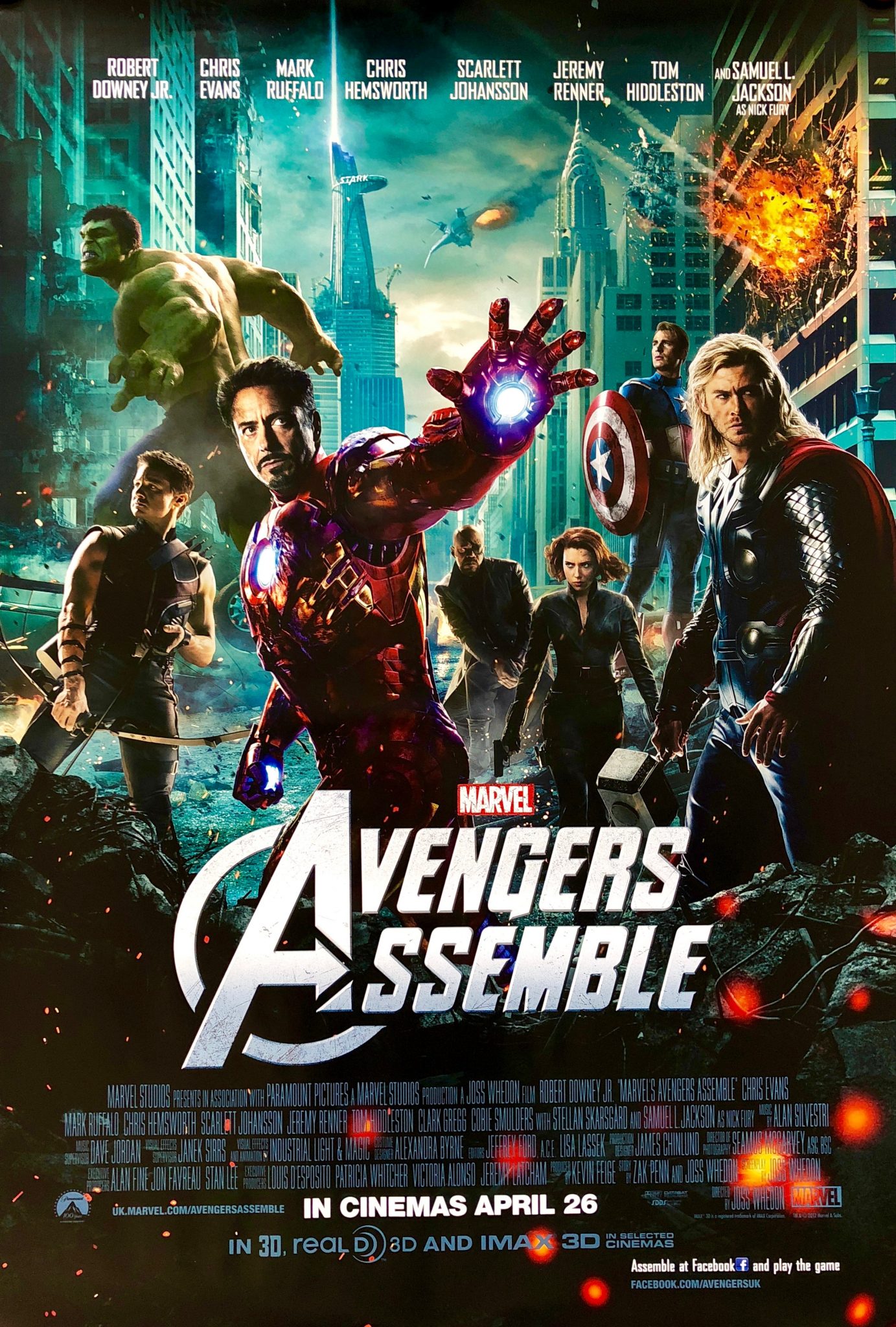 Every time I walk out of a good superhero movie, I feel the same way. I experience a sense of longing, realizing that life should be more than just doing the dishes, going to work, and doing the dishes again. It seems silly to say, but as I step down the stairs, throw away my popcorn, and head back to my car, I walk a little differently, striding as though something important lies ahead.

The desire for adventure is a human one. But more than that, the audacity to believe it is achievable, and just beyond the horizon, seems to me a belief that is uniquely American. The spirit of the Founders, explorers, and settlers of our great nation lives within us. Superhero films capture this yearning perfectly and leave us wanting more.

Superhero movies as we know them today are a relatively modern phenomenon. High-budget blockbusters have replaced campy romps on the small screen. There hasn’t been a single Marvel Studios film that has made less than $130 million in the United States. But that’s the low end. Avengers: Endgame made just over $858 million, taking in $357 million globally on its opening weekend. A YouGov poll before the movie’s release last year found that half of Americanadults planned to see the film.

By now, Americans know the genre well. Almost twelve years after the release of Iron Man and almost fifteen after the release of Batman Begins, the plot of each film has become relatively predictable: world is in peril, world needs hero, hero is in peril, hero solves personal peril, hero saves world. Each film has an attractive lead, several expensive explosions, a couple of jokes to lighten the mood, and numerous punches that land unrealistically well. Even though we basically know what lies in store, we keep coming back for more. It’s familiar. It’s enjoyable. It’s, as the Dispatch’s David French puts it, “the McDonald’s of American arts. And everyone loves McDonald’s.”

I see these films as the tract home of the movie world. They’re all made of the same stuff, but each has a few unique features. That doesn’t make them bad. They’re dependable, and — shocker — people like dependability. Tract homes have allowed millions of Americans the opportunity to own real estate. Much like superhero films, they are accessible, and furthermore, a uniquely American invention.

But both tract homes and superhero films have been rejected by the elites of our society as lacking any form of artistry. In an interview with Empire, Martin Scorsese, director of the Oscar-nominated The Irishman, said about watching Marvel movies, “I tried, you know? But that’s not cinema. Honestly, the closest I can think of them, as well-made as they are, with actors doing the best they can under the circumstances, is theme parks.” Theme parks: yet another thing Americans really like.

Superman made his first comic book appearance in 1938, toward the end of the Great Depression. Perhaps out of a desire to escape the perils of day-to- day life, fans ate up the comics, making Superman a fast hit. The hero’s support for “truth, justice, and the American way” quickly became a staple of his persona. Other comic book creators soon followed suit, and in 1941 an even more blatantly patriotic chap took center stage. Captain America’s first cover started out with a bang, or should I say a “pow,” when he gave Mr. Adolf Hitler a good ol’ punch in the face. After a lull in the comic’s popularity, the hero went into retirement, later returning to comic shelves as the “Commie Smasher.” 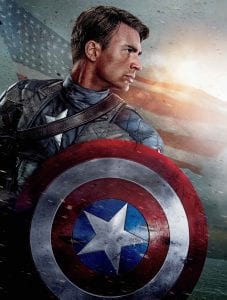 Captain America has largely carried on his patriotic legacy. At the end of Avengers: Endgame, when it seemed like the battle against Thanos had been all but lost, a hobbled Cap, with broken shield in hand, stood before the villain and his armies alone, yet undeterred. As David French said in a recent podcast, “If that doesn’t say #Murica. Name a better movie moment.” (Brace yourselves, reader. I’ll be quoting the illustrious Mr. French once more before this article is complete.)

Sadly, in a 2011 comic, Superman renounced his U.S. citizenship. While DC Comics co-publishers Jim Lee and Dan Didio assured the New York Post that the hero “remains, as always, committed to his adopted home and his roots as a Kansas farm boy from Smallville,” Superman’s own words told a different story: “Truth, justice and the American way — it’s not enough anymore.”

Every age of film has its own genres of blockbusters. Remember westerns, melodramas, musicals, and gangster films?

Besides this incident, the superhero comic and film industries have remained almost fully committed to what made them successful in the first place. Thereason for that commitment seems fairly evident. Superhero movies are basically made for their profitability. The industry gives its fans what they want. And guess what? They don’t want vague international virtue-signaling. They want to be entertained.

The bulk of Hollywood elites have become enthralled with what they see as their responsibility, as the enlightened architects of the culture, to descend into the cave and inform us primitive creatures about the wide world outside. Every time a film’s characters fail to get the happy ending they deserve, we’re told by the film’s director that real life doesn’t always end happily. They tell us this as if we didn’t already know it to be true, as if everyday Americans weren’t better equipped than they to determine what real life is like. But superhero filmmakers lean in to fan service, crafting storylines around consumer desires.

David French writes, “There are critics who decry the dominance of superhero movies, warning that the cinematic experience is too ‘comic-book-ified.’ But American art forms always get that flak. We’re just too simple. We don’t appreciate the ‘finer things.’ Well, real Americans respond that a great joke, a big battle, and a loud soundtrack are the finer things. And, by golly, while the elites might not like it, regular folks round the world can’t get enough.”

Every age of film has its own genres of blockbusters. Remember westerns, melodramas, musicals, and gangster films? All blockbuster genres. But now, with many years passed, we can appreciate what made those movies brilliant. Similarly, superhero movies aren’t devoid of artistic value or cultural significance.

In Captain America: Civil War, our heroes are faced with a choice. They’ve just witnessed the destruction of Sokovia, a tragedy which was in many ways caused by their own hubris. The Avengers must now choose whether to cede their power to an international governing body or continue to operate independent of oversight. Other superhero movies, including The Incredibles, deal with that same quandary. These simple films have exposed broad audiences to discussions of individual liberty and more complex aspects of political theory, such as the relative value of geopolitical multipolarity. But just ignore that, because, after all, these movies are “not cinema.”

If superhero movies went out of fashion tomorrow, some other hero genre would take its place. Brian Kaller writes for the American Conservative,

All human cultures have had superhero tales, from Gilgamesh and Odysseus to Robin Hood and Zorro. When cultures are at their peak, they write about the heroic ideals to which they strive, as Sophocles did of Ajax or as Vergil did of Aeneas. During the Depression and World War II, the U.S.’s peak of power and conflict, it began creating superheroes, an image of what we would like to be.

When cultures abandon that heroic ideal, when they acquire the “philosophic indifference” of Gibbon’s latter-day Romans, the culture is in deep trouble.

No matter the form in which they reveal themselves, hero stories will always be present in American life. Maybe it’s in the water, or maybe it’s in our blood, but I am convinced that Americans don’t show up to these films just to be entertained. They go to be inspired. Stasi Eldredge, in her book Captivating, asserts that all women desire to “play an irreplaceable role in a great adventure.” She continues, “Sometime before the sorrows of life did their best to kill it in us, most young women wanted to be a part of something grand, something important. Before doubt and accusation take hold, most little girls sense they have a vital role to play; they want to believe there is something in them that is needed and needed desperately.” It seems clear that this principle applies to men, as well.

Many Americans feel a similar longing to my own when they walk out of the theater. A small hole exists inside each of our hearts, waiting to be filled. Superhero films fill that void for a few hours, but when the credits roll, we feel the empty spot once again.

When I wrote my first draft of this piece, I remarked that our country was more prosperous than it had ever been. Just a few months later, that is no longer true. I reflected that prosperity didn’t constitute ripe ground for exciting exploits. Though I never wished suffering on this nation, we certainly have received it. When the world aches with hardship, that usually serves as a wake-up call to those seeking a life of consequence. But how can you go on an adventure from the comfort of your couch?

All good heroes have to properly strategize their biggest battles. Use this time to plan yours. Pray for those on the front lines, and prepare to help those left in the wake of this crisis. Then, watch your favorite superhero film. Use that small longing you feel as motivation to make a difference.

When life begins to return to normal, answer the call of the Americans who came before, the superheroes unencumbered by latex and capes, and set out on a mission all your own.

Haley Victory Smith is an breaking news reporter at the Washington Examiner and a contributor for Young Voices. Follow her on Twitter: @Haley_Victory.