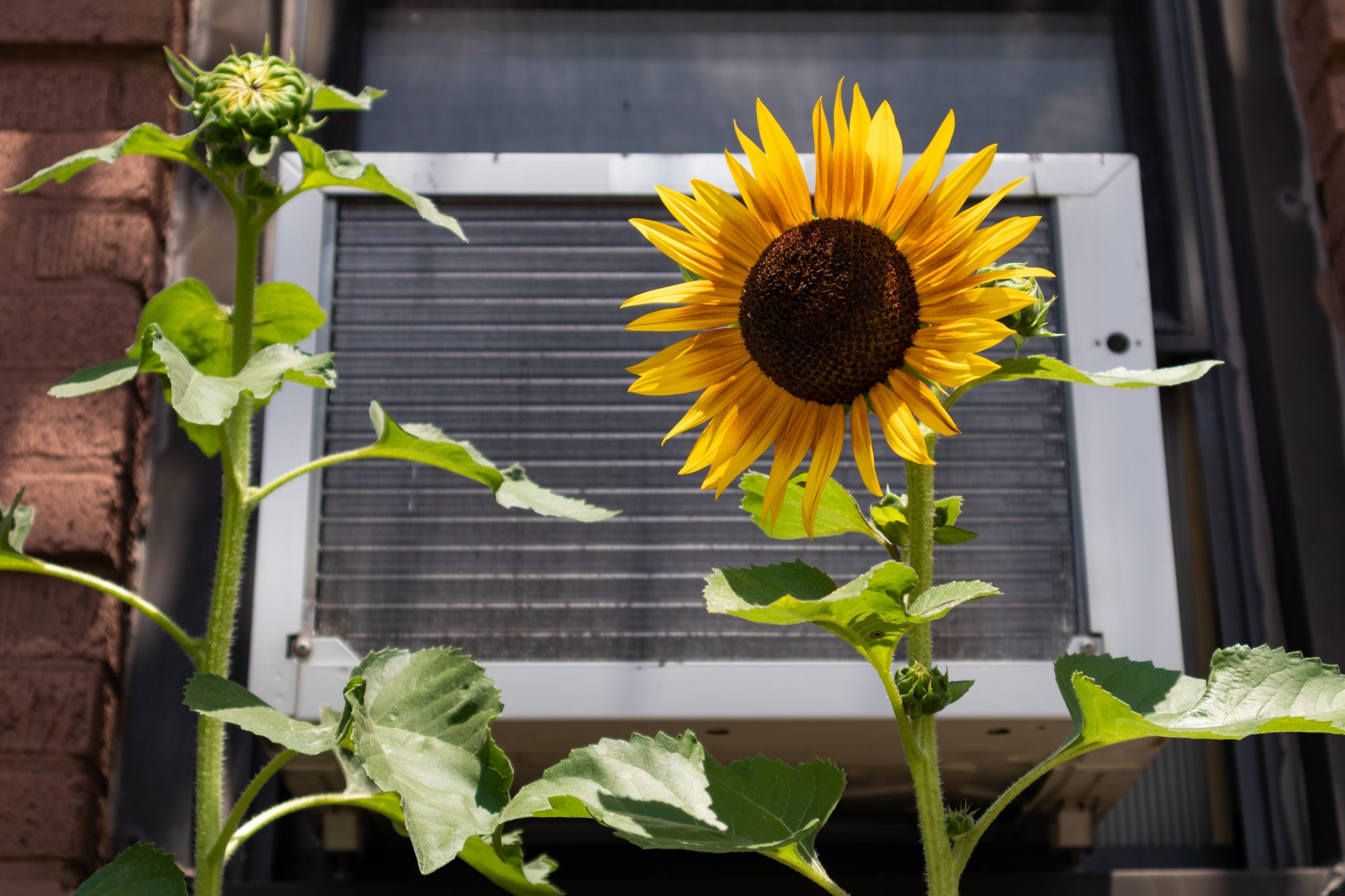 Early this summer I looked at the two air conditioning window units stored in my basement and decided they were too heavy to carry upstairs. When I told my wife, she laughed and said, “Alright, then it’s the summer of no A/C D.C.”

Our friends and family told us we were crazy. Washington, D.C. is called the Swamp for a reason. Summers are like a three-month-long trip to the sauna. I often hear that the long heat waves, coupled with intense humidity, kill several people every year.

But we held fast to our decision. And besides, we rationalized, there are a whole host of benefits to ditching air conditioning. We came up with a list that we presented to our sweating and puzzled dinner guests:

And so on. As summer progressed, we discovered new reasons why life is better without A/C. Inescapable intense heat compels you to spend more evenings outside, drink more wine, and wear more linen. There’s no way around the humidity, unfortunately — except, maybe, the occasional plunge in the Potomac River.

We hosted some friends, a married couple from Manhattan, in late June. Like everyone else from New York, they were fleeing the godawful whirring of their window units. The pandemic was bad enough, but a summer stuck inside with nothing but a ceaseless HMMMMMMMMMM for company? Forget about it. Best to decamp to the suburbs.

Our friends assumed that since we live the suburban lifestyle dream in Arlington, Virginia, our house would have central air conditioning. When they arrived, I patiently explained, peppering my speech with the major points on our List of Benefits, that no, our house was built in 1936, and its natural airflow adequately makes up for a lack of any sort of cooling system.

They seemed to understand — even as they sweated out of their clothes — until the husband wandered downstairs and saw our dusty window units pushed in a back corner of our basement.

He hugged me, to my shock. I made a round of bijous and my wife played “Desperados Under the Eaves,” Warren Zevon’s great tribute to the window A/C unit. All seemed well.

But on a 90-degree breezeless night a few weeks later, as I dozed in and out of a fever dream, I realized that something was amiss. I was alone in bed. Normally, it’s easy to tell if my wife is nearby in our house. Like Scobie and Louise in Graham Greene’s The Heart of the Matter, the heat trembles between us like a thick fog. It was a strange feeling, all of a sudden, being alone.

A loud crash from the basement startled me fully awake. I ran downstairs to find my wife sitting on the steps, weeping, with a busted A/C unit lying overturned on the landing below.

She had tried to lug it upstairs herself. She didn’t want my help, she said, because I was too committed to the No A/C D.C. bit. She feared I would call her weak for wanting to be cool. It didn’t matter that the window unit was too heavy for one person. She was determined.

I stared at her. Up to that point, I thought we were both happily following the advice of an old Italian immigrant: “Wine is much more useful than electric fans.” I didn’t know what to say.

But I knew what to do. The next day I bought a small fan for our bedroom. We run it for a few minutes before we go to bed every night. The days are still hot, but we like it that way.

Meanwhile, our window units gather dust in the basement. I hope they do forever.