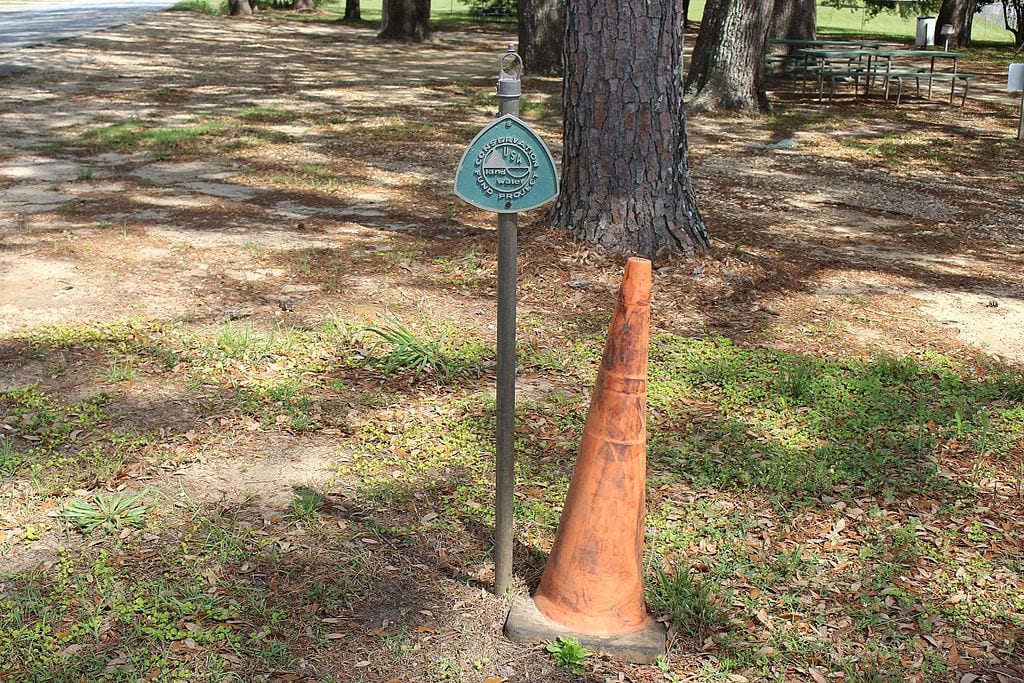 Donald Trump gave one of his most memorable and impactful speeches two weeks ago when he systematically dismantled the case for socialism. In that speech he recalled the economic and social destruction in nations that have adopted socialism, communism, or Stalinism. “We will never be a socialist country,” Trump pledged in his speech in Florida.

Well said. And the first big step that Trump could make in preventing any slippery slide in that direction would be to veto the Land and Water Conservation Fund bill which would enable the federal government to spend $9 billion to purchase millions of acres of private lands for “conservation.” What? Uncle Sam is going to take out of private hands millions more acres of America’s valuable land mass? This is the reverse of privatization — it is the nationalizing our nation’s farm land, forests, streams, and pastures.

I am told by House Republican Policy Committee chairman Gary Palmer that this land grab was a high priority of the anti-growth environmental groups that oppose further development in the western states — where most of this land would be seized. Amazingly, a Republican-controlled Senate approved the federal land grab with little debate and the House under Nancy Pelosi snuck the bill through with virtually no debate at all. It’s a good bet almost none of the House or Senate members read this 700-page bill.

According to an analysis by Rep. Garret Graves of Louisiana, an expert on natutral resources issues, the bill “permanently authorizes $9 billion per decade for the Land and Water Conservation Fund to acquire new federal and state lands.” My Heritage Foundation colleague Nick Loris reports that the Interior Department already has a $16 billion maintenance backlog on the lands the government already owns, but can’t take care of.

At its core this legislation violates a central and common-sense principle of the Republican Party and its fight against the Democrats’ ongoing War on the West. That principle dating back to the Newt Gingrich years is simple: Congress shall allow no net loss of private property to the feds. For every acre the government plans to purchase or simply seize, it must sell off at least one acre in return.

The federal land holdings are already gargantuan with almost one-third owned by the government and with half of the land in the western states owned by Uncle Sam. In Nevada and Utah, the government owns almost two-thirds of the land. Obama nationalized millions of additional federal lands — and though Republicans whined, they did little to stop him.

How depressing it would be if Donald Trump — who has been rightly critical of the Obama land grabs — launched a new federal land purchasing program on his watch. One common justification for federal land ownership is to preserve these properties with national significance for future generations. But the federal government has proven over the last 30 years that it is an atrocious protector of our forests and wildlife. The Feds have let millions of acres of federal lands be destroyed through awful land management and even “let it burn” policies during forest fires.

But there is another even more important reason Trump should veto this spending bill. If would take royalty payments from valuable leases for drilling for oil and gas and use those funds for the government’s land purchasing scheme.

This would short-circuit a plan that Rep. Palmer has proposed. He smartly wants to devote potentially trillions of dollars raised from the leases to pay for a massive infrastructure bill. We need more roads, bridges, better ports, new pipelines, and an ingenious way to pay for them is through leases. Two new studies from the Committee to Unleash Prosperity estimate that the net value of drilling and mining on federal lands and waters could reach $3 to $5 trillion over the next 30 years. That money could pay for a lot of roads, airports, pipelines, bridges, and fiber optic cables to connect America and without having to charge taxpayers a single penny.

I would wager to bet that President Trump has no idea that this land socialism is tucked inside a bill that he is expected to sign. Don’t do it, Mr. President. Fight against land grab socialism and fund your coveted infrastructure plan by charging fair value leases on drilling and mining. If there were ever a bill that deserves Donald Trump’s first veto, it is this one.

Stephen Moore is an economic advisor with Freedom Works. He is coauthor of Trumponomics: Inside the America First Plan to Revive Our Economy.