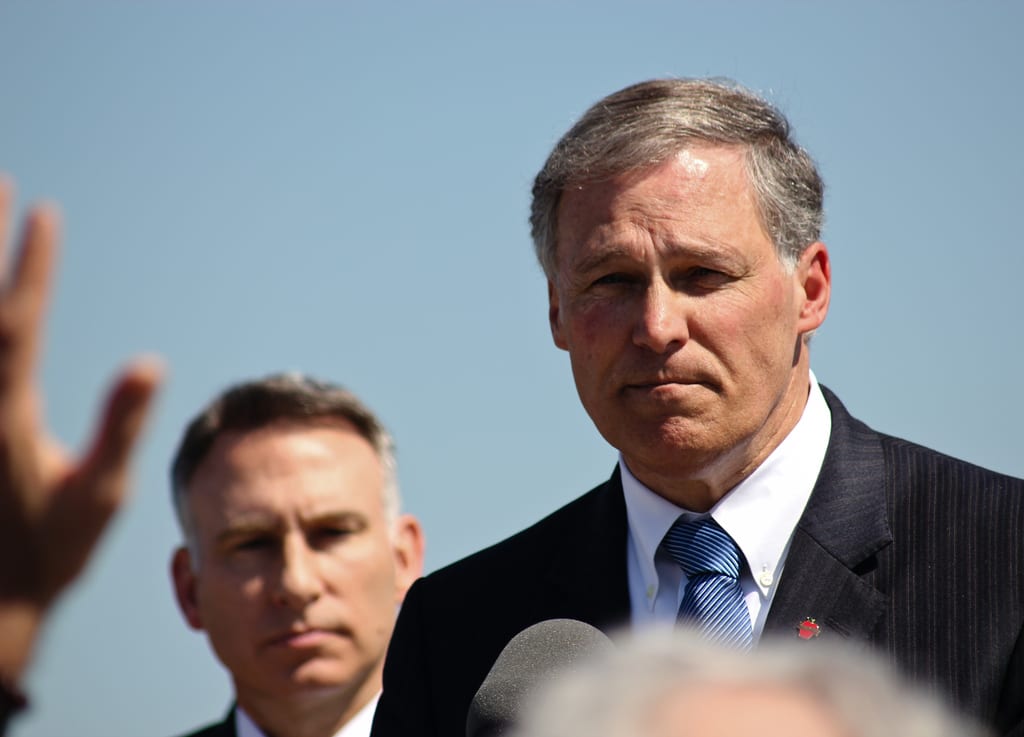 Here is my promise to you: By 2050, I pledge to be carbon-neutral. You’re welcome.  Your messages of thanks can be sent to me via email or Twitter.

Some may scoff at this vague and distant pledge. They might doubt my commitment to a promise that can only be measured 32 years from now. They would be right. The purpose of claims like this is to bask today in the accolades without facing accountability.

There is a spate of politicians making exactly this kind of pledge — pledging the state will be carbon-neutral by 2050. Politicians who make such promises, however, should not be rewarded; they should be mocked.

Those who are serious about environmental progress take the opposite approach. They set short-term, measurable goals, making progress every year. They demand accountability today, not in some distant theoretical future.

Why do politicians who claim to care about the environment choose meaningless pledges over serious action? Several reasons.

Far too many environmental groups care more about political drama than practical results. Climate Solutions, Environment Washington, and others swoon when politicians make such pledges. They say Washington state is “leading the way.” They brag that solar power in our state has increased 170-fold in a decade, but neglect to mention solar energy amounts to 0.00064 percent of Washington’s electric generation. Since the cost to make dramatic sounding promises is zero, what politician wouldn’t jump on the bandwagon?

Also, near-term promises are hard. Accountability is annoying. When setting up Results Washington, the state’s program to track environmental results, Governor Inslee pledged to be held accountable. With a fair amount of swagger, he commented, “holding ourselves accountable for results to the citizens of Washington isn’t politically expedient, but it clearly is the right thing to do.”

Politicians fail to meet environmental goals even for agencies they run. Despite a pledge to run government vehicles in Washington state on electricity or biofuel, only six percent of publicly-owned vehicles today meet that pledge.

Some say it isn’t fair to judge politicians because there hasn’t been enough time. Admitting now that their promises were unreasonable only highlights the absurdity of the original promise, especially when they go on to make even more ridiculous promises.

Rather than make unrealistic promises that offer no accountability, we should measure environmental policy with three metrics.

First, is it effective? Many policies we adopt are based on little more than vague hopes of success. Subsidies for millionaires who buy electric vehicles and the millions spent on a biofuel plant in Snohomish that produced no fuel are just two examples.

Second, does it maximize environmental benefit? If it truly is a climate “crisis,” we should demand every dollar is effective. Capturing landfill methane can reduce one metric ton of CO2 for about $5. Subsidizing solar panels costs twenty times that. Politicians love solar subsidies, though, even though they waste 95 of every 100 dollars on CO2 reduction.

These principles apply to climate change or salmon recovery. Unfortunately, they are rarely followed and groups claiming to care about the environment spend no time holding their political allies accountable for environmental failures.

By the way, I didn’t wait until 2050. By purchasing renewable energy credits and investing in certified carbon reduction projects, I am carbon neutral in 2018. Politicians and environmental activists who took that same simple step would be doing more for the planet than making meaningless pledges.

Todd Myers is environmental director at the Washington Policy Center in Seattle.