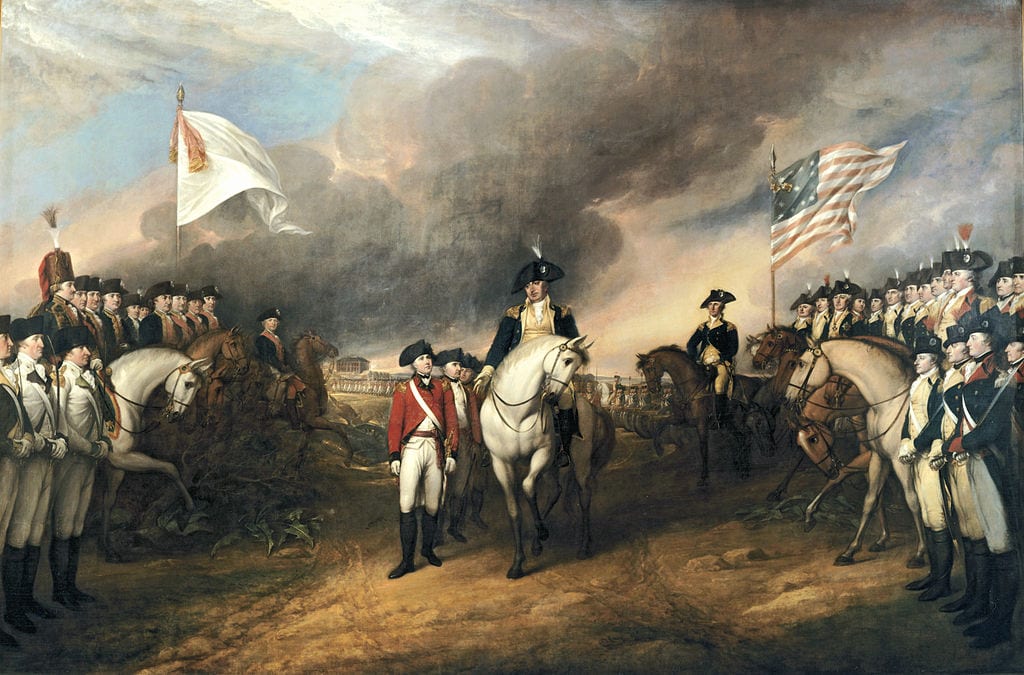 In his masterpiece, The Revolt of the Masses, José Ortega y Gasset postulates that American and European cultures are inextricably linked. This is especially the case in relation to Anglo-Celtic culture. As a matter of fact, the American culture, its liberal disposition and focus on maritime trade and military power, as well as many of its laws are direct imports from Britain. According to Russell Kirk, “Americans are part of a great continuity and essence” with their British forbearers.

With the 242nd anniversary of America’s Revolutionary War upon us, I cannot help but to think about all of the shared lineage with the British evident here in this country. In many respects, the American Revolution was a shock not only to many American colonists — most of whom, in the beginning, wished to remain tied to the Mother Country — but to the rulers in Great Britain. We here in the United States refer to this great war for our independence as the “Revolutionary War.” Yet, the American Revolution was far from revolutionary in the modern sense of the word. It was a rebellion — another English Civil War — but it was far from a revolution.

After all, the American cause in the war was far less revolutionary than the subsequent revolutions that occurred in France in 1789, as well as in Russia in 1917 (heck, it was nothing like the “Cultural Revolution” in 1968). In those instances, the revolutionaries not only sought to overthrow the type of government that existed in their homelands, but they systematically strove to utterly reorder their societies and economic systems. The communes that dominated revolutionary Paris, for instance, were hugely inspirational for Karl Marx. The French revolutionaries were so contemptuous of the system that came before them, that they changed the calendar system in France away from the classical Gregorian Calendar to the “republican” one.

In Russia, not only did communal living dominate, but every single assumption about Russian culture was questioned and abandoned in the name of revolutionary politics. Nothing was sacred in these revolutions — other than the cause that the revolutionaries were fighting for. In each case, these revolutions were cultural wars as much as they were socio-economic and political conflicts. So much of a violent renunciation of their heritage was the French Revolution, that famed British conservative, watching from neighboring England, would remark, “People will not look forward to posterity who never look backward to their ancestors.”

This was nothing like the so-called “revolution” that irrevocably tore the political union between the British Empire and her American colonies. Whereas the French and Russian Revolutions ultimately completely leveled — err, “reorganized” — their societies, the American independence movement merely sought to create a “more perfect union,” in the words of the country’s founding documents. Rather than seeking to create a “dictatorship of the proletariat,” as the Bolsheviks did in the Russian Revolution, the Americans fought to evolve the system of constitutional monarchy they had inherited from the British, into a constitutional republic.

The American colonists did not go through every piece of history, law, or cultural import from the mother country and eradicate it. The Founders kept the basic outlines of British (and Western) culture. Americans merely tweaked the British model to confer voting rights and self-determination to all land-owning citizens in a country they knew would grow to house more “Englishmen on this side of the Atlantic” than in England itself.

Beginning with the Magna Carta in 1215, when British citizens were guaranteed trial by a jury of their peers and other basic, civil liberties, the path from monarchical tyranny in England to democratic liberty in America can be traced. Another drastic evolution happened following the English Civil War (which was actually a three-phase conflict) that raged in England between the Parliamentarians and the Royalists from 1642 to 1651. This conflict ended with the defeat of the Royalists and the establishment of the precedent that an English monarch can only govern with the consent of Parliament. Ultimately, this became enshrined legally as part of the Glorious Revolution in Britain in 1688. At that point, Parliament codified the Declaration of Rights which effectively placed constitutional limits on the crown and conferred basic rights onto the Crown’s subjects.

From 1688 to 1776, the British Empire flourished and spread to all points on the globe. However, the American colonies proved most difficult for the British to govern. Far away on the other side of the Atlantic Ocean, the colonists were smart, independent, and ambitious. They had no desire to be hemmed in by the Crown in far off London — nor were American colonists interested in having taxes levied upon them without basic representation in Parliament. This, more than independence, was the general desire on the part of the majority of American colonists in the run-up to the outbreak of war.

What the Crown (and Parliament) would not countenance through peaceable democratic means — basic equality and rights between British subjects in England and those in the American colonies — the once-proud British subjects in America opted to rebel, and institute their own glorious evolution of the British political system. Just as José Ortega y Gasset observed, the American and British cultures — to this very day — maintain a high-degree of continuity with each other. Such an outcome is far from revolutionary.

What Americans fought for, then, was not revolutionary in the sense of the word as we understand it today. Unlike the revolutionaries of either the French or Russian Revolutions, the Americans were not seeking to tear down their shared history and culture in order to build something entirely new. Instead, the Americans were simply looking to make the next leap in the long-running evolution of British laws and politics that had been occurring for several hundred years before North America was even colonized by Britain. Thus, the American Revolution was actually the United States War of Independence. Or, judging from how even some of the Founding Fathers (such as Benjamin Franklin or John Adams) were reticent to denounce the British in the run-up to the war, what America endured in 1776 was the Second English Civil War.

Unlike Robespierre of the French Revolution or Lenin of the Russian Revolution, Washington was not interested in breaking with Western Civilization to build the United States. He and the Founders merely wanted to extend liberty to more people — and the Founders fully understood that the mission would not end with them, but would resume every generation or so.

For me, this is the true meaning of America’s Independence Day. We are not revolutionaries.