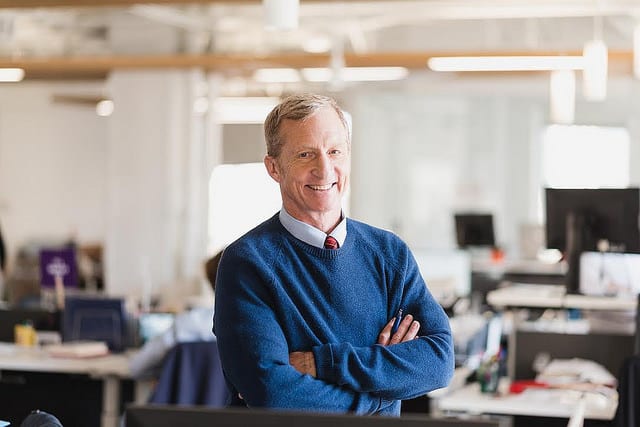 When Tom Steyer isn’t advocating for nuclear war or promoting President Donald Trump’s impeachment, the San Francisco billionaire and former hedge fund manager is developing big plans for Arizona’s energy future. Steyer is spending huge amounts of cash on a ballot initiative campaign that would force Arizona utilities to produce 50 percent of their electricity from renewable sources by 2030, just like in California. Arizona’s Renewable Energy Standard, established in 2006, already requires state utilities to produce 15 percent of their generated electricity from renewable sources by 2025.

Unfortunately, Steyer has not limited his political and environmental activism to the Southwest. He has spent more than $1 million of his money funding NextGen America, his political action committee advocating the renewable mandate increase. He has made similar pushes in Nevada, and already achieved a partial victory in Michigan. In the Wolverine State, he colluded with the two largest utilities to raise the renewable mandate to 25 percent by 2030, and Steyer bullied the state into adopting his agenda without the consultation of Michiganders and their elected representatives.

“The [ballot] initiative process does not allow for a conversation,” Tucson Electric Power spokesman Joe Salkowski recently told the Arizona Daily Star. “It is a mandate imposed without consideration of what individual utilities are doing and what individual communities are able to pay for.”

Salkowski is correct. Renewable energy mandates, also known as renewable portfolio standards (RPS), essentially force heavily subsidized wind and solar energy on ratepayers and taxpayers. By raising electricity prices while providing few, if any, of their claimed net environmental benefits, RPS mandates are a lose-lose for taxpayers and consumers.

How heavily subsidized are RPS mandates? Per unit of energy produced, the wind industry receives a $35.33 per megawatt hour (MWh) in federal subsidies. The solar industry receives a whopping $231.21/MWh. By contrast, the coal and petroleum industries receive just $0.57/MWh and $0.67/MWh, respectively.

In 2014, the Brookings Institution concluded wind power is twice as expensive as the conventional power it replaces. Meanwhile, solar power is three times as expensive. Thus the author concluded that “renewable incentives that are biased in favor of wind and solar… are a very expensive and inefficient way to reduce carbon dioxide emissions.”

Unsurprisingly, in states with renewable power mandates, energy rates are rising twice as fast as the national average. In just 12 states, the total net cost of the renewable mandates was $5.76 billion in 2016 and will rise to $8.80 billion in 2030, a 2016 study found. Tucson Electric Power estimates the renewable mandate would raise its residential customers’ electricity bills by more than $500 per year.

Obviously, higher energy prices are a burden for Arizonans, and any policy that increases prices on necessities such as electricity, will disproportionally affect low-income families. More money spent paying the electric bill means less money for food, rent, or a mortgage payment, clothing, medical expenses, as well as less money for savings.

For these people, every penny counts. They shouldn’t be forced to choose between a housing payment and keeping their lights or air conditioning on just because of some liberal out-of-state billionaire’s pet project.

Despite being blessed with an abundance of low-cost electricity resources, California has by far the highest retail electricity prices in the West. More than six million California residents live in energy poverty. Retail electricity in the Golden State is 47 percent more expensive than in the Grand Canyon State, and 70 percent higher than its neighbors Nevada and Oregon.

If Steyer succeeds, Arizona’s energy future will be as grim as California’s already is.