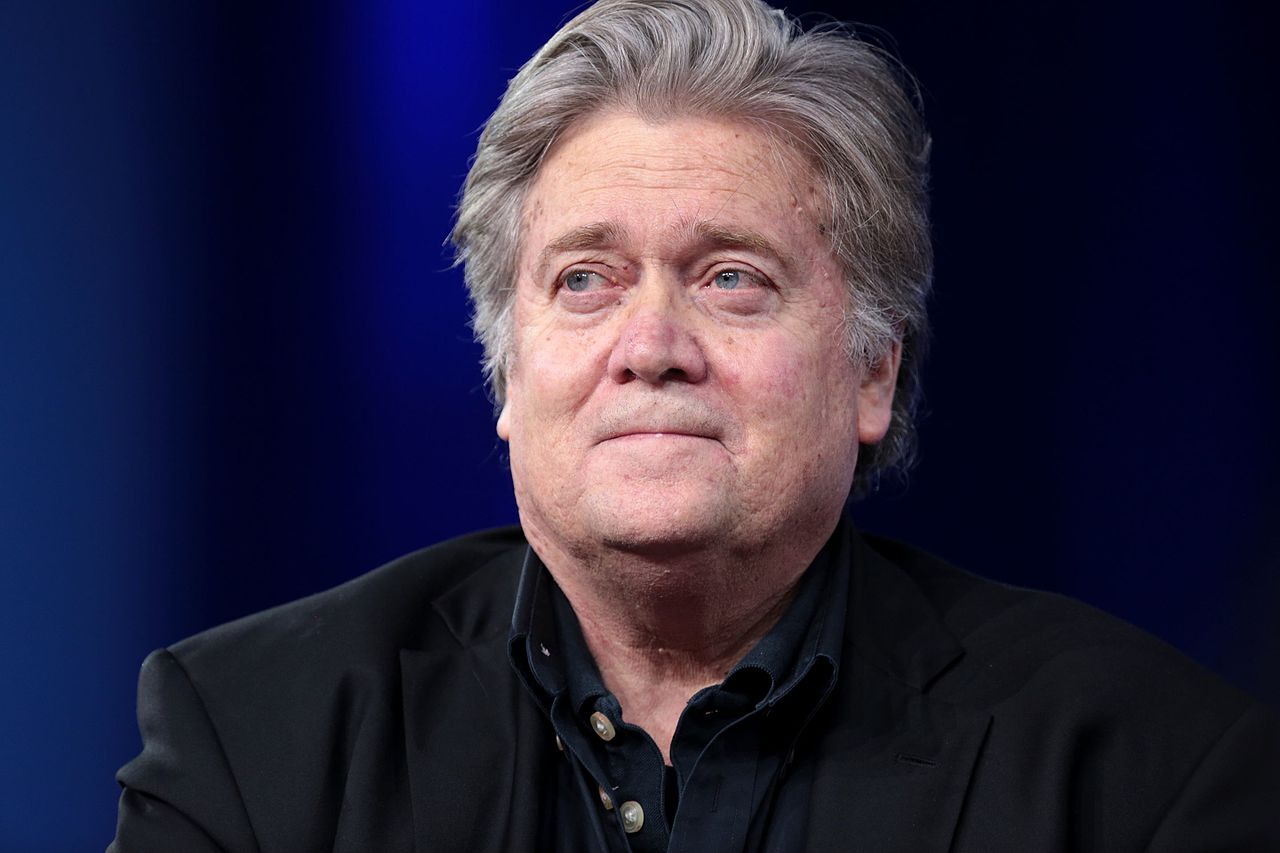 Bannon vows to appeal. Why?

He does not stand before us as convicted of contempt of yoga pants or contempt of Scorpion Bowls. Public polling indicates that large numbers of Americans share Bannon’s specific criminal predilection. Gallup found in a poll taken last month that just 16 percent of Americans approve of the way Congress does its job, compared to the 82 percent who disapprove. One imagines that a healthy chunk of that 82 percent gleefully pleads guilty to contempt of Congress.

One reason, perhaps the only reason, Bannon appeals involves the specter of prison. Critics of the Trump administration famously invoked obscure and arcane laws as a means to punish opponents. One thinks of talk of the Logan Act, the emoluments clause, and even the use of impeachment against a private citizen as examples of their expansive legal vocabulary. Prison for contempt of Congress meshes with this trend of progressives seeking if not cruel then very much unusual punishments.

The last time someone went to jail for contempt of Congress, the NFL featured a team called the New York Yanks, Americans still referred to Taiwan as “Formosa,” and rock ’n’ roll did not exist. In fact, neither did Steve Bannon. And neither did seven of the nine committee members whose subpoena he did not take seriously because, well, the percentage of that body voting for his former boss curiously appeared smaller than that of the body that ultimately convicted him for defying it.

The Washington Post points out that, while Watergate-era figures G. Gordon Liddy and Richard Kleindienst received convictions for the obscure crime, the members of the Hollywood Ten represent the last Americans to go to jail for contempt of Congress.

They certainly do not represent the last Americans to balk at speaking to a congressional committee after a subpoena instructed them to do so. Eric Holder, Harriet Miers, and Lois Lerner all refused to comply with congressional subpoenas without receiving the Steve Bannon treatment.

Perhaps the Justice Department’s not pursuing them with the vigor it did Bannon represents the real injustice. But the abundance of people more powerful than Citizen Steve ignoring congressional subpoenas without the legal system taking the “under penalty” translation literally indicates the degree to which we live under the whims of bureaucrats rather than the letter of laws. People selectively choose which laws to obey when the powerful selectively choose which laws to enforce.

Seventy-five years ago, when the Hollywood Ten flouted Congress’s inquiries into their allegiance to Soviet communism, Washington also arrived late for a crisis.

During the 1930s, Hollywood Communists organized the Screen Writers Guild and installed its left-coast commissar John Howard Lawson as one of its first presidents. They formed the Hollywood Anti-Nazi League only to replace it with the Hollywood League for Democratic Action once Hitler and Stalin became allies. During the 1940s, they pushed propaganda disguised as cinema in North Star, Song of Russia, and Mission to Moscow. So much power did they wield over their members that Albert Maltz, who refused as part of the Hollywood Ten to cower to the House Committee on Un-American Activities in 1947, denounced in 1946 his own brilliant article outlining the intellectual perfidy of fidelity toward “art as a weapon” over “art for art’s sake” after a browbeating session led by such party goons as Mike Gold, Howard Fast, and V. J. Jerome at actor Morris Carnovsky’s home.

The parallels between Bannon and the last group sent to jail for contempt of Congress strike more jarringly than the predicable differences. All worked as private citizens when Congress summoned them and when they partook in the activities for which Congress summoned them. All expressed contempt for the congressmen who accused them of contempt for them. Bannon labeled the committee “completely lawless” in the aftermath of the verdict; Dalton Trumbo described the committee questioning him as “the beginning of an American concentration camp” and Albert Maltz referred to a committee investigator as “Mr. Quisling.” And, most interestingly, all worked in Hollywood.

Ring Lardner, Edward Dmytryk, and their eight fellow Stalinists went to jail for refusing to say whether or not they belonged to the Communist Party. Despite all the histrionics, almost all continued to work in Hollywood, and a few earned Oscars. Steve Bannon’s Hollywood career, which includes executive producer credits on Titus, starring Jessica Lange and Anthony Hopkins, and The Indian Runner, directed by Sean Penn, ended long before this trial.

In other words, the fact that Steve Bannon’s career in Washington politics is not currently working out does not mean he can return to his work in Hollywood the way others convicted of contempt of Congress so seamlessly did.

May we now call Steve Bannon the Hollywood One? Calling him a criminal based on the conviction on this charge does not stick.

Many crimes hang around the perpetrator like an albatross long after the sentence ends. Rape, kidnapping, and even theft evoke a shameful stigma that “contempt of Congress” just does not.