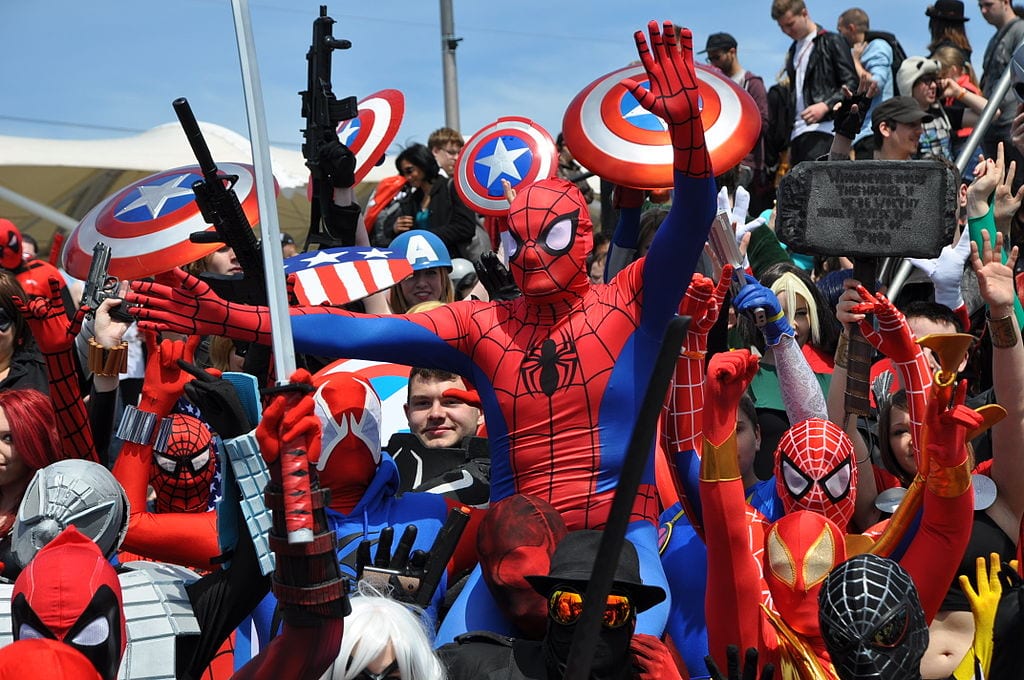 Stan Lee died this past week. If you don’t know his name, surely you know his works.

Stan was the co-creator of Marvel Comics, where he served as head writer, editor, editor-in-chief, art director, publisher and eventually chairman emeritus. And it was there in the 1960s that Stan launched what one chronicler called “the most intricate fictional universe in the history of the world” — The Marvel Universe.

Stan often told of Marvel’s origins as follows: By 1961, after toiling for decades at a comic book company called Timely, Stan had grown weary of the business. He was then near 40, and as men often do at that juncture, took stock of his life and wondered if his talents and time wouldn’t be better served elsewhere.

In truth, he chafed under the conventions of the form. Timely’s publisher, Martin Goodman, insisted that stories be self-contained and easy to follow, the vocabulary limited, the characters broadly painted. Stan, Goodman admonished, these books are for small children and simpletons — don’t overthink it.

Stan had had enough of it all, and told his wife Joan he wanted to quit. Maybe he could write a novel, he mused. But Joan had a suggestion: Why, she asked, don’t you finally do a book the way you think they should be done? If they hate it and fire you, well, you wanted to quit anyway.

Stan agreed to give it one more go. He schemed with artist Jack Kirby, and together they produced a strange tale: A couple, Reed Richards and Sue Storm, along with Sue’s brother Johnny and Reed’s friend Ben, embark on a space mission which ends in disaster — bombarded by a cosmic radiation, the foursome return to Earth to find they’ve been… transformed, and granted fantastic powers.

It was part science fiction, part horror, part superhero tale, but also something altogether new. They called it the Fantastic Four, and it hit a nerve and readers, who wanted more. A lot more.

Goodman and Stan, realizing they had something special on their hands, agreed that the company needed a new name to go along with their new heroes.

The Marvel Age had begun.

Stan and the artists in the Marvel bullpen were soon producing hit after hit — Fantastic Four, Spider-Man, Iron-Man, Doctor Strange, Thor, The Hulk, The X-Men, The Avengers, Daredevil, Black Panther, Ant-Man and more burst from the page, reviving an industry that had been dying for years.

Why? What was it about Marvel’s books that made them sell, made them seem so fresh and vibrant?

For one, the heroes had unexpected and (for comics) unprecedented depth. In fact, they were often downright un-heroic. The Fantastic Four fought with each other as often as they did with Dr. Doom; Spider-Man was driven not by a desire to do good, but by guilt for having (in his mind) caused his uncle’s death; Iron-Man was underneath his armor a vain man who struggled with alcoholism and a chronic injury that could kill him at any moment.

Stan’s characters were reluctant heroes who shared one thing in common — they at times viewed their powers as much a curse as a blessing, and often lamented what their abilities and responsibilities did to their private lives and loves. They seemed, dare I say, like real people. People you could know, or maybe even be.

Stan also insisted on plots and subplots that spanned issues and titles, sometimes for years. And he decided he needed to use at least college-level vocabulary to weave these intricate threads, and did so, in defiance of industry standards.

It’s why I knew words like ‘equilibrium’ at age 5 (thanks Stan!), because I was one of the millions who ate it all up. To a lot of people, it seemed like I was a fan of comic books, but that wasn’t really true: I was fan of the world Stan helped create, which just happened to exist in comic books.

I say “helped” to create, because in the decades after that 1960s Marvel explosion, some of the artists who helped ignite it — Jack Kirby, Steve Ditko, and others — nursed resentments that they weren’t given enough credit for their contributions to Marvel’s success.

In fact, Stan gave the artists he worked with wide latitude in plotting and character development. In what became known as the Marvel Method, Stan would come up with a general outline of a story and relate it to the artist, who would then go and draw it up however they saw fit, often adding significant story and character details.

Stan would get the pages back, add dialogue and editorial text, and voila! Comic book, Marvel style.

Speaking as a long-time reader, I can attest that in the credits at the beginning of every issue (another Stan Lee innovation), the artist was often listed as “co-plotter.” Certainly I never had any doubt that the artists were full partners in crime, and that that was part of the secret to Marvel’s success.

But there was also no doubt that Stan was the instigator, the ring leader, the maestro conducting the whole kooky Marvel symphony. Stan gave every issue, and the entire company, his own distinctive personality — bold and boastful, fun and frivolous — and it crackled from every panel on every page.

He addressed us directly in the back of every issue from a column called “Stan’s Soapbox,” where he would answer reader concerns about esoteric plot points, muse on the direction of Marvel in general, or just pontificate on the issues of the day, all with his trademark wit and wink. He made us feel like we were part of a club, a secret society, and he was our Generalissimo (as he christened himself).

In short, Stan made being a Marvel reader an experience.

Stan may have had a glint in his eye, but that eye was perpetually cast on the long game. He understood that his creations would have to transition to other media if they were to endure. And so, sometime in the late 1970s, Stan headed to Los Angeles.

Marvel’s future, he was convinced, was on the Silver Screen.

He was right. It took decades for film technology to catch up to his imagination, but when it did, starting with Bryan Singer’s 2000 film X-Men, the stage was set for Stan’s peculiar breed of complicated hero to lay siege to — and eventually overrun — the global box office.

By 2008, Marvel had founded its own movie studio, and its first release, Iron-Man, starring a perfectly cast Robert Downey, Jr., was a runaway hit. Soon came Thor, Captain America, Hulk, and The Avengers and… well, you know. You’ve seen the movies, which, to an astonishing degree, have replicated Stan’s comics innovation of having characters share the same universe, teaming up or facing off in each other’s installments.

That’s no accident: Stan was there every step of the way in the decades-long fight to bring the Marvel madness to Hollywood, serving as producer for — and starring in cameos in — most of the films. He was Marvel’s endlessly enthusiastic booster until the very end.

Sadly, that end has come. Stan passed away on November 12 at Cedars-Sinai Medical Center in Los Angeles, age 95, but not before he had the joy of seeing first-rate filmmakers bring his creations to life, to the delight of billions of people around the world. How wonderful that he lived to see it all (though Stan often lamented that his old partner Jack Kirby did not).

Rest In Peace, Generalissimo. You have earned it.