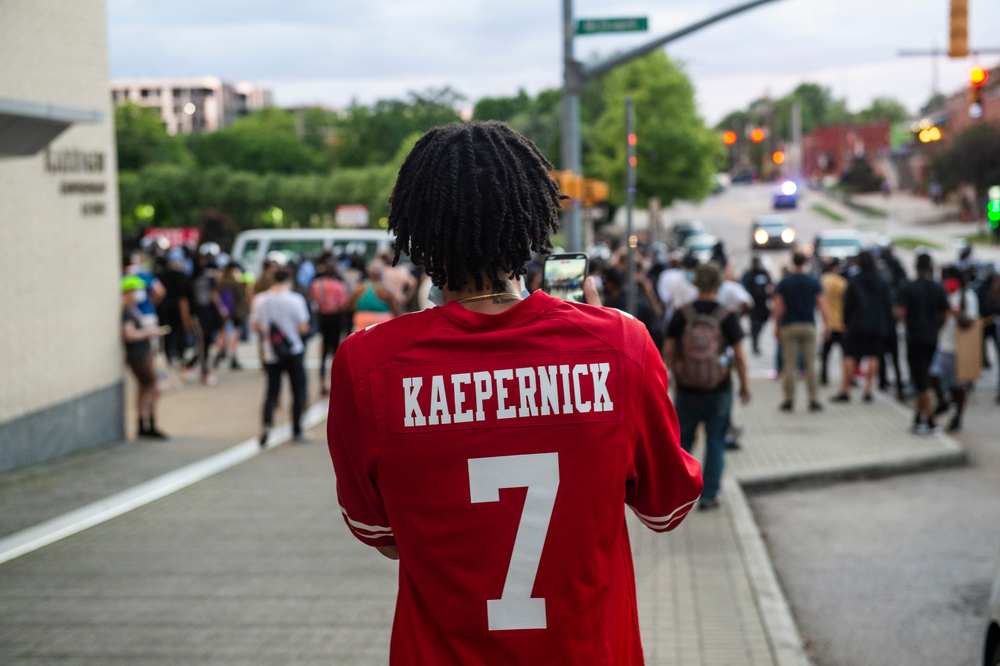 Not that long ago things were looking up in America. The economy — relieved of heavy taxes and regulation placed on it by eight years of Obama — was growing apace. Americans of all stations and all complexions were returning to work and prosperity. Far-left humbugs were no longer deferred to at the highest levels of the executive department. Their mission to micromanage our lives was at least slowed. There was reason for cautious optimism, even though we all knew the cultural termites — education, entertainment, big news media, universities, corporate America, publishing — continued to eat away at the country’s foundations.

But that optimism was soon brought to an abrupt and complete halt. First there was the spring of 2020 and the arrival of a dangerous virus that proved a threat to both life and liberty. Blue-state politicians abused this very real threat for political purposes, as they do all crises, real or manufactured (see climate change and systemic racism). It’s been all downhill since. We have the bug on the run, but there’s no evidence that the Left will ever be ready to let go of it, as it helped so much in allowing Democrats to win the White House and both the U.S. House and Senate last year. The termites are now in full control, and we have a Democrat administration that’s aggressively, and all too successfully, pushing an agenda that combines crony capitalism with cultural totalitarianism. The future of just about everything in America is in question.

And this includes sports. It’s an institution that many considered solid and untouchable, even as various controversies roiled the nation. It’s not hard to see why so many thought sports was safe, a source of unifying entertainment and an escape from the tendentious. No more.

Americans, particularly those of the male persuasion, have always been sports crazy. We love our games. We love playing them, watching them, and talking about them. The love of our sports teams and the memories they’ve blessed (or cursed) us with have been part of America’s cultural connective tissue for generations. A fair fraction of the father–son bonding in America has taken place with the aid of sports. My late father and I were no exception.

Professional sports leagues have profited greatly from Americans’ love of, practically obsession with, sports. Leagues have survived, often thrived, through world wars, a Great Depression, and various cultural and political upheavals. Heck, sports even endured and survived Howard Cosell. But there are indications that the sports gravy train may be slowing.

Like other sectors of the American economy, major-league sports took a major financial hit due to the COVID pandemic. When it became clear last year that pro sports would be played before empty houses, Forbes magazine estimated the four majors together — football, basketball, baseball, and hockey — would lose about $5 billion in revenue. This March the magazine reported the final figure was closer to triple that amount. (Caution: Financial numbers — and there are many ways to compute these — are a closely held thing in professional sports, as they are in most industries. There are Hollywood accountants who can demonstrate with charts and graphs that Gone with the Wind has yet to make a dime. So the following numbers should be taken as approximations.)

Unlike when I was a youngster and baseball was indeed the national pastime, number one on all scorecards, football is now by far America’s favorite sport, and the National Football League its richest league. Most sources put NFL revenue for the 2019 season at $16 billion. That’s up from a mere $6 billion in 2004. For 2020, a season with very few butts in stadium seats, the NFL took in $12 billion, thanks mostly to television revenue. By the time the NFL season begins in late summer, fans will be returning to stadiums. But that $4 billion is lost forever. And it’s not chump change, even for a sports league whose commissioner’s pay package alone is larger than the GDP of several countries.

Forbes reports that Major League Baseball lost between $2.8 and $3 billion in the pandemic-shortened, fan-free season. ESPN reports that the NBA’s revenue dropped about 10 percent for the 2019–20 season, about a $1.2 billion loss, with continued losses adding up thanks to attendance restrictions continuing into the 2020–21 season.

In a CBS News report early this year, these losses were deemed “substantial but not crippling.” Assuming no new pandemic, no backsliding on COVID, or no other excuse for politicians to lock down the economy, including sports stadiums, again, these significant losses will be a one-off. But even with stadium turnstiles back in action, there are trends that could be lasting and should concern those who run professional sports, even college “amateur” sports, which on the financial level are pretty damn professional. 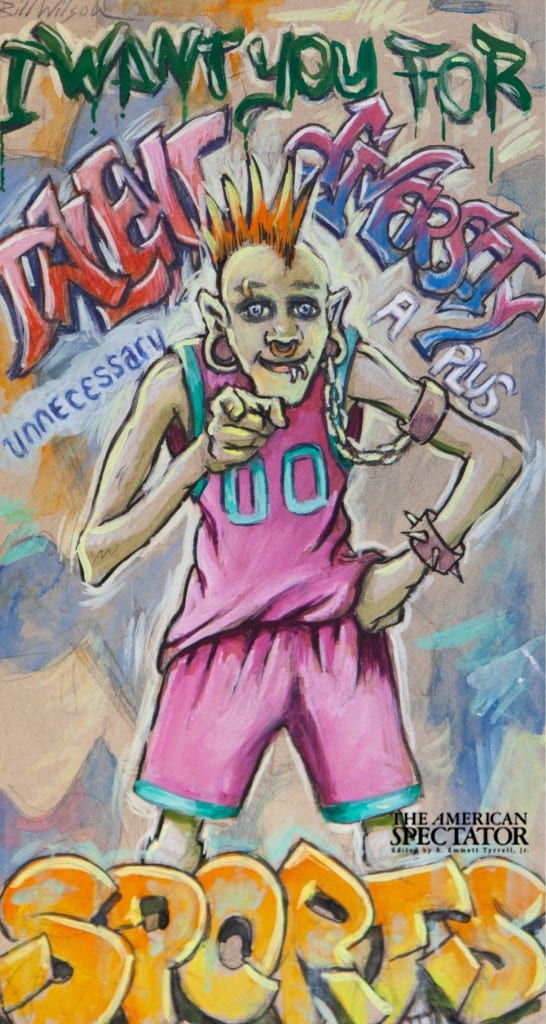 The first blight on big-league sports today, at least for everyone save those on the “social justice” left, is politics on the field. The NFL, NBA, and MLB, already thoroughly corporate, have also become thoroughly political and thoroughly part of the current left-wing putsch. Sports used to be a unifying, politics-free zone. Now they’re just another forum for politics, and politics of the woke variety. And those are terribly divisive. This has caused loss of ticket sales, TV viewership, and fan interest. It will cause more in the future if sports executives don’t wise up and stop driving their customers away by slandering the country so many sports-loving Americanos love. Calling a majority of sports ticket buyers and TV viewers racist scum doesn’t seem like the best long-range marketing strategy.

It started in 2016 when Colin Kaepernick, a so-so quarterback then with the San Francisco 49ers, decided to take a knee during the playing of the pre-game national anthem to protest what he called racial oppression of and police brutality toward blacks in America. (Neither complaint holds up to examination.) Other players followed his doleful example. At first the NFL made a lame attempt at getting players to stop political posturing on the field. But by the summer of 2020, after the explosion of protests and riots that followed the death of George Floyd, NFL owners and executives threw in the towel. NFL commissioner Roger “Croesus” Goodell actually apologized to Kaepernick and the other players who scolded the paying customers for being closet Ku-Kluxers and described America as a racist hell-hole (a hell-hole in which these guys are doing quite nicely, thanks very much).

“I wish we had listened earlier, Kaep, to what you were kneeling about and what you were trying to bring attention to,” Goodell said in a cringe-inducing statement on a YouTube show in August. He went on to claim that his players are not unpatriotic and that what they’re trying to accomplish has been distorted by “misrepresentation.” They’re just “trying to … exercise their right to bring attention to something that needs to get fixed.” What it is that needs to be fixed and how, of course, he didn’t say. No one in the systemic racism chorus ever does.

The bogus charge of systemic racism that got its start in the NFL has since metastasized to the NBA and MLB. Black Lives Matter signage is all over stadiums and arenas, players wear scolding messages on jerseys, games are canceled for political reasons, and leagues strike poses with sappy “public service” ads and player testimonials that amount to political witnessing. Leagues do things like move all-star games to protest perfectly reasonable election laws and badger teams to change their mascots if any leftist indignation group objects to them. No more Washington Redskins. Goodbye Cleveland Indians — even though every survey of real Native Americans shows a large majority either don’t care about Indian team names or like them. No matter. Chronic malcontents and woke white snowflakes don’t like the names, so they have to go.

Speaking of snowflakes, they’re the second long-range problem sports will have to deal with. Young people are less interested in sports than previous generations have been. Many boys would rather play computer games than watch a three-hour ball game of any kind. Clearly the national attention span has shortened since our lives have been taken over by the internet, smartphones, and instant everything, leaving hallowed practices like reading, serious analysis of anything, and watching sports in danger of extinction. To put it bluntly, we have an entire generation with its head up its apps.

Professor Michelle Harrolle, director of the Vinik Sport and Entertainment Management Program at the University of South Florida in Tampa, conceded that both politics on the field and lack of interest on the part of young Americans are problems for professional sports. But she said the first issue is two-sided, with younger people actually liking the fact that sports teams and leagues are taking the leftist political stands they are indoctrinated into at their high schools and pricey colleges.

She’s doubtless right. But these youngsters are the same folks who are turning their backs on sports. And it’s a tough case to make that any of them are buying tickets to or tuning into games they wouldn’t otherwise watch because sports executives are hamming it up on the fields about systemic racism. This lot is far outnumbered by the long-time ticket buyers and TV watchers, us old Mustache Petes who know very well America is not a racist country and resent having to be preached to about it as part of the price of watching the games we’ve loved for a lifetime. Many of these Americanos, including me, have given up the games because we love our country more. The gym I pay my sweaty respects to most days is full of guys like this, including some with whom I used to go to ball games.

Just a few years ago it looked like a prosperous America included an ever-expanding and ever more financially rich future for professional sports. But it should be clear enough now to the NFL, NBA, and MLB that their check-engine light has come on. How well they do in the long — and even the medium — run will depend on what repairs they make. At the moment, there’s no reason to think they’ll get that engine running smoothly again.