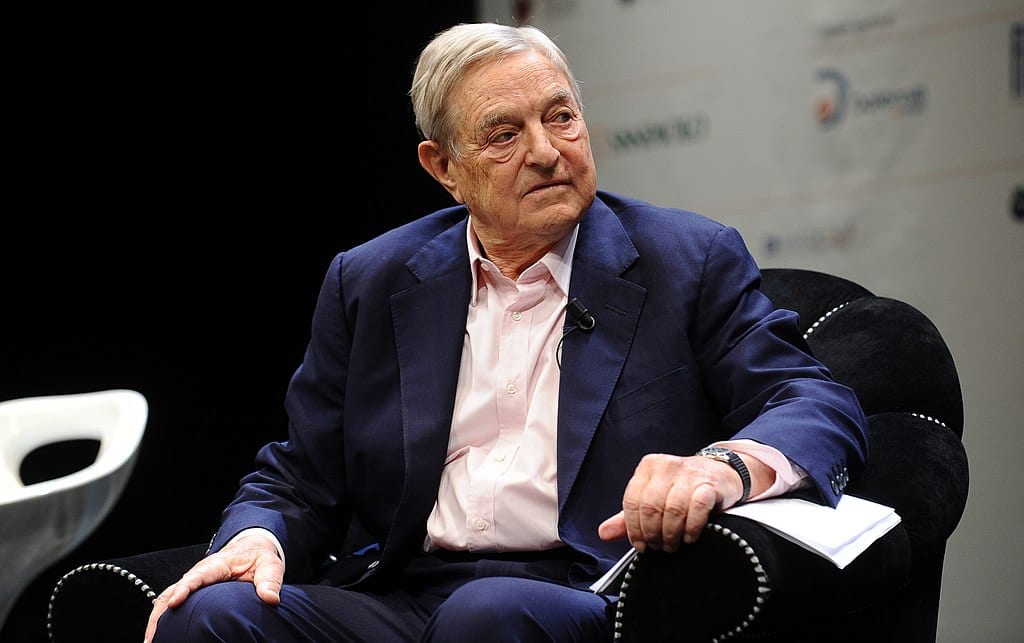 A few years back, in 2009, I told George Soros that he shouldn’t believe his own spin. “Au contraire,” he replied with that twinkle in his eye. “It’s the secret of my success.” It was lunchtime banter. We hadn’t seen each other in years. And he had invited me to Southampton to spend some “quality time” together — which included talk about his pet theory of reflexivity, about what he called “the manipulative function of language,” and about our mutual friend and mentor, the philosopher Sir Karl Popper. After that, we met more often — with Soros inviting me to visit him every summer in Southampton, to places like Budapest, Paris, New York City, and Washington, and to functions like his wedding and inauguration as a professor at the Central European University — until I told him that Donald Trump would easily take votes from Hillary Clinton and that Black Lives Matter might not be as benign a force for social good as he and his progressive friends seemed to think. Soros, sensing that I may have lost the faith, asked me if I still believed in the progressive cause. I replied that I have a very open mind.

The truth is that I no longer saw anything very progressive about socialism, if I ever did, especially if it plays on the manipulative function of language to spin the truth. Popper himself had a soft spot for it, and for Marx, and said that he would still consider himself a socialist were it not for the power problem. But there still was the power problem. And his motto was “I may be wrong and you may be right, and with an effort we may get closer to the truth.” And I don’t see how socialism or progressivism — or the Open Society Institute, for that matter — promotes his idea of open society, which is all about searching for truth and correcting one’s own errors, and not about spinning it. Soros thought that his theory of reflexivity — which is about how what we say about an event may affect that event — and his ideas about how what we say can manipulate what we think and do had “gone beyond” Popper. Popper, however, knew all too well that what we say may affect what we do, and he also knew that spin is all about lies and not about truth.

There is, however, still the question whether you should believe your own spin. Most progressives have a very high opinion of themselves and a very low opinion of people who disagree with them. They regard themselves as better educated and hence intellectually and morally superior to conservatives, and especially to Donald Trump, who has replaced the Koch brothers as the personification of evil in their eyes, and whom they like to portray as not only morally bankrupt but as a virtual idiot unfit for the presidency. This too is spin, and something you shouldn’t believe if you want to get closer to the truth. But education in the open society has now devolved from training and encouragement in critical thinking to inculcating, embracing, and pronouncing the “right” opinions. And whether or not someone is well educated is no longer determined by the quality of their arguments, but by the “appropriateness” of their beliefs.

This is the very opposite of what Popper thought education in an open society should be. In this situation, there is no such thing as informed critical opinion. Everything is spin. Today, 70% or more of us do not trust what we read in the newspapers or hear on the radio and television. And while this may be disconcerting to some, I think it might actually be a good thing if it means that we have generally recognized that what presents itself as “truth” is all too often spin that cannot, or should not, be taken seriously.

Last year, shortly after Trump’s inauguration, and while the “progressives” were just at the beginning of their collective nervous breakdown, there was a lot of talk about how he would be impeached, or removed from office some other way, within a year. The spin was that he had colluded with the Russians to “hack the election” and was too thin-skinned to take the rough and tumble of hardball politics. It was that his temperament would lead him to self-destruct in one way or another. Progressives not only believed this spin, they did everything they could to spread it, and to spin it further. Then Trump fired James Comey, the Director of the FBI. Progressives erupted in simultaneous outrage and glee. And, once again believing their own spin, spun it still further to be both proof of obstruction of justice and proof that Trump had indeed colluded with the Russians. For why else would he fire him except to keep him from probing too deeply into his collusion with the Russians? Never for a moment did they pause to consider the possibility that Trump fired Comey for an entirely different but all too obvious reason: not because Comey was getting too close to home, but because he was studiously ignoring his government’s leaks to the press — the only crimes we actually knew to have occurred and the crimes that Trump wanted Comey to investigate — and because he had already figured out that Comey himself was one of the principal leakers. And my own sense, offered with full appreciation of Soros’ passion for chess, is that Trump might be a few moves ahead of him on the board this time.

Jeff Sessions recused himself from the Russian investigation because he had acted as a Trump surrogate during the election campaign. And his Deputy Attorney General, Rod Rosenstein, appointed Robert Mueller, Comey’s bestest buddy and predecessor as Director of the FBI, as Special Counsel. Mueller, whom many thought should have recused himself because of his special relationship with Comey, then assembled a “dream team” of special investigators, all dyed in the wool Hillary Clinton supporters, who should have recused themselves too. But they didn’t. And then, believing their own spin, they all sat back to watch the thin-skinned idiot President twist in the wind and self-destruct. Except he didn’t.

A year later, it is the Special Counsel, his dream team of special investigators, the FBI, Hillary Clinton, and the Obama Administration who are twisting in the wind. They have, in the process of finding no serious crimes in the Trump camp, revealed several serious crimes of their own. And unless I’m seriously mistaken, we have now gone through seven long rounds, the left has all put punched itself out in the heat, and Trump, a fan and friend of Muhammad Ali, is about to come off the ropes swinging.

Unless, of course, there’s a great blue wave, or a tsunami, or a surging river, or a waterfall, or a leaky faucet getting ready to break and sweep away the whole country away with it.

Go ahead, believe it — with all your heart — and repeat it to anyone who will listen, and as often as you can.

It is, after all, the secret of progressive success.

Mark Amadeus Notturno is an American philosopher specializing in epistemology, philosophy of science, philosophy of logic, and the philosophy of Karl Popper. His most recent book is Hayek and Popper: On Rationality, Economism, and Democracy.