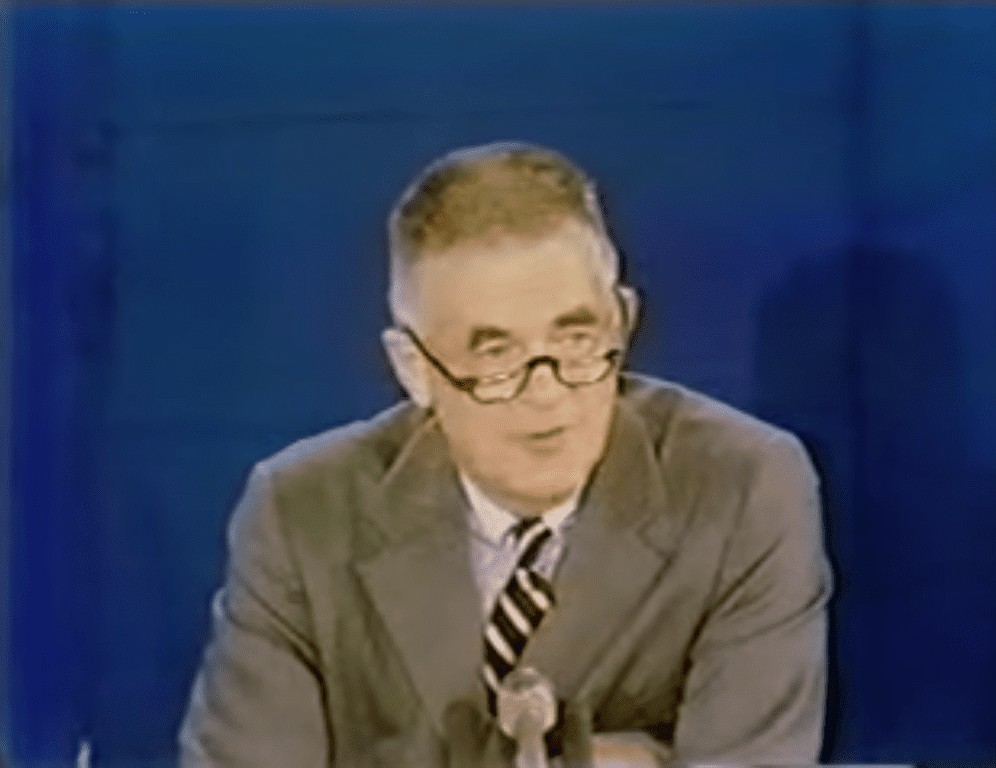 Shock and dismay is being expressed this week, in the aftermath of Robert Mueller’s stumbling and hesitant testimony before two committees of the House of Representatives. Is it possible that this paragon of virtue from the past was but a figurehead, who ceded operational authority and responsibility for preparing “his” report to a specially recruited staff, consisting primarily of politically active Democrats but no Republicans?

The answer is not only obvious, but also follows precisely the same pattern set in the Watergate investigations of some 45 years ago — where there are amazing and unsettling parallels.

There, the original special prosecutor, Archibald Cox, was a distinguished Harvard law professor, but taught labor law and had never been a prosecutor at all. He had served as Solicitor General under Robert Kennedy, but that was some dozen years before. Cox already was showing his age, slow in speech and having recently become deaf in one ear. His first hire was his fellow professor, James Vorenberg (who did teach criminal law), to whom Cox delegated the twin responsibilities of recruiting all of their staff, as well as authoring the Watergate Special Prosecution Force’s written report — which was published in October 1975, after Cox and his replacement Leon Jaworski were long gone.

Vorenberg, realizing the necessity of quickly assembling a team, hired only people already known to him or to his trusted associates. The result was predictable: of WSPF’s 60 lawyers, the top 17 had all worked together in the Kennedy/Johnson Department of Justice. These folks, all good lawyers to be sure, were far more than politically active; they were the legal leadership of the Democrat party, the very people displaced by Nixon’s 1968 election.

When Vorenberg returned to teach law at Harvard, ultimately becoming the law school’s dean, he took all of the notes he had taken at WSPF staff meetings — in anticipation of writing the final report — with him. They only surfaced in the past few years, but they contain startling revelations about the inside workings of the special prosecutor’s office — including that the entire senior staff was aware of Leon Jaworski’s secret meetings with trial judge John Sirica (because he briefed them on the agreements he had reached with the Judge) and that Jaworski was determined to indict Nixon-advocate Charles Colson, even though his chances of conviction were only 50-50. But he adamantly refused to indict William Bittman, Howard Hunt’s attorney, who had been deeply involved in the receipt and distribution of “hush money.” Bittman, you see, was a Democrat icon who had been a key member of DOJ’s “Get Hoffa” squad under Robert Kennedy and had protected Lyndon Johnson in the prosecution of Senate Secretary Bobby Baker.

As described by WSPF’s press officer, James Doyle, Cox saw his principal task as reassuring the media that his people were undertaking a thorough investigation of the Watergate scandal, which he did by holding a series of off-the-record briefing sessions, in which he was happy to respond to hypothetical questions from the press. Cox’s professorial responses certainly enabled the media’s talking heads to pontificate on an unending stream of “what if?” speculations, which were designed to keep Watergate at the center of the news.

Meanwhile, what became known as Cox’s Army postponed any Watergate indictments for 10 months while they undertook wide-ranging investigations into every single allegation made against the Nixon administration from the time it had assumed office some six years prior. This was, after all, the promise that Vorenberg had made at their very first press conference, when he took center stage and responded to questions, following Cox’s very brief opening statement.

Oh, yes, they convicted and imprisoned over two dozen members of the Nixon administration for various crimes and offenses uncovered in their wide-ranging investigations, but only three of whom were convicted in the Watergate cover-up case — the original and announced purpose for the special prosecutor’s appointment in the first place.

Like Cox and Vorenberg, Jaworski improperly took his confidential Watergate files with him when leaving office — which effectively prevented any insights into his own actions and views for over 40 years. When recently uncovered, they were found to document the series of highly improper secret meetings that Jaworski and other prosecutors had held with Judge Sirica, as well as Jaworski’s concerns about the objectivity of the staff he had inherited from Cox and the details of how WSPF prosecutors secretly shared grand jury information with the House Judiciary Committee.

Thus, we recently learned that Jaworski had complained — in writing — to his deputy about his staff’s conviction “that the President must be reached at all cost” (emphasis added), even though their nominal focus was not on Nixon at all, but on enforcing criminal statues concerning his staff. Jaworski even went so far as to say that it wasn’t worth listening to his staff’s recommendations (all of whom had been hired by Vorenberg) because they had pre-meetings to assure only a single point of view was to be presented.

Does all this sound similar to what we are seeing today? It was Karl Marx who once said, “History repeats itself, first as tragedy, second as farce.” We already know that power corrupts, so it should have been obvious that a specially recruited group of prosecutors, whose rationale for existence is to uncover charges to be brought against one man, cannot help but succumb to prosecutorial abuse.

Geoff Shepard was deputy counsel on President Nixon’s Watergate defense team. His recent book, Inside the Real Watergate Scandal: Collusion, Conspiracy and the Plot that Brought Nixon Down, is being re-issued in paperback this month.