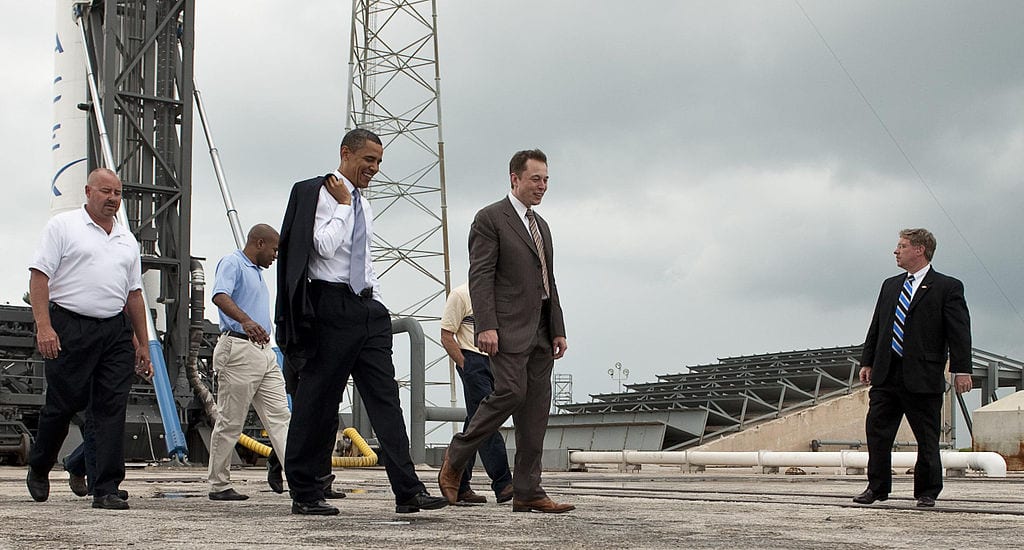 Credible news outlets are reporting that a U.S. low-orbit satellite launch was a costly failure, and government officials are responding with crickets. Pentagon officials are directing all inquiries to SpaceX, the Elon Musk-led company that performed the launch. SpaceX, meanwhile, continues to claim that it is barred from commenting due to the mission’s classified nature, though it has been insistent that nothing went wrong.

Taxpayers have a right to know more than they are currently being told, considering that we are footing the multi-billion dollar bill. Unfortunately, it appears that the recent SpaceX debacle is just one more example of how the cronyist nature of defense contracting often prevents the government from getting its money’s worth.

The Wall Street Journal report indicates that a SpaceX rocket known as Falcon 9 failed to properly release its Northrop Grumman-manufactured payload (code-named Zuma). Though the Zuma payload was intended to separate from Falcon 9 and continue into orbit, its failure to do so resulted in Zuma crashing to earth. Though SpaceX and Northrop Grumman are required to have third-party insurance, the American taxpayer is stuck paying for the federal government’s losses.

The government’s unwillingness to provide details on the mission goes against precedent. Though classification of mission data is certainly nothing new, there is an expectation that the government release at least basic information about such a high-cost mission. In particular, the Americans paying for this satellite deserve to know whether or not the mission was a success or failure — if the mission was a failure, they should be informed about whether or not an investigation had begun into what went wrong. Instead, the Pentagon shut down reporters asking fairly simple questions about the launch.

While it is possible that the federal government genuinely wishes to protect national secrets, it is just as likely that it does not wish to put a spotlight on the government contracting process. SpaceX has received 70 percent of its contracts from the federal government. In early 2015, the total value of those contracts was estimated at $5.5 billion, though that number is surely higher now.

Even before this year’s catastrophic launch, SpaceX’s track record raised questions about why the government keeps awarding it major contracts. The Zuma launch was delayed back in November, resulting in the launch taking place around two months late. Zuma marks the third payload that a Falcon 9 rocket failed to deliver in just four years. Meanwhile, SpaceX’s main competitor has not failed to deliver a payload in 12 years.

Of course, Department of Defense contracts have long been a prime target for corporate cronies. The size of DoD contracts means there is a great deal of money to be made, and little incentive for government officials to prevent waste. A 2010 report by the Washington Post found that 19 out of 28 members of the Senate Armed Services Committee held investments in companies that received major contracts from the Defense Department.

The consequences of cronyism in the Department of Defense go beyond just waste. Significant quality control issues were identified before the Zuma launch, at SpaceX sites as well as at those of its competition. A review of the prime contractors involved in launch programs such as this one found 181 “nonconformities” to federal requirements.

SpaceX’s recent failed launch is symptomatic of a broader problem in an area of government where quality control and oversight to limit wasteful spending are sorely lacking. Waste of taxpayer dollars is bad enough, but doing nothing while cronyism creeps into agencies meant to ensure national security entails far greater dangers. Rather than protecting a favored corporation, the government should let taxpayers know what they just paid for — and why they got nothing for it but a pile of debris on the ground.