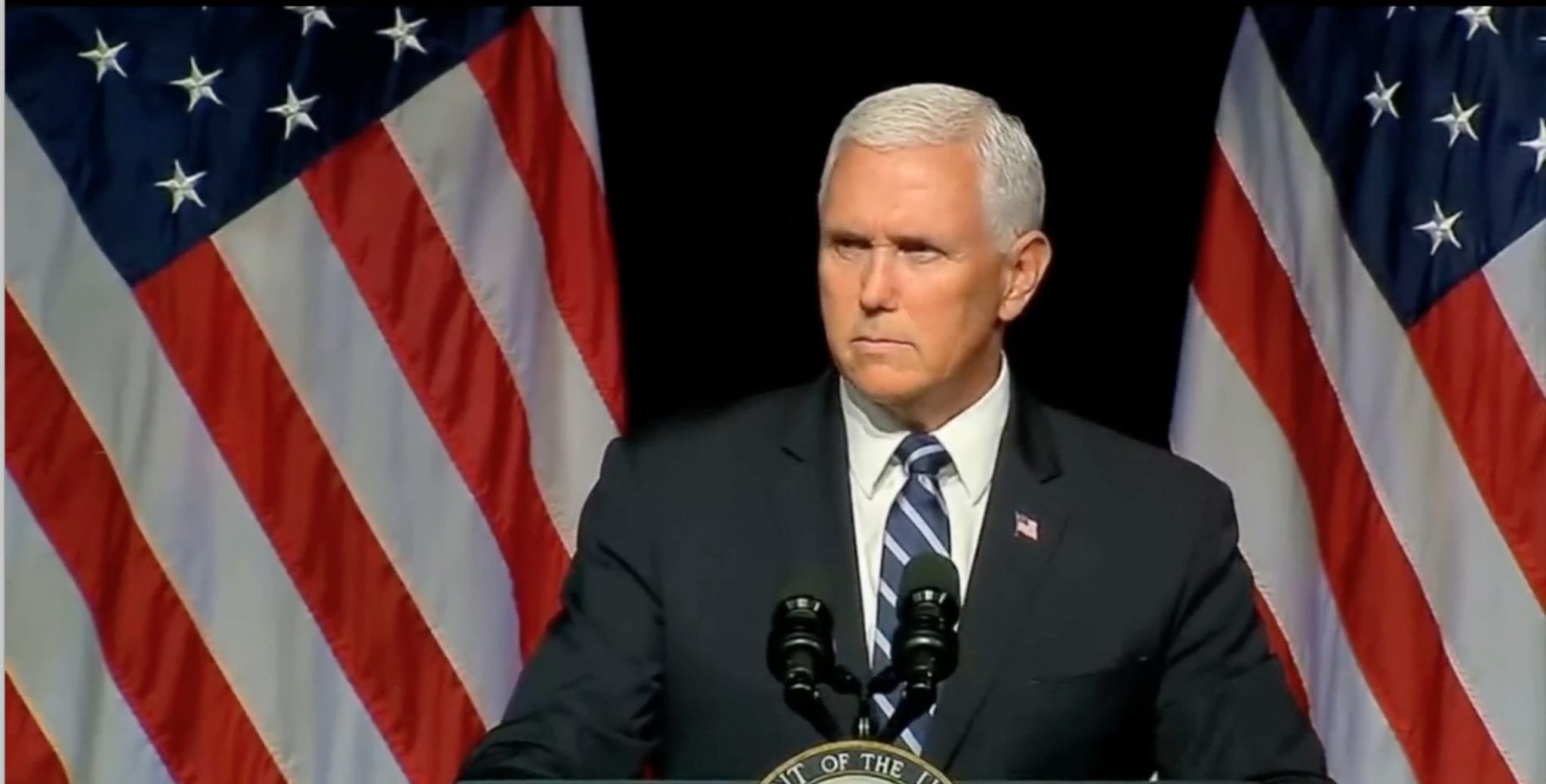 The White House has announced its intention to create a space force. Until now, a series of treaties have prevented the weaponization of space. Yet, even with things like the Outer Space Treaty of 1967 and other fantastical agreements, space has been militarized almost from the start. The only reason no space war occurred during the Cold War was that the technology to get humans into space was so rudimentary and the costs of such operations were too high. Today, costs have come down and space is much more accessible (as it should be) to humans. As the costs for entering a strategic domain lower, the potentiality for warfare increases. This is a fact of human nature: we compete with each other.

Since the 1970s, the United States has increasingly come to rely on space systems to underpin its military power. Today, the American military operates in a cohesive fashion. While our Armed Forces are relatively small (only one percent of the American population serves in uniform, for instance), American space systems allow those forces to operate in a synchronized and rapid fashion. Remove those linkages and America’s military capabilities on Earth will be severely degraded. What’s more, the costs of fielding and maintaining satellite constellations is far greater than the costs of the technology to destroy or debilitate those vital systems.

American enemies have known this for some time and have taken this into account. China has reorganized its armed forces to include serious space warfare capabilities. Russia, for its part, created the Aerospace Defense Force which is tasked with conducting Russian space warfare, as well as managing its air force and nuclear weapons.

Yet, the United States continued operating its own armed forces as though there were only three strategic domains (land, sea, air). Part of this was due to bureaucratic inertia; another reason for the reticence was that the existing branches of the military — notably the Air Force — feared losing a significant source of funding. More frightening, however, is the active resistance being waged by policymakers who believe in the utopian ideal of keeping space a weapons-free sanctuary. Many of these utopians argue that the international space treaties ensure the peaceful use of space and, so long as we ugly Americans don’t place weapons in orbit first, the rest of the world will help to ensure that space remains a weapons-free sanctuary.

This is utopianism at its finest (or its most dangerous). If international treaties were so effective in keeping the peace, why hasn’t someone created a set of treaties for the peaceful use of the Earth? What makes space so different from the other strategic domains of land, sea, and air? Just look at cyberspace: the innovators in Silicon Valley truly believed that the internet would unite us peacefully as never before. Yet, cyber warfare was one of the first things humans experienced in cyberspace. It now plagues humanity today.

As Thucydides wrote: “the strong do what they will, the weak suffer what they must.” This fact about human nature has remained unchanged since the beginning of time. The expectation that space cannot — or will not — become yet another strategic domain of human competition is as ridiculous as those who believed that air travel was a gimmick or that tank warfare was the purview of cranks. As capabilities to access space increase, Man’s ability to wage war there will increase as well. I’d prefer to have the United States in the lead rather than China.

Right now, China has a military space station in orbit around Earth, the Tiangong-2. China is preparing to launch a more advanced, modular space station known as Tianhe-1. Beijing possesses an arsenal of antisatellite (ASAT) weapons all aimed at our vulnerable space systems. What’s more, both the Chinese and Russians have developed hypersonic weapons that can evade existing American defenses. Meanwhile, rogue nuclear states, such as Iran and North Korea, have the capability to attack the United States with nuclear weapons. Only space-based weapons could prevent this from becoming a reality — something that we have the capability to produce, but something we have thus far lacked the will to deploy.

The Trump Administration’s announcement of a Space Force is the first vital step in America’s reclaiming its rightful place as the dominant nation in space. Further, it is the only way to protect critical American space systems that are currently susceptible to enemy disruption and attack. Should those satellite constellations be destroyed or even disrupted, the strategic and economic consequences to the United States are simply too frightful to contemplate.

Space is the ultimate high ground, and whichever force dominates that high ground will dominate the rest of the world. It’s human nature.