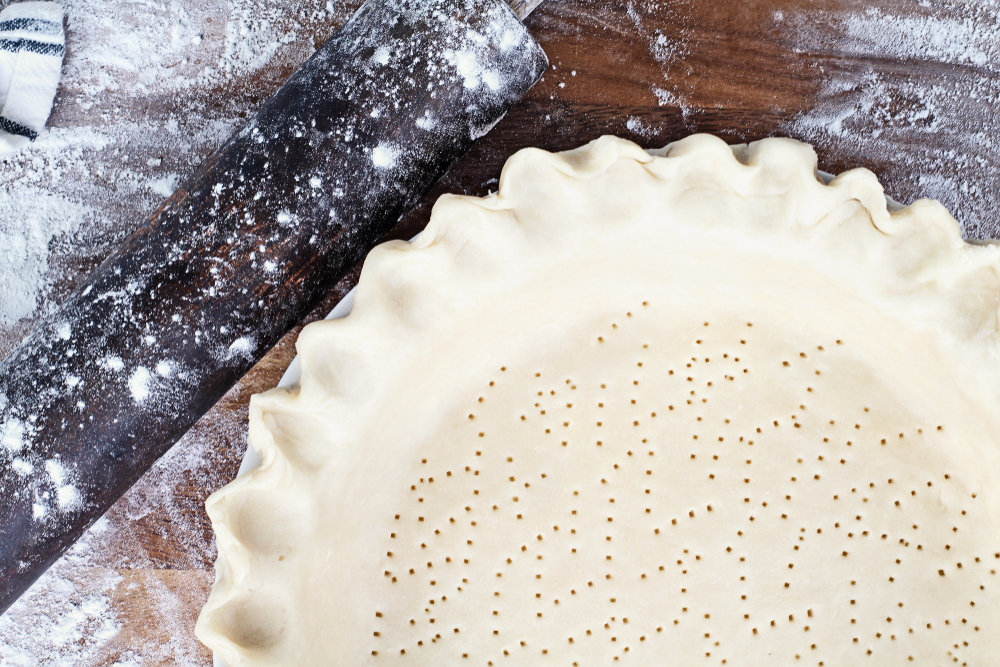 Cooped up due to COVID? Don’t get out much? Pantry running low? Here is a “rock soup” type of recipe that will entertain, sustain, and nourish, courtesy of my dad’s mom, Gertrude (Bailey) Howard, by way of his sister, Aunt Ruth. Dad’s family (and it was a big one) “immigrated” from the hollers of Southeast Kentucky shortly after World War I, first to Golden, Colorado, for Granddad Jake’s health, then to Lebanon, Oregon, and finally to eastern Washington in the middle of the Great Depression. They saw some tough times, but none were afraid of hard work and all pitched in to make the best of things.

Send your food and drink recipes to editor@spectator.org — and let us know what you think of any that you try out!

Sourdough is not a “must” — any pie dough will do. But once you make up a batch of starter, you’ll have it for pretty much ever and won’t need to go to the store for more yeast. And the filling shouldn’t work — but it does. Every time you make it you’ll wonder at how good it is.

This recipe makes one pie crust (Gertrude probably made two or three at a time to treat her large family). You’ll want to make this in advance because a few hours of refrigeration or sitting out on a cold porch enhances the flake.

*According to Aunt Ruth, Grandma preferred beef tallow, which she rendered down in water to avoid scorching or coloring, set it out to cool, and kept the pure white fat. She used pork lard when she could not get tallow and used half butter (or all butter) when she had plenty of it.

Cut cold butter/lard into dry ingredients until the texture of coarse cornmeal (work fast, even faster if using beef or pork lard — both warm and liquify quickly and can lead to tougher crusts).

Incorporate the sourdough starter, knead quickly, form into a fat disk, wrap in waxed paper or plastic wrap, stroke a few times with a rolling pin, and chill for two to three hours.

Preheat oven to 400° F. Roll out dough, place in pie tin, crimp the edges, and set pie tin on a baking sheet.

*With the butter, the flour, and the sugar, this recipe is not particularly low-cal — in those days, the more calories the better. If you are worried about the “COVID 15,” you could use a designed-for-baking sugar substitute.

Now comes the cool part. Pour the water into the pie crust. Mix the flour and sugar together and spread or sift over the water (do not stir). Add the vanilla and cubes of butter. Bake for 30 minutes, reduce heat to 375° F (if edges of crust are getting too dark, wrap them in strips of aluminum foil), and bake for another 30 minutes.

Allow to cool (don’t worry — it’ll thicken up) and chill before serving.