by Steven Greenhut
A Glaucous Gull taking a drink in the fresh water run-off to the beach at the Piedras Blancas Elephant seal rookery, California. (Alan Vernon/Creative Commons) 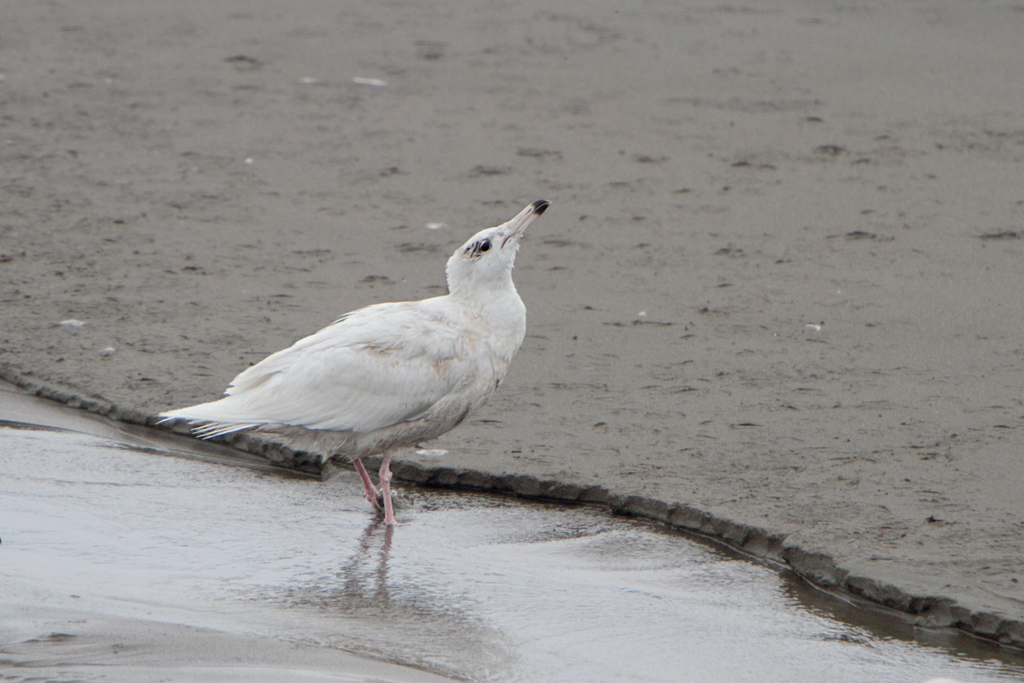 SACRAMENTO, Calif. — To give credit where it’s due, California’s government — through the state auditor’s office, Legislative Analyst’s Office, and various inspector generals and oversight bodies — does a remarkable job producing reports that chapter-and-verse the scandals, mismanagement, incompetence, and wasteful spending that’s rampant throughout our state’s agencies.

Nothing much ever comes from those reports, at least in terms of reforming the offending body or slashing its funding, but the documents provide excellent fodder for reporters. California’s Legislature even has a Joint Sunset Review Committee, tasked with “sunsetting” unnecessary agencies and regulations. It holds interesting hearings. To my knowledge, though, it never has actually shuttered anything. So, welcome to California.

The latest watchdog report, released by the state auditor this week, is noteworthy because it serves as an allegory of how California and most other governments nearly always operate. Don’t worry about the banal title, “State Water Resources Control Board: It Lacks the Urgency Necessary to Ensure That Failing Water Systems Receive Needed Assistance in a Timely Manner.” The auditor has a knack for offering blockbuster news with mind-numbing headlines.

The burden lies entirely with the state government. It has continually allocated money to solve the problem — yet it never gets fixed.

But the conclusion is significant well beyond the water world: “California is one of the most prosperous states in the country, and yet, fundamental inequities still exist, including access to safe drinking water. In fact, nearly a million Californians lack access to safe drinking water because they receive water from systems that do not meet water quality standards.”

This problem has been going on for years, with Democratic lawmakers routinely braying about the unfairness of a wealthy state that won’t even provide clean drinking water for so many of its residents. They are right that it’s unfair to expose these residents to the risks, but the burden lies entirely with the state government. It has continually allocated money to solve the problem — yet it never gets fixed.

The residents without water tend to be the state’s poorest residents, especially in farmworker communities in the southern San Joaquin Valley. In some of those towns, such as East Orosi, residents depend on bottled water deliveries from the State Water Board, as the New York Times reported in 2019. Gov. Gavin Newsom, the newspaper added, proposed a new tax and allocated money from a bond measure. Years later the problem remains.

“The State Water Board provides funding and other assistance to water systems for drinking water projects that address or prevent public health risks,” according to the auditor. “However, over the last five years, the average amount of time it took for water systems to complete their applications for these funds, and then for the State Water Board to review them and award funding, has nearly doubled from an average of 17 months in 2017 to 33 months in 2021.”

That’s government, right? Lawmakers bloviate about some inequity, and sometimes they are right in their identification of the problem. It is in fact a travesty that so many residents can’t drink the water. Then officials propose solutions, which typically involve higher taxes and fees and providing agencies with additional regulatory powers. Then, well, not much happens — but the state sure does follow up with a nice oversight report.

Now that the auditor has brought the matter to the Legislature’s attention, I’d expect a flurry of spending bills to emerge once lawmakers return from summer vacation. But the problem seems fundamental to the way the bureaucracy does business.

The water resources board “has no performance goals or metrics for measuring and improving its processes for reviewing applications and executing final project plans and agreements in a timely manner,” per the audit. It gave an example of the board funding “a high-priority technical assistance project,” but “did not recognize until 10 months later that the provider had not performed work on the project.”

Given those realities, affected valley residents won’t be giving up on those bottled water deliveries any time soon — no matter how much the Legislature provides in additional funding. As I pointed out in my 2020 book, Winning the Water Wars, then-Gov. Jerry Brown in 2012 signed Assembly Bill 685, which created a Human Right to Water. As it noted, “every human being has the right to safe, clean, affordable and accessible water adequate for human consumption, cooking, and sanitary purposes.”

That’s great, but the state would have been better off sparing the “rights” grandstanding and focusing instead on competently managing some less-lofty-sounding civil-engineering projects. This is a multimillion-dollar problem in a state with a $97.5-billion budget surplus, so it’s not about money — but governmental competence. There’s not much of that going around in Sacramento.

The solutions could be quite simple. That Times article noted that an obvious solution is to have larger, neighboring water districts absorb these tiny districts that lack the customer base to provide cleaner water, thus spreading the costs to a wider area. Whatever the solution, using the State Water Resources Control Board to implement any idea might not be the best approach. You can trust me on that — or wait for another audit in five years.