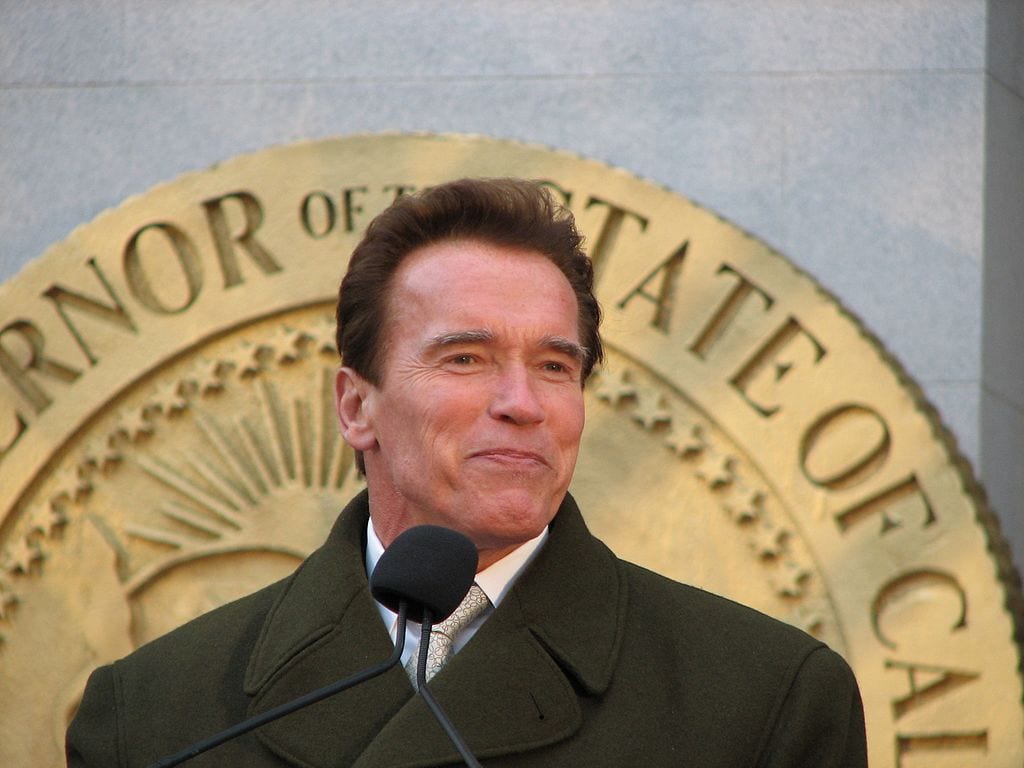 Some bad ideas — and bad politicians — just won’t go away.

Former California Republican Assembly leader Chad Mayes of Yucca Valley, who was pressured to leave his top leadership post after signing on to Gov. Jerry Brown’s 10-year extension of the business-killing cap-and-trade program, has announced a “new” plan to help the GOP “regain its relevance,” as the Los Angeles Times put it this week. It’s more likely to put an end to any vestige of relevance the collapsing party may still have.

Mayes’ project will create a super PAC as the party heads into the 2018 elections. “New Way California” promises to reach out to Democratic and independent voters who typically ignore GOP candidates, which is a necessary goal, of course. But these moderate Republicans are embracing a foolish way to reach them. They’ve enlisted the help of former Gov. Arnold Schwarzenegger, whose failed administration pioneered some of the environmental policies that the Democrats are expanding upon today. What are these Republicans thinking?

The project has the support of California GOP legislator Assemblyman Rocky Chávez of Oceanside, who received a 75 percent (out of 100) score from Planned Parenthood and relatively high marks from the California Labor Federation. This isn’t anything new. It’s more indicative of the Old Way in which the Republican Party here has tried to compete — by echoing Democratic policies, expanding government programs and making peace with the public-sector unions that are at the root of most of the state’s most entrenched problems.

Like all such efforts, the New Way advocates are short on specifics, long on hectoring rhetoric. “I think a lot of us are feeling very nervous about going into 2018 with the current dynamics that we’re facing today,” Mayes said at a recent press conference. “And I think, in large part, that’s because Republicans have failed to be able to reach out to folks, to average folks, in California. They don’t think we care about them. They don’t think we are working for their benefit.”

The lawmakers pointed to energy, income inequality, early childhood programs, compromise, compassion and civility as core issues, according to news reports. But the real issue is whether the party is going to embrace the same-old endless capitulation that has led only to its implosion — or try to stand up for a few sound principles.

It’s also hard to take these Republicans seriously as bold truth-telling leaders after they basked in the favorable attention they received as they posed with Democratic leaders for photo-ops after they helped pass a law that will raise gasoline prices for Californians by 63 cents by 2020. Mayes was awfully proud of his “bromance” with the Democratic Assembly leader.

And how does anyone believe that retreading Schwarzenegger will boost civility and compassion in the state Capitol? Many Californians still seethe at his final actions as governor. As the Times reported in 2011, “Schwarzenegger reduced the prison sentence of the son of former Assembly Speaker Fabian Nuñez, Esteban Nuñez, who had pleaded guilty to participating in the killing of a college student. The governor also granted several other commutations and pardons and gave plum government appointments to political allies and the spouse of his chief of staff.” When asked about the shameful sentence reduction, Schwarzenegger reportedly said, “of course you help a friend.” That reflected the old way of doing things in politics.

The New Way folks certainly have pointed to a serious problem. There’s not a single Republican among the state’s constitutional officers (governor, lieutenant governor, secretary of state, controller, insurance commissioner, attorney general, treasurer and superintendent of public instruction) — and it’s highly unlikely that there will be after the next elections. Meanwhile, Democrats only lost their legislative supermajorities because a handful of members resigned amid allegations of sexual harassment. The Democrats own the state.

Moderate Republican legislators and donors have only contributed to the problems. They backed a number of process-oriented reforms designed to moderate the political extremes, but which seemed to have cemented into place liberal Democratic power. For example, the “top two” primary system means that it’s unlikely that there will even be a Republican on the ballot in the general election in many of those statewide and legislative races.

GOP registration levels have fallen below 26 percent. “Decline to State” would soon be the second-largest party if it were indeed a party. Hillary Clinton beat Donald Trump by 4 million votes in California, which is indicative of the party’s dismal popularity here. But that should also be a warning to conservatives who believe that the alternative to a Mayes/Schwarzenegger party of squishy “Republicans In Name Only” (RINOs) is to embrace Trumpism in this deep blue, socially liberal, immigrant-heavy state.

My answer is always the same: The Republican Party should go in a more libertarian direction. It should stand firm against tax hikes and regulation, but also oppose big government in all other areas of our lives. It needs to focus on how public-sector unions are destroying public services in this state and leading to tax hikes and debt. Unfortunately, the state GOP is so closely aligned with the public-safety unions that its voice has been muted. It needs to live up to its limited-government rhetoric on marijuana laws and criminal-justice reform, too. This isn’t Alabama.

The New Way folks are right that income inequality is a problem, but it’s caused by decades of liberal land-use and environmental policies — not because of insufficient government spending on early childhood programs. Even on climate change, the party could be more constructive without caving in to Brown’s apocalyptic visions. For instance, a revenue-neutral carbon tax would be a far better way to address carbon emissions than giving the ham-fisted California Air Resources Board endless power to torment state manufacturers.

Those are just a few thoughts. Part of the problem is the GOP leadership isn’t particularly impressive. The best and brightest aren’t going to run for statewide offices they can’t possibly win. They’re not usually going to run for the state Legislature, where they have no chance of passing meaningful laws, unless this is the best gig they can get. It’s unclear what could save the party at this point, but it is clear that bringing back Schwarzenegger and the whole, tired group of RINOs is only going to accelerate the party’s death spiral.