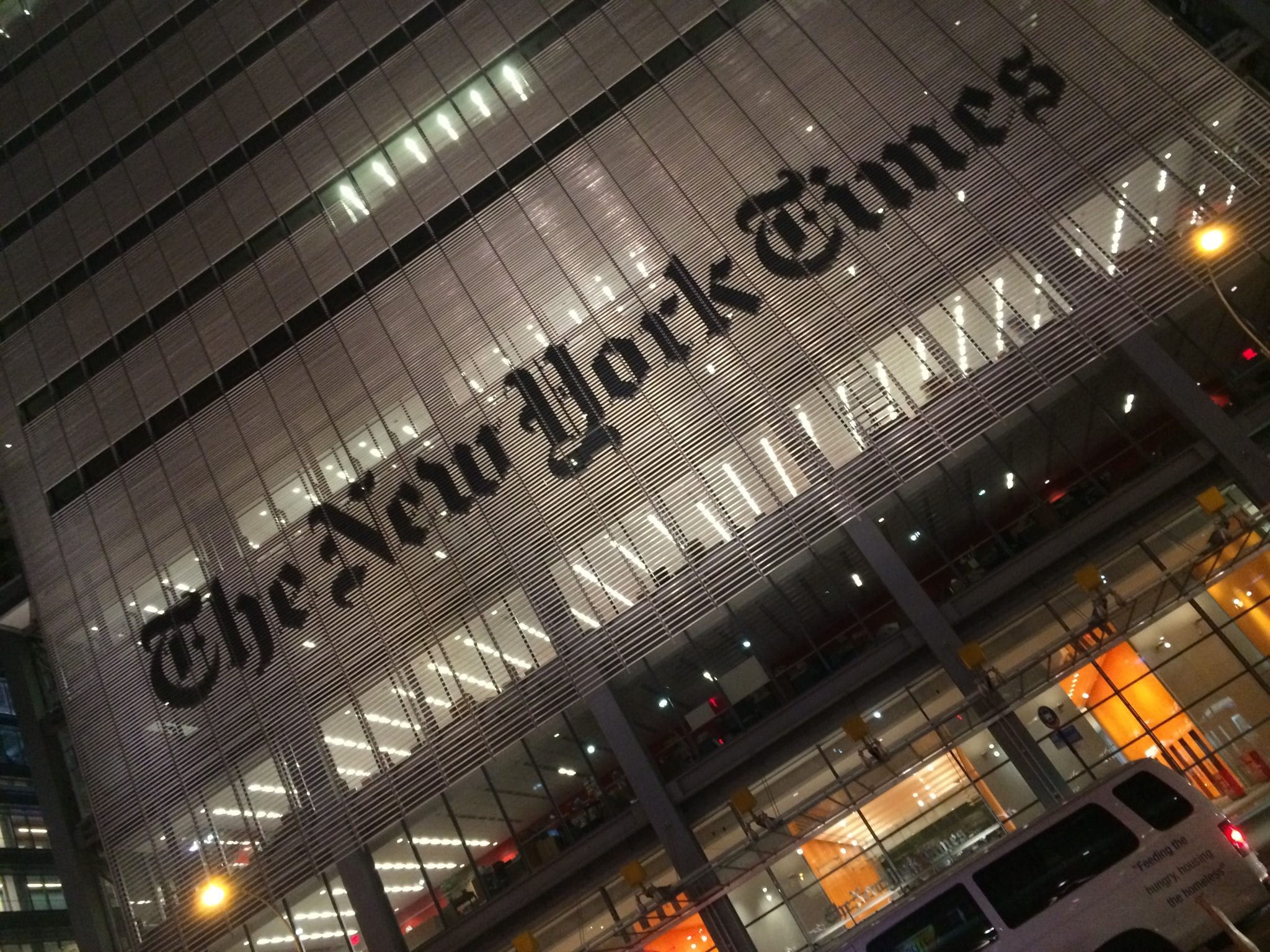 The New York Times named anti-white racist Sarah Jeong to its editorial board earlier this week.

The new hire’s social media history reads like something David Duke might write, if only the reader substitutes “white” for all mentions of his disfavored groups.

Her posts featured the hashtag “#CancelWhitePeople,” proclaimed Caucasians “only fit to live underground like groveling goblins,” and fantasized of the coming extinction of the race she seeks to erase. “Oh man,” she tweeted, “it’s kind of sick how much joy I get out of being cruel to old white men.”

The peculiar hiring comes less than two years after public editor Liz Spayd’s scolding of her employer for its lack of diversity.

“Only two of the 20-plus reporters who covered the presidential campaign for The New York Times were black,” Spayd wrote. “None were Latino or Asian. That’s less diversity than you’ll find in Donald Trump’s cabinet thus far. Of The Times’s newly named White House team, all six are white, as is most everyone in the Washington bureau…. The executive editor, Dean Baquet, is African-American. The other editors on his masthead are white.”

Shortly thereafter, the Times released a report boasting that it signed on to something called “the C.E.O. Action for Diversity and Inclusion,” “rolled out unconscious bias training,” and “expanded our outreach to underrepresented groups, working with organizations dedicated to diversity in technology (e.g. Code2040), journalism (e.g. National Association of Black Journalists), and media (e.g. The Emma Bowen Foundation).” Though blacks and Latinos constituted just 14 percent of all employees, “Company-wide, 61 percent of our new hires in 2017 were women, and 39 percent were people of color.”

Jeong came as a two-for-one deal. And as an added bonus, the political outlook she espouses beyond her racial preoccupations meshes with the views of her colleagues. A December 2015 tweet brags, “I was equating Trump to Hitler before it was cool.”

As CNN’s Jim Acosta grandstanded his way out of a White House press briefing on Thursday because the administration portrays the news media in an adversarial light that he claims endangers journalists, the Times hired a woman who equates Donald Trump to Adolf Hitler. Why, other than to inspire an Operation Valkyrie, does anyone with a megaphone compare the elected president of the United States with a genocidal monster? Acosta advocates producing chants, buttons, and bumper stickers protesting the White House, apparently in an effort to persuade the public that the president is wrong to regard the press as an enemy.

Some people miss their irony.

The attempt of professional critics to muzzle their presidential critic seems to only embolden him. Thursday evening in Wilkes-Barre, Pennsylvania, Trump referred to the “horrible, horrendous people” in the back of the room and denounced “fake-news CNN” for declaring in 2016 that he possessed no path to 270 electoral votes.

More than a generation ago, The Media Elite reported a survey of 240 journalists at major publications showing that in the four presidential elections from 1964 to 1976 the press never voted by less than a 4-to-1 margin for the Democratic candidate. A 2014 study by Indiana University professors Lars Willnat and David Weaver indicated that the number of Republicans among full-time journalists dropped from 18 percent in 2002 to seven percent in 2013. Anecdotal evidence, such as the New York Times editorial board hiring a crackpot and CNN assigning a zealot to cover the White House, suggests that the media became more ideologically homogenous in the intervening few years.

Hypocrisy may color the media’s crusades for diversity in other fields as journalism remains a stuff-white-people-like profession. Something far worse characterizes its lockstep conformity of opinion.

The same bubble that prevented the Fourth Estate from seeing a competitive Trump candidacy, let alone a winning one, handicaps it addressing its real diversity crisis. Consumers of media suffer from a monolithic viewpoint coming from an ever-increasing variety of outlets.

“Her journalism and the fact that she is a young Asian woman have made her a subject of frequent online harassment,” the Times explained in defense of Jeong’s hiring. “For a period of time she responded to that harassment by imitating the rhetoric of her harassers. She sees now that this approach only served to feed the vitriol that we too often see on social media. She regrets it, and The Times does not condone it.”

Some racism is more equal than others. Some diversity is, too.