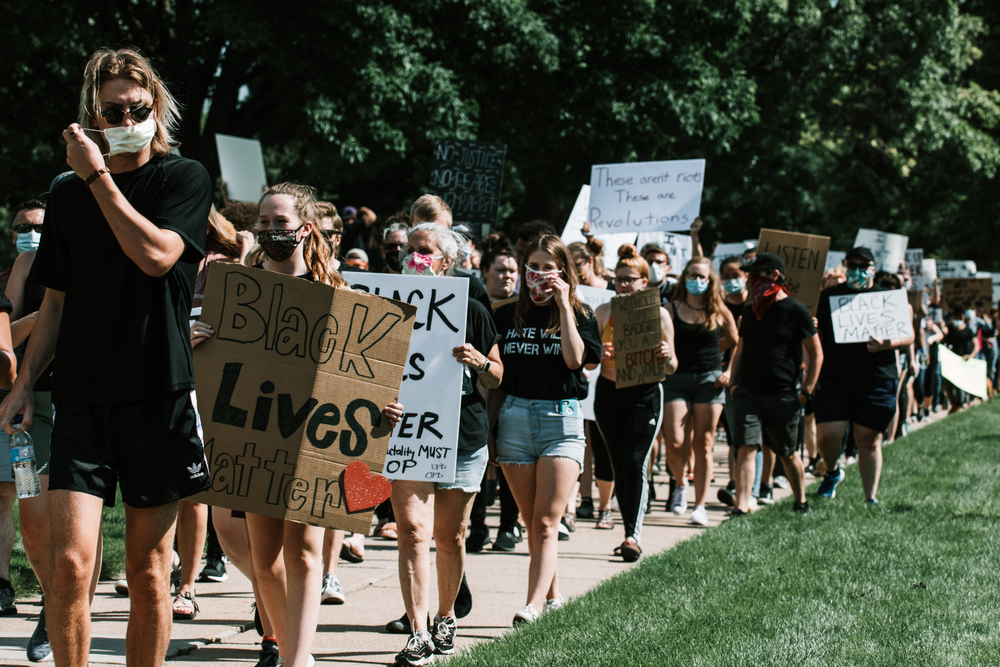 Love, wrote Wendell Berry, is what creates the world, and it is with love that we create whatever is good in our lives, as individuals and as the People of the United States. But because, as with all good things, “love” has been used to mask and to sell all kinds of other things far less worthy, Berry qualifies his meaning to address the skepticism that anyone who is wooed must employ:

But I do not mean any kind of abstract love … which is probably a contradiction in terms, but particular love for particular things, places, creatures, and people, requiring stands, acts, showing its successes and failures in practical or tangible effects.

It is not that there is anything wrong with love in general, any more than there is with freedom or equality in general. They are powerful abstractions, waiting to be applied back to that actual Creation that allowed us to live within love and to recognize it, and so return a deeper and more conscious love to it.

But the worth of that general kind of love within this world depends always on love being present in the exact choices we make in our practical, day-to-day life.

Pure generalities, as great as they may be, cannot apply themselves. Stalin’s Soviet constitution proclaimed in grand words: “Citizens of the USSR are guaranteed inviolability of the person.” Those citizens certainly have in this a fine general guarantee, but when those particular words were written down, approximately five million particular individual citizens had been set to slave labor in the Gulag Archipelago with very little of anything resembling due process.

This is not a failure only of the most notorious people, but even of the great. Thomas Jefferson would deserve lasting fame even if all he had done was to pen the Declaration of Independence. But when it came to slavery, failing to apply “all men are created equal” to the world in which he and others chose to support their lifestyle on the backs of others made necessary a terrible atonement of blood that still claims its victims today.

But if individuals do not actualize these generalities in their lives, the phrases are emptied of the good that was there at least in potential.

Let us say that a person refuses to look at the reality that Sen. Tim Scott, conservative Republican and an African American, spoke of when he related how many times he, a United States senator, had been stopped and hassled by police in D.C. for no stated reason. The unstated reason, clearly, was the offense that is cynically described as “driving while black.”

A person might say, because all lives matter and because no one wants to be stopped merely for the color of their skin, then black lives matter too and we should we do all we can to stop such bigotry. And if a person were to say, “Oh, all lives matter” as a counter to this, not wanting to recognize the actual hurt done through this particular act of treating a person as if their life didn’t matter, then that person has stripped the meaning of “all lives matter” in an Orwellian way. War is peace. If no life matters in particular, then all lives matter not at all.

Let us look at it the other way. Black Lives Matter has been used as the name of an organization that is as at least as much in the business of telling how other lives don’t matter as it is in addressing the specific hurts of specific people. All lives do not matter to them in a concrete and particular way — just as it didn’t matter to the other kind of bigots that they fight.

At the beginning of last Congress, a mere two years ago, there was considerable outrage over the grossly anti-Semitic statements and positions taken by two first-term Democratic representatives. There seemed to be a great deal of momentum for some kind of meaningful censure by the Democrat caucus of the flagrant bigotry and sordid hatred these representatives proudly displayed.

But when the party emerged from its deliberations on the issue, the speaker of the House issued a fatuous declaration of how they were opposed to all hatred. After all, all lives matter.

The problem, of course, just as with the problem Tim Scott pointed to, was not an abstract problem, about a flaw in an algorithm or in a logical syllogism. The problem was of particular people engaging in a particular kind of hateful and unacceptable behavior. The beautiful generality of No Hatred of Any Sort was used exactly as other shad used the beautiful generality of All Lives Matter. If a particular hatred of one sort is excused from any sort of reproof, then Hatred of Some Sort has been enabled and supported. And then the beautiful abstraction has turned into a cover for an ugly actuality that is allowed to grow and fester.

The weekend is a time where we are freer to reflect, perhaps with our faith community, perhaps quietly by ourselves. It is time for us as conservatives, in particular, to recognize and conserve the gift we have been given from the Creator, from the core of existence, to live as a particular within the whole of all things, and to respond to the love that is always present within it. And we respond to it by loving others in their unique and full individual freedom and particularity, called together in our freedom to lovingly serve each other as we have been served ourselves — and even better.

As Berry put it, real love is not just about receiving — real love “implies a responsibility just as particular, not grim or merely dutiful, but rising out of generosity.”

The universe is not built on the model of the Handout State. Its gifts enable us to become givers ourselves, engaged in the kind of giving we can only do as individuals aware of the nature of the love they have and continue to receive. Here within the world, this is the creative responsibility that makes us into spiritual adults and partners with G-d in bringing this world to its age-old goal of being truly God’s Kingdom.