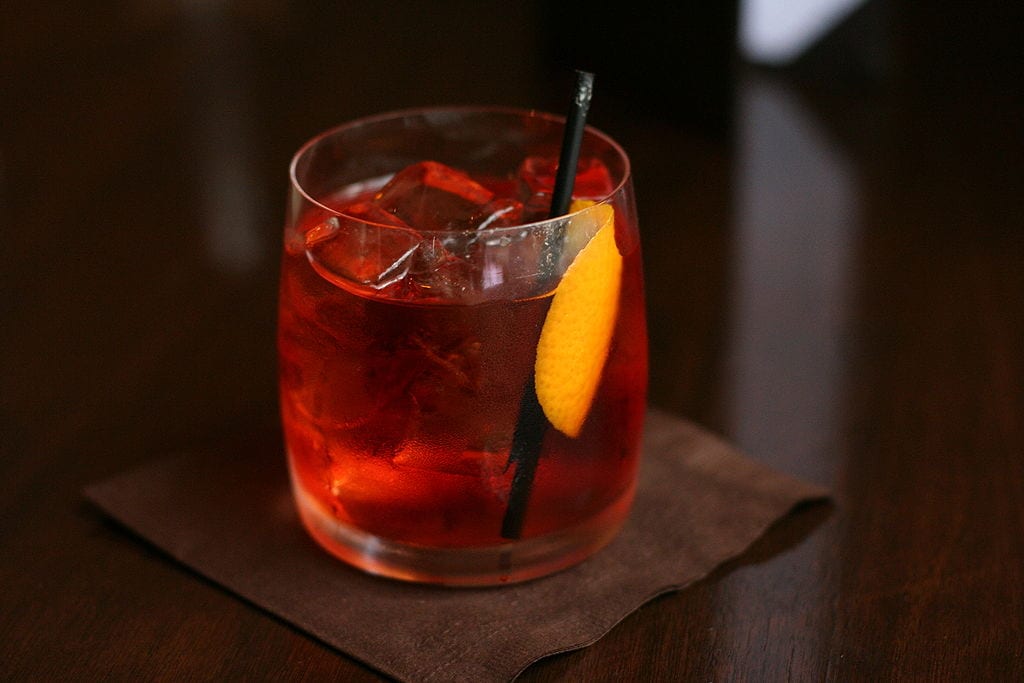 Have you heard the news? So-called “sin taxes” — particularly those on alcoholic beverages — are being rebranded as “health taxes.” It’s true.

I am happy that we may finally cast aside the term “sin taxes,” a label that oozes moralism. Really now, am I offending the Lord by sipping Negronis with my wife? Is it an outrage on human dignity for me to hoist a rare Tennessee whisky with a friend? Heck, the Man in the Clouds might well have gotten a laugh out of me quaffing plonk with Charo years ago. (Cuchi! Cuchi!)

I’d venture to say that when I purchase a fine bottle of spirits I am doing good for my fellow man. My purchase flows funds to the retailer who sold me the bottle, and the distiller who produced it. And, of course, the distiller — anticipating my sale — had to pay the farmer for the grain, the bottle-maker for the vessel, the paper manufacturer for the label, and his employees. Then there are the truckers who earn a good wage hauling the hooch to the shop. And this is to say nothing of the benefit conveyed to the maker of stills, the builder of barrels and shipping pallets, and so forth.

Thus, I will not drop a tear if we bid farewell to the name “sin tax.”

Former New York Mayor Michael Bloomberg and other public health advocates think sin taxes should be called and viewed as “health taxes.” Certain activities and products, like gambling and booze, issue “externalities” that are born by the community collectively. They say the overwhelming evidence indicates that higher taxes on alcohol and other vices will reduce excessive consumption and the associated health costs.

For sure, alcohol addiction and severe abuse is damaging. Anyone who has ever known an addict can speak to the awfulness and tragedy of it all. The same goes with compulsive gambling, which is horrifically costly.

So, what’s not to like about a sin or health tax?

Plenty. Dressing up the sin tax as a “health tax” sweeps under the rug some of the problems with this policy tool.

First, any product misused creates externalities. No man is an island unto himself, so when he gorges or misuses a product someone else will be affected. Consider the automobile, which racks up billions of dollars in costs and thousands of lost lives each year. These costs are born collectively. The same is true of guns and government-peddled lottery tickets. So why single out old timey “vices,” like drink, especially since we read today of individuals suffering cellphone and video gaming addiction.

Second, sin and health taxes are inherently unfair. Proponents of sin taxes argue they are needed to compensate society for externalities. Fine. But how to extract the compensation? Who should pay? There is, as David Leonhardt of the New York Times admitted, no easy answer. Is it fair to tax responsible drinkers for the costs of irresponsible drinkers? And more broadly, if the point of a sin tax is to compensate society collectively, then why does the teetotaler get compensated but the responsible tippler get charged? Both are part of society’s whole.

Third, sin and health taxes are regressive. As Christopher Snowdon of the Institute of Economic Affairs notes, sin taxes “take a greater share of income from the poor than from the rich.” Now, the close reader might note all sales taxes have that sort of regressive effect. True. But the poor are hit more in an absolute sense because the poor drink and smoke more. Additionally, sin taxes have an even harder bite because they are often lumped on top of already-existing sales tax.

If these inherent issues were not enough, taxes on drinks and purported “vices” run into various practical problems.

The worst abusers of alcohol, those who consume the most and inflict the most costs on society, are immune to sin taxes. This ugly truth undermines the contention that higher prices will deter bad behavior.

Speaking of pricing, a sin tax needs be set with some precision lest it foment black markets.

The higher the drinks tax goes, the more attractive untaxed moonshine and illicit intoxicants will be. And don’t be fooled: while your cousin Jeremy might make some fine white lightning, much illicit hooch often is lethal stuff. Illicit alcohol inflicts immense human and social cost.

But that is not how politicians tend to determine the level of sin taxes. Instead, they set tax levels based upon the size budget hole they wish to plug.

As a policy tool, sin taxes come with their own cost: they encourage politicians to hide the true cost of government from the public. Elected officials tax alcohol and the like to fund things wholly unrelated to the externalities they cause, like road repair and government employees’ pensions.

And not to be underplayed is the measurement problem. Calculating the cost of externalities is fantastically complex, not least because it is difficult to differentiate coincidence and causality. For example, say a man with a mental illness punches someone. Police would charge him with assault. But if that same man had two beers before he slugged the person, the incident would be recorded by authorities as an alcohol-related assault. But did the two brews matter?

All of which means sin taxes need to be rethought, not cheerfully repackaged as “health taxes.”