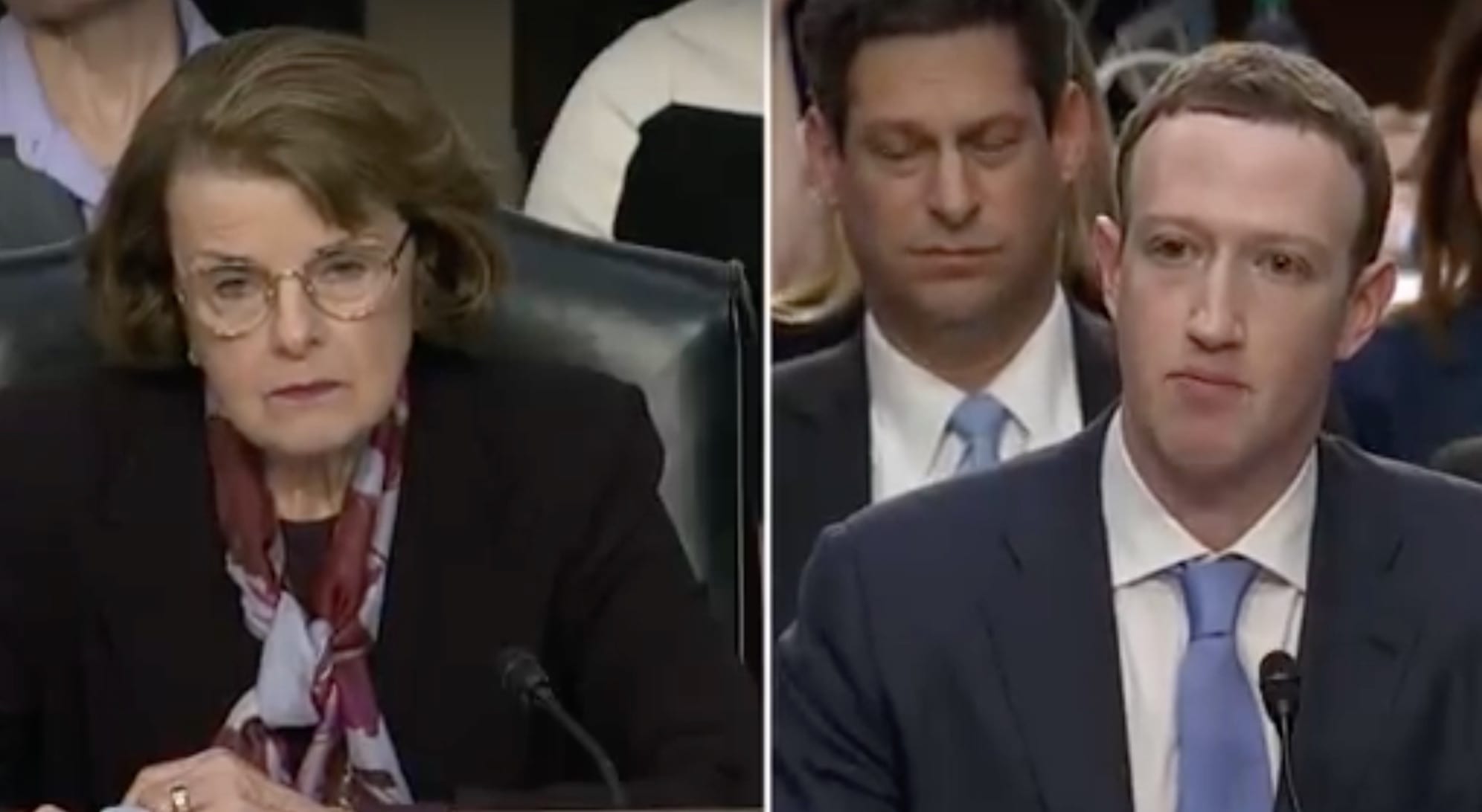 Social media giants like Twitter and Facebook that used to brag about promoting free speech now say they’re taking on a new role — the speech police.

Twitter is suspending as many as a million accounts a day, with 70 million silenced in May and June, according to data disclosed Friday. The massive purge is to prevent the spread of fake news, Twitter says. The problem is who decides what’s fake?

Democrats in Congress are encouraging the crackdown. They point to how Russians set up social media accounts and flooded the internet with phony news and inflammatory rhetoric in the months before the 2016 presidential election, and according to special counsel Robert Mueller, tilted it in favor of Donald Trump. At a Senate hearing, Dianne Feinstein (D-Calif.) ordered lawyers for Facebook, Twitter, and Google to do something about it “or we will.”

Don’t be fooled by these calls to “clean up” the internet in order to protect our democracy. Fake news, hateful remarks, and Russians impersonating Americans are not as dangerous to our democracy as Silicon Valley’s misguided drive toward censorship.

It’s probably true that Russians tried to meddle with public opinion to tip the election in Trump’s favor. But the Russians’ antics, laid out in an indictment by special counsel Robert Mueller, are laughably unscary.

The thirteen Russians named in the indictment created thousands of Facebook, Instagram, and Twitter accounts and posted messages like “Choose Peace and Vote for Jill Stein. Trust me, it’s not a wasted vote.” This is the voter manipulation we’re supposed to be terrified by?

Mueller’s indictment says this tiny crew of Russians “engaged in operations primarily intended to communicate derogatory information about Hillary Clinton, to denigrate other candidates such as Ted Cruz and Marco Rubio, and to support Bernie Sanders and then-candidate Donald Trump.” The correct reaction to these Russian high jinx is “so what?” American democracy has survived political dirty tricks by foreigners for two centuries.

In 1796, agents of the French government tried to tilt the election toward Thomas Jefferson by smearing incumbent Vice President John Adams as a monarchist and organizing local pro-Jefferson societies in many states. In the 1940 presidential election, the British spread propaganda to defeat Wendell Willkie and ensure FDR’s re-election, because Willkie opposed the U.S. joining Britain’s battle against the Nazis.

Foreign shenanigans are nothing new. You wouldn’t be hearing about Russian interference if Hillary had won.

Far more perilous to our democracy is the misguided expectation that global social media companies should act as the Ministry of Truth, like in George Orwell’s novel Nineteen Eighty-Four.

Facebook’s attempt at policing is producing comical failures. In the run-up to July Fourth, a small Texas newspaper the Liberty County Vindicator posted the Declaration of Independence, including its reference to “merciless Indian savages.” Facebook uses algorithms to automatically shut down any posting with words that could be hurtful. So Facebook labeled the Declaration hate speech and took it down.

Facebook singles out some postings as misleading. Brent Bozell of the Media Research Center explains that it’s “about going after conservative talk on the Internet and banning it by somehow projecting it as being false.” Similarly, Twitter tags tweets from the conservative news aggregator Drudge Report as “sensitive content,” complains House Intelligence Committee chairman Devin Nunes (R-Calif.).

Twitter chief executive Jack Dorsey is committed to promoting “healthy conversation.” That’s like colleges calling for safe spaces. It’s harmful to democracy, because discord and political controversy are what makes democracy thrive. That’s why the Founders wrote the First Amendment, to protect unrestrained debate in the public square.

Social media platforms should be the 21st century version of the public square, where the free exchange of information and political opinions is guaranteed, not censored.

Germany is learning that the hard way. A new German law requires social media companies to delete questionable content within twenty-four hours — taking on a role similar to what Feinstein suggested. It’s already backfiring. “Legitimate expressions of opinion are being deleted,” says Bernhard Rohleder, CEO of Bitkom, Germany’s federal association for information technology and new media. Germans see their freedom of expression and access to information being curbed by global social media companies.