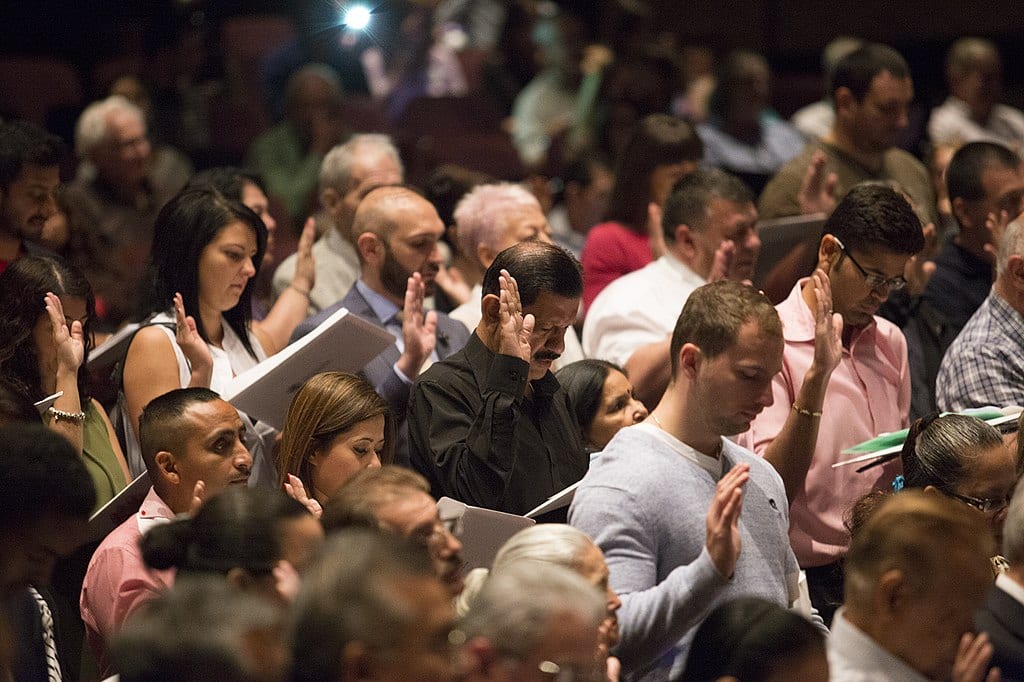 Gee whiz! Didn’t we all get a lot out of the shutdown? Whether or not we sought it, we got the cynical attention of a cynical world, wondering what had possessed the crazy Americans this time.

Donald Trump should have known better than to thump his chest over the coming capitulation of Nancy Pelosi, who — a serious egotist in her own right — understood the costs of capitulation to the man her constituents like least in the world. Couldn’t Trump have figured this out instead of circling the woman who had just merrily knocked the chip off his shoulder? He wanted triumph; he instead got a poke in the nose.

Not that Pelosi profited more handsomely. She may have to acknowledge at some early point the absence of any Democratic vision for getting a handle on the current immigration problem in all its complexity.

The reality of the shutdown is that neither side was trying to solve a real-world problem. Everything had to do with face and the saving thereof. The upshot: nothing solved, a fresh pot of trouble brewing on the stove.

A heated debate over building a border wall was the wrong argument at the wrong time, a show purely for the grandstands. But so we live these days. It is small wonder we are always in a foul mood. We assign to rival power brokers the task of untying our toughest knots — immigration, for instance. Neither side in the immigration wrangle can possibly be 100 percent right — neither the build-the-wall side nor the let-’em-all-in side. Yet we expect the power brokers to tie up things with a pretty bow.

Getting a handle on immigration means facing unpleasant realities: chiefly, the inability of any attractive nation to achieve airtight border control. We don’t live in airtight national compartments any more — if indeed we ever did.

Slipping across a border in our increasingly borderless world is no great trick. The trick lies in minimizing the temptations to slip across and form within the United States an unassimilated mass of the foreign-born, one likely to produce or heighten local resentments — of which don’t we have enough now?

I don’t know what the “nativism” for which conservatives get blasted means, apart from 1) the insistence that aspiring (or persecuted) immigrants receive reasonable accommodation here and 2) the requirement that newcomers fully accommodate themselves to their new cultural environment.

It makes no earthly sense to invite and welcome hard cases with no notion but to take what they want from America and ignore everything else — language, folkways, traditions, loyalties. Progressives regard it basically as “racist” to condition living here with agreement to observe cultural norms. What norms they would prefer is the question they never manage to answer.

So, then, if we just got the progressives to shut up, all would be well? Is that it? Not exactly. Progressives acknowledge what the wall-builders don’t like to: that, for one thing, America is running low on old-style and new-style Americans both. Fewer and fewer American women are having babies. The U.S. fertility rate fell last year to 60.2 births per 1,000 women of childbearing age. Abortion cost an additional 638,000 American lives in 2015, the last year for which statistics are available. A new New York state law may stimulate the trade by allowing abortion in the third, rather than just the first two, trimester of life. Meantime, employers scramble to find employable workers amid the good news of a 3.9 percent jobless rate.

We need more Americans, in short. Some rules easing the terms for hiring temporary workers would be of immense help, as would Democratic support for such rules.

A via media — a middle way — between the keep-’em-outers and the let-’em-inners would constructively address the problem. However, that would involve calming our political leadership and affording scope for reasonable people to work things out.

Our modern curse is politics and its seepage into every unsealed crevice of life. Our dirty little and, of course, inadmissible secret is that there’s no problem politicians can’t make worse — with a little voter and journalistic encouragement, natch.