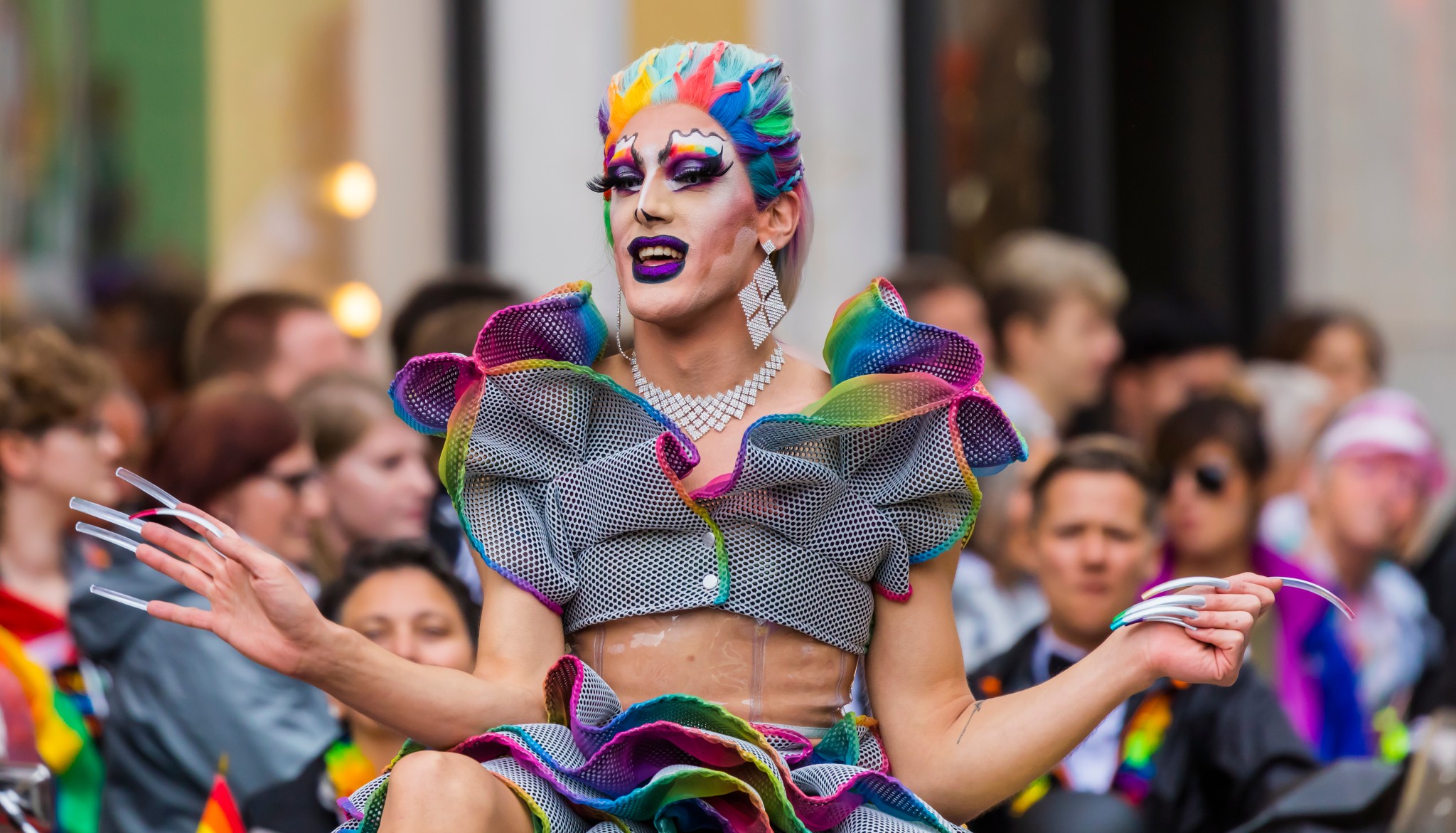 How did we get to a place where public schools and libraries are combining drag queens (adult men dressed in woman’s clothes, complete with wigs, heavy makeup, and jewelry) with children’s storytime? Drag events for children are becoming increasingly popular and controversial in communities across the country from Columbus, Ohio, to Boston, Massachusetts, to Wenatchee, Washington.

As provocative as they are, most parents do not approve of drag events that target young children.

Rasmussen Reports conducted a November 2022 survey that found 60 percent of adults do not consider Drag Queen Story Hour (DQSH) to be appropriate for children. Forty-four percent say that it’s not at all appropriate, 29 percent think DQSH is appropriate, and 11 percent feel it’s very appropriate. Ten percent are not sure.

Christopher F. Rufo’s Aug. 22, 2022, article in City Journal, “The Real Story Behind Drag Queen Story Hour,” discusses the origins of the drag queen phenomenon and includes some of the more shocking and disturbing drag events in the United States:

[I]n Miami, a man with enormous fake breasts and dollar bills stuffed into his G-string grabs the hand of a preschool-aged girl and struts her in front of the crowd; in Washington, D.C., a drag queen wearing leather and chains teaches a young child how to dance for cash tips; in Dallas, hulking male figures with makeup smeared across their faces strip down to undergarments, simulate a female orgasm, and perform lap dances on members of a roaring audience of adults and children.

The books selected in many Drag Queen Story Hour performances—Cinderelliot, If You’re a Drag Queen and You Know It, The Gender Wheel, Bye Bye, Binary, and They, She, He, Easy as ABC…

Basic psychology on child development and parenting suggests that children in their formative years need parents, teachers, coaches, and the like to serve as leaders and mentors. These mentors provide instruction and guidance, shepherding developing young minds into becoming skilled and confident in navigating the world. That world begins within the nucleus of the family and gradually expands to the neighborhood, school, and community. But above all, adults, especially parents, “model” appropriate behavior for the children in their charge. They lead by example in action and word. Mentors point out the guardrails and limits to what is acceptable within their culture and community. Responsible parents are keenly aware of their own behavior in the company of their children. They know that they are setting an example for their kids every day.

Children are like sponges; they will emulate and copy the behavior of their mentors. They will adopt their parents’ values, views, and opinions. As children grow up and their exposure and experience in the world increases, they will — if allowed — question their earlier formed attitudes and beliefs to refine their understanding of the world and their place in it.

So, what exactly are adult men dressed in women’s clothes, often sexually provocatively, “modeling” for elementary schoolchildren when they perform or read to them? Better yet, what are the parents and teachers who encourage DQSHs for young children promoting or modeling? What message are they sending? Moreover, when the selected story is laden with sexual overtones glorifying and encouraging the queer lifestyle, transgenderism, and gender fluidity (girls can be boys and vice versa) as perfectly healthy and normal, what is the educational and developmental benefit to the young children who are yet to experience puberty?

Drag Story Hour is a global nonprofit organization with a network of local organizations that promotes drag queen events. Their website states:

Drag Story Hour (DSH) captures the imagination and play of the gender fluidity of childhood and gives kids glamorous, positive, and unabashedly queer role models. In spaces like this, kids are able to see people who defy rigid gender restrictions and imagine a world where everyone can be their authentic selves!

Drag queen promoters are very clever in their efforts to placate skeptical parents by characterizing drag queen events as “family-friendly” and intended to teach LGBTQ acceptance and inclusion. According to Drag Story Hour, their agenda is simple:

We believe that people of all ages should be free to express themselves however they want, free from the constraints of prescribed gender roles. In other words, there’s no such thing as “girl clothes” and “boy clothes,” or “girl toys” and “boy toys.” DSH teaches children that there are many ways to express themselves and their gender, and they are all OK.

This compassionate-sounding language is simply code. The sinister underlying intent is to inculcate vulnerable children into viewing and accepting the LGBTQ lifestyle and gender fluidity as attractive and positive, all with the blessing of their parents who implicitly, or overtly, endorse their child’s attendance. And, by the way, if you suggest that DSH is seeking to “indoctrinate children” into an LGBTQ lifestyle, you are a homophobe and transphobe.

Since 1968, the Motion Picture Association has used a rating system that provides parental guidance and age restrictions for children admitted to certain movies:

G – General Audiences — All ages admitted. Nothing that would offend parents in a viewing by children.

PG – Parental Guidance Suggested: Some material may not be suitable for children. Parents are urged to give “parental guidance.” May contain some material that parents might not like for their young children.

R – Restricted: Children under 17 require an accompanying parent or adult guardian. Contains some adult material. Parents are urged to learn more about the film before taking their young children with them.

Parents may find these ratings useful, at least as a starting point, to decide if a movie is appropriate for their kids. My wife and I raised two boys who are now independent young men. We never hesitated in allowing them to see a Disney film. But today’s Disney is not the Disney I remember.

Disney released two movies this year, Lightyear and Strange World. Both are rated PG, which warns parents that some material may not be suitable for children. Really? Why would a Disney movie targeted to young audiences have anything remotely unsuitable for children? Disney’s apparent lurch to the progressive left comes with a commitment to infuse their media with LGBTQ and transgender themes.

For example, Lightyear, which was released this June, included a controversial gay kiss, and Strange World, which was released over Thanksgiving, portrayed a budding same-sex romance between the character Ethan and another boy. Reviews confirm that both features have “underperformed” at the box office due, at least in part, to parents’ discomfort with Disney’s overt representation of queer or gay relationships. Maybe this is why the Motion Picture Association rated these movies PG (Parental Guidance Suggested) and why parents exercised their guidance and stayed away.

So, if movies are subject to ratings by the entertainment industry, why shouldn’t the same be true with drag shows for kids? Drag queen activists and promoters tout themselves as child entertainers. Shouldn’t parents and other responsible adult role models use the same warnings and guidance for drag queen events as they do for Disney films and other productions? Aside from Disney productions, the Motion Picture Association cautions parents that PG-13 movies, such as the Lord of the Rings series, The Dark Knight, and Jurassic Park, “may be inappropriate for pre-teenagers.” But DQSH is just fine for K-12?

What Motion Picture Association rating should be applied to DQSH? Well, going by Disney’s standards for elementary schoolchildren, my guess would be NC-17.

Conversations with young children about sex, gender, gender dysphoria, or interest in the LGBTQ/trans lifestyle should begin at home with parents, not with a drag queen. Period. For responsible adults, the parenting of children is the most important job you will ever have. It is your greatest sacrifice and your greatest reward. Don’t outsource it to anyone, especially not to a drag queen.