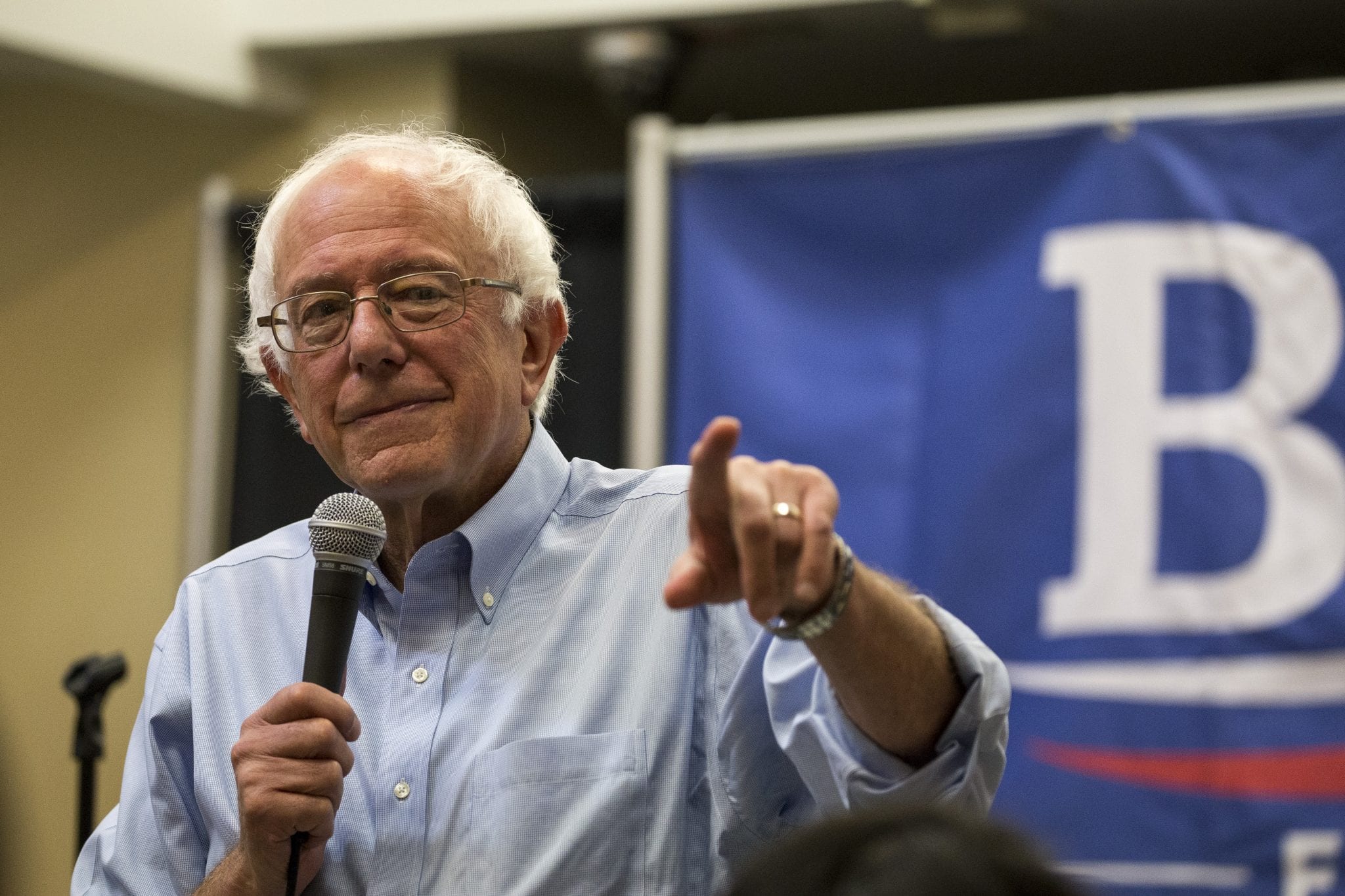 Picture this: The Department of Defense (DoD) proposes to build a plane that, despite ostensibly being the best on the market, costs hundreds of billions of dollars more than they claim, never quite works according to plan, could be used to carry nuclear weapons even if it did work according to plan, and provides a never-ending gravy train to a war-hungry defense contractor with a suspected history of defrauding taxpayers. In response, a U.S. senator from a nigh-monochromatic state goes out of his way not only to support the production of said aircraft but also to make sure that it is built in his state, regardless of the complaints of his constituents about noise pollution and potential targeting by foreign powers anxious to stop the potential production of these planes.

Is the senator in question some Dr. Strangelove-style neoconservative? No. It is none other than left-wing peacenik darling Bernie Sanders.

I’ll give you a moment to pick your jaw up off the floor. Yes, that Bernie Sanders — the one with supposedly sterling antiwar credentials — is currently defending the right of a defense contractor potentially to defraud American taxpayers and endanger his own constituents, with no questions asked. The defense contractor is Lockheed Martin, and the extremely questionable fighter plane that it proposes to build — much to the dismay of people who actually believe the things Sanders claims to believe — is the F-35 Joint Strike Fighter, which Lockheed apparently wants to build, at least partially, in Vermont.

Sanders’ support for the F-35 has so upset his own constituents that they have begun protesting outside his office in Vermont. Their complaints range from noise pollution (testing fully assembled fighter jets is, in fact, quite loud) to the very reasonable concern that foreign powers might attack Vermont soil to prevent the production of these supposedly state-of-the-art planes.

They needn’t worry, however, because the key word in that description is “supposedly.” In reality, the F-35 joint strike fighter is anything but a cutting-edge monument to military might. It’s more like an aerodynamic Ford Pinto. In fact, the likely reason Sanders can salve his conscience about supporting the F-35 is precisely that it is such a waste of Defense Department money, as the plane is still practically unflyable even after languishing decades behind schedule and going hundreds of billions of dollars over budget. So far, the attempt to build this aerial boondoggle has cost upwards of $1.5 trillion and is likely to get more expensive as it goes on.

It is also exceedingly unlikely that the plane’s production process will improve or face any sort of transparency, at least as things currently stand. A recent New York Times investigation discovered that despite the plane’s troubled status, oversight of the F-35 Joint Strike Fighter program is conducted not primarily by the DoD, but rather in-house by Lockheed Martin. Yes, that’s right: the very people who have been failing to produce the plane for so long are themselves the people responsible for making sure the plane is produced at a minimum of taxpayer expense. You couldn’t make this kind of swampish malfeasance up.

Now, it would be easy at this point to make the crack that this kind of non-accountability for those fortunate enough to be connected to the government is precisely the fruit of Sanders’ preferred mode of socialist governance and suggest that therefore Sanders is being perfectly consistent in letting the F-35 go on wasting money. But that doesn’t fully capture the issue. Sanders’ support for the program is not unique to him, after all: it’s a position shared by practically the entire U.S. Senate, including Sanders’ colleague from Vermont, Patrick Leahy. The fact is that, as the aforementioned Times article revealed, Lockheed deliberately built plants for manufacturing the F-35, in part or otherwise, in all 50 states. The goal was to make production of the plane something that was in the interests of constituents of all members of Congress and thereby make the program politically unassailable. Given Sanders’ defense of the program, the strategy seems to have worked. The last person to seriously question the F-35’s viability as a program was the late Sen. John McCain (R-Ariz.). Say what you like about McCain, but despite being a war-hungry neoconservative, he at least let that conviction take him to its natural conclusion: wanting DoD money to be spent on weapons that actually work.

In a strange way, Bernie Sanders is just as consistent. His blank-check approach to the F-35 is precisely the sort of accountability-phobia that one would expect from a believer in “from each according to his ability, to each according to his need.” But need or not, America’s defense budget deserves better than to be run based on the skewed priorities of Bernie Sanders, and Americans do not need to keep throwing their tax money after the F-35 — particularly when Lockheed Martin has shown its inability to make the plane work.