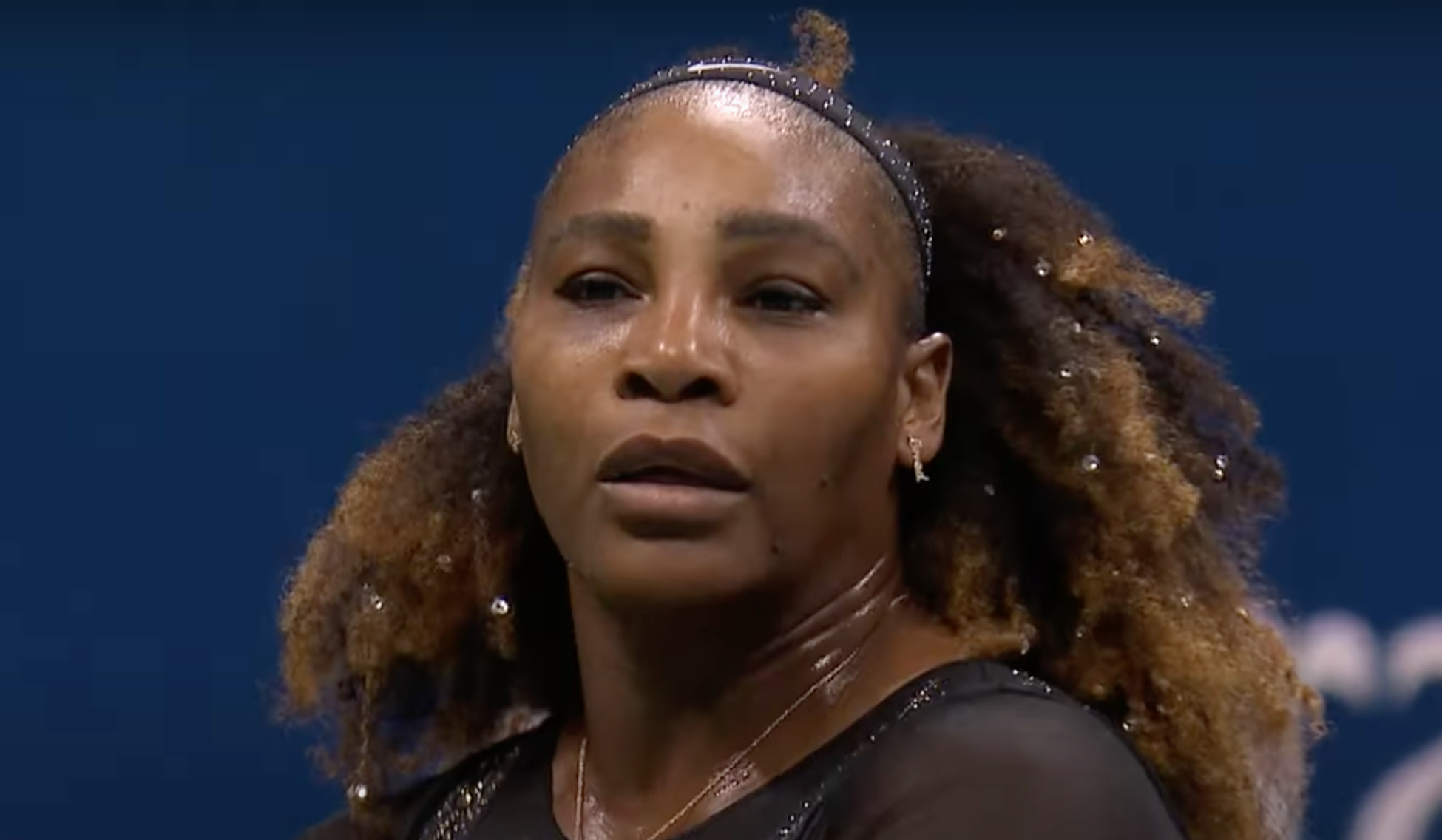 Ahead two sets to one and 3-0 in the fourth, Rafael Nadal, four-time U.S. Open champion, struck himself in the schnoz with his racquet and stumbled to the sidelines as medics rushed on court.

It is Arthur Ashe Stadium, the most famous tennis court in America and the world if you discount Wimbledon’s Centre Court, and the crowd has been sending attendance records into the higher clouds. Venus and Serena Williams bowed out about an hour and a half ago, playing well but outplayed by a couple of strong, silent, and steady Czech lasses, Lucie Hradecká, who won in doubles here in 2013 (as did both Serena and Rafa, in singles), and Linda Nosková, who is a bright newcomer (17, two decades younger than her teammate).

Fabio Fognini, who usually loses to the Majorcan (dressed in purple and pink) beat him on this very court, but that was seven years ago. Now, he flummoxed Nadal in the first set, controlling the pace to throw off the Majorcan’s atypically clumsy game.

However, the caballero gets it going in the second set, replacing shanks with his patented heavy missiles to the lines, and the doubts evaporate. Which shows that dictating the point trumps controlling the pace. Keep that in mind next time we go in for one of these “graduated response” tactics that have a sickening way of getting Americans killed in losing wars, but I digress.

For a moment, Nadal’s own goal to the nose scares everybody — 25,000 would be my informed guess — but he gets up and finishes the job, 6-1, four and done.

That’s Rafa for you.

And that is Serena for you, too, as she showed in her big win against world No. 2, Anett Kontaveit, the previous evening. She fought a hard first set, winning in a close tiebreak, then faded as Kontaveit, who is 26 and from Tallinn, surged in the second. But there is nothing like losing a set to get a Serena Williams going, and she began hitting the lines again, just as Nadal had, and she deployed her big serve, and it was over before it was known.

In all fairness and without any prejudice to America’s biggest winner in the sport in the open era, you would be missing a meaningful detail if you did not report that, as in the first round, the audience, I mean the crowd, was partisan, and then some. Fair enough, but there is a line, and it is not a particularly thin one, between happy cheers for the favorite and hisses for the unfavored. In baseball, maybe. But it is not to make tennis out to be a sissy sport to simply note that traditionally and by culture — these things matter — the rule is to be polite and hold your enthusiasm and even more so your negative feelings. Kontaveit, as did Cetinje’s Danka Kovinic in the first round, cried after the match and you had to feel, well, someone could have said something, considering how much they say about so much else, for example, when Nick Kyrgios in his match earlier complained loudly enough about a dope smoker in a near-front row. Quite right, and they should have called the cops, or is the poison legal? Smoking is expressly forbidden at the entire Billie Jean King Tennis Center.

The show goes on. It is not to show off, but whereas we at The American Spectator said Serena had as good a chance as ever to win it all against the conventional wisdom that she might not make it past the first round, well now the herd of independent minds known as the sports press are saying she is maybe on the way to the final. Never believe anything you read in the papers.

Notes: Cori Gauff is cruisin’ on tonight, playing her big and gorgeously stylish game, but she and Jessica Pegula, also a rising American, lost in doubles to the charming team of Leyla Fernandez and Daria Saville. Well, Coco and Jessica can concentrate on singles now, where one of them is likely to run into the queen, seeing as how Fernandez, last year’s finalist, lost her second-round singles, and Emma Raducanu, last year’s winner, is out.