September 11th feels like yesterday. The towers on fire. The buildings collapsing on live TV. The Pentagon hit. The horror of Flight 93. The sense that war was upon us and nowhere was safe. 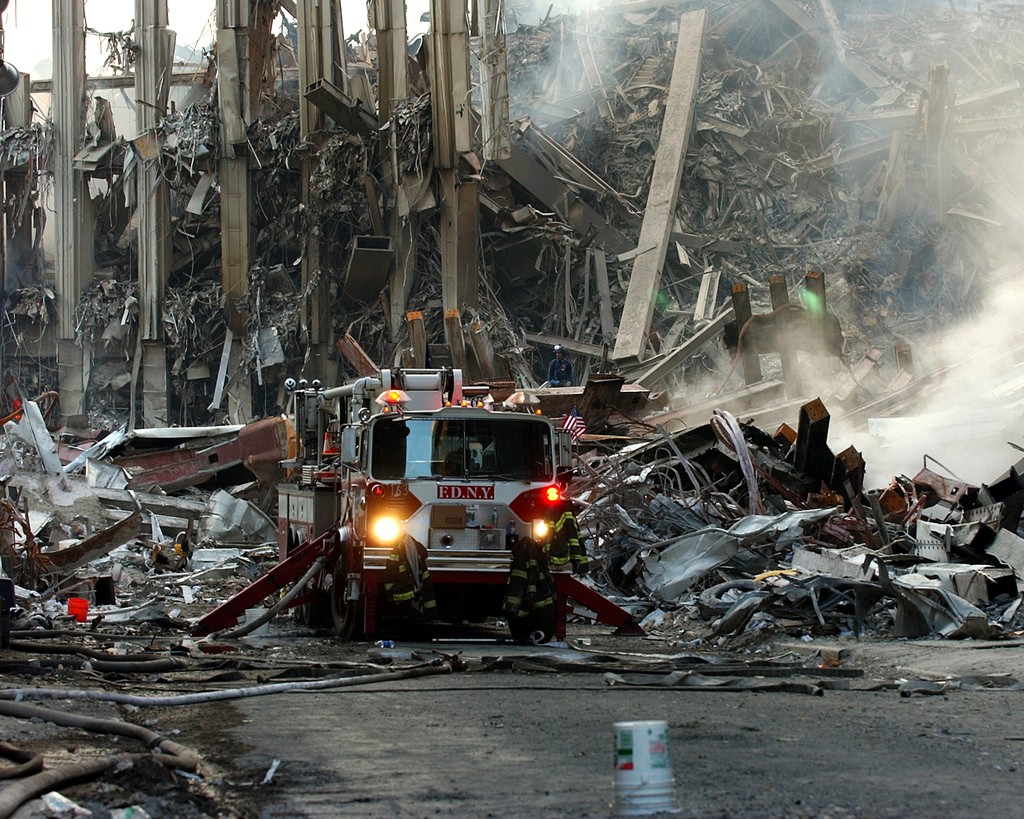 In the days following, here in the Houston suburbs, the roads hushed. Work stopped. Towns were stunned into silence. There were no planes overhead. Citizens held onto their loved ones and wondered how many were killed and was this just the beginning of more attacks.

It was just the beginning. Actually, it was the middle, but 9/11 marked something new, dramatic and different. It was the ramping up of a worldwide jihad that continues to this writing and likely will never stop. It is a war Americans never asked for, but answered rather than face more pain on our own soil. Too much blood had been spilled in the homeland.

Americans have changed since 2001. Petty insults are a way of life. From removing shoes and bringing travel size shampoo to standing in line to be patted down by people who are too dumb to identify a real threat so harass children and the elderly, Americans gamely endure the charade of increased security. Not one terrorist has been stopped by the TSA. It’s theater to make people feel safer and it doesn’t work.

Something must be done so that’s what is done. The TSA is tangible. The threat, too often, is not.

There are constant reminders that terrorism is here to stay. San Bernardino. Orlando. Nice. Paris. Ansbach. Istanbul. Every instance, even with security, the reaction is the same: shock, disbelief, outrage, horror. Change a social media avatar. Go on living.

How does America proceed fifteen years later? It seems like a reassessment of the tradeoffs that have been made in the intervening years deserve to be reexamined.

A vast bureaucracy sprouted up after 9/11. Terrorism continues unabated yet the bureaucracy seems cumbersome and inadequate. On the one hand, the government makes routine personal invasions and on the other, misses obvious threats.

We now have voters, though, who were children during the attack on that fateful day and don’t see the world the same way those of us do who sat glued to the television horrified. It seems time to move on. It would be a relief to move on, but how can we? This generation is stuck fighting a war that’s nebulous, relentless, and still shocking in its cruelty and endless malice. So, America fights while fighting for freedoms both within and without the Republic. 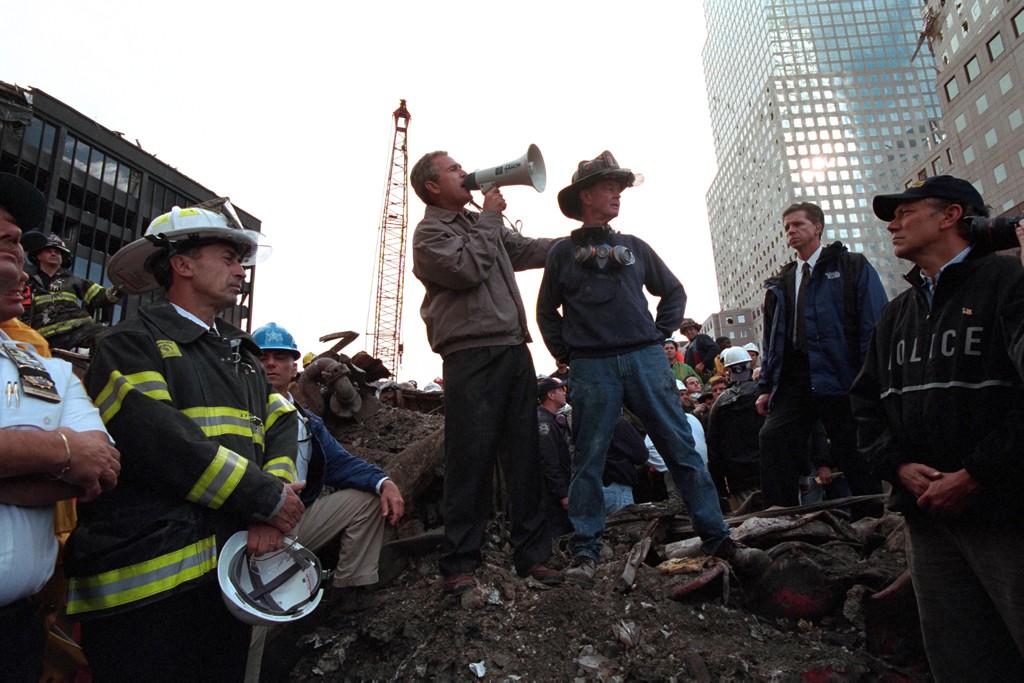 Standing on top of a crumpled fire truck with retired New York City firefighter Bob Beckwith, President George W. Bush rallies firefighters and rescue workers Friday, Sept. 14, 2001, during an impromptu speech at the site of the collapsed World Trade Center towers in New York City. “I can hear you,” President Bush said. “The rest of the world hears you. And the people who knocked these buildings down will hear all of us soon.” Photo by Eric Draper, Courtesy of the George W. Bush Presidential Library

On September 25, Douglas Waller of Time magazine reported this from a Pentagon briefing with George W. Bush:

Wars are easy to start. But they can be difficult to sustain. George W. Bush understands this, and so has been furiously managing expectations, pressing the case with almost everyone he talks to that this will be a long war against terrorism.

From the New York Times right after the bombing, Bush warned America:

WASHINGTON, Sept. 15 — President Bush told the American military today to get ready for a long war against terrorism, and vowed to “do what it takes to win.”

In a brief appearance with his senior advisers at Camp David, where they met to plan the new offensive, Mr. Bush said point-blank: “We’re at war. There’s been an act of war declared upon America by terrorists, and we will respond accordingly.”

“My message is for everybody who wears the uniform to get ready,” Mr. Bush said.

Shortly afterward, in his weekly radio address, he warned that “those who make war on the United States have chosen their own destruction.” He told Americans to steel themselves for “a conflict without battlefields or beachheads.”

The war has been long, indeed. It has been a war without battlefields or beachheads. Fifteen years later, it still wages, and there are no signs of it ending. The monuments are built while the desire to forget is strong. We can’t, though.

So, the country slogs forward living with a duality: attempting to retain freedom while protecting that freedom through ways that infringe freedom.

The terrorists did not win on 9/11. Yet, America is not the same. Her shiny innocence has been lost and she faces a tireless enemy who continually tries her good nature.

Some videos to watch to remember

Phone calls from those in the Towers and the First responders:

Honor for a Service Dog:

All the major networks reporting of that day can be seen here.

People on the street right after the attack:

Retrospective of what happened:

Names of all those lost: