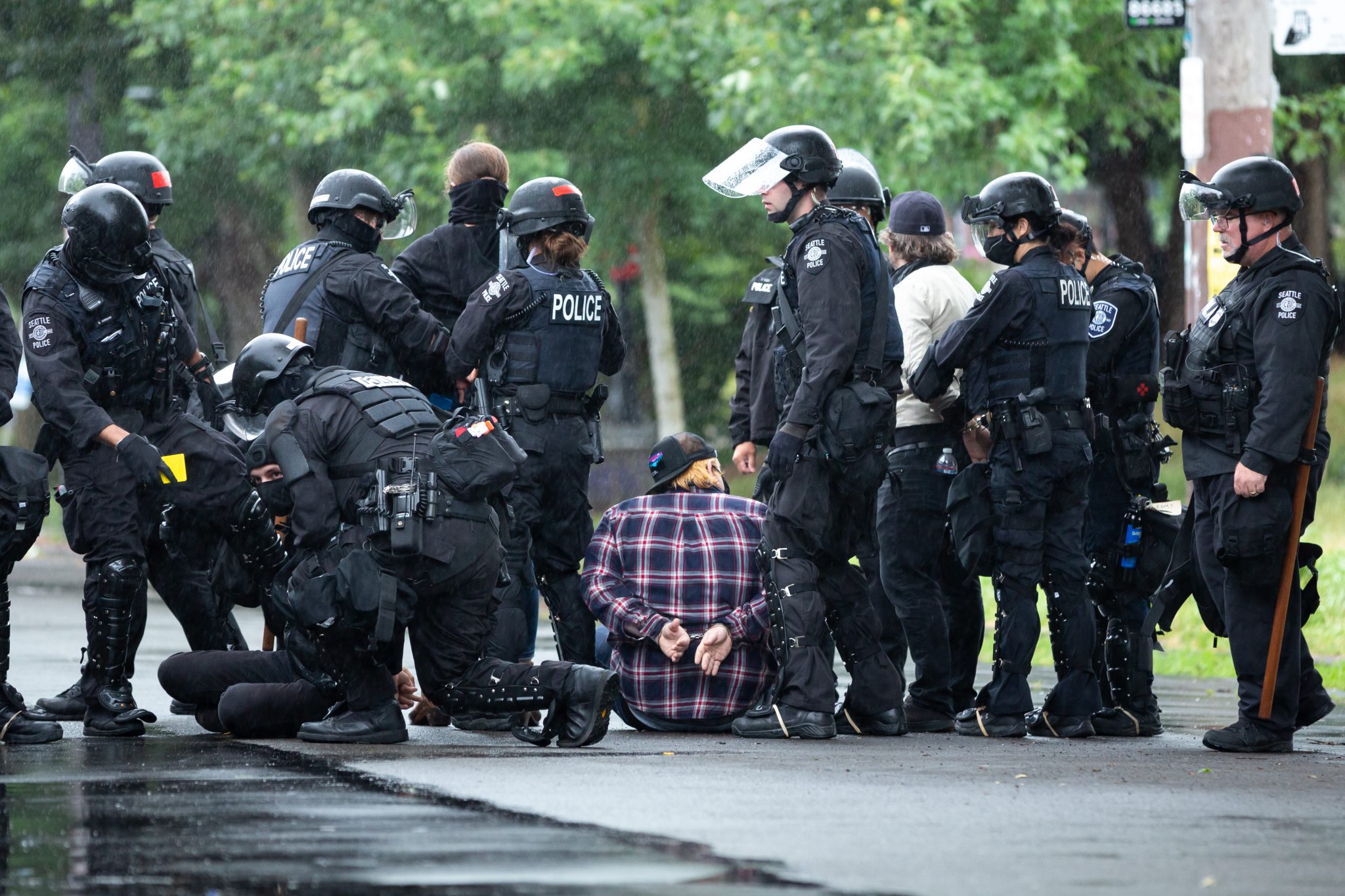 We often hear that it is important to lead by example. Lately, the example set by Seattle’s elected leaders has been one of lawlessness, civic breakdown, and broken governance. City leaders ordered police to evacuate a police station and abandon a six-block neighborhood to radical left-wing groups, who set up a Capitol Hill Autonomous Zone (CHAZ), later re-labeled an Occupied Protest (CHOP). Authorities retreated after they had failed to stop widespread looting and arson in Seattle’s once-prestigious downtown core.

At the same time, Seattle leaders fully expect everyone else to behave responsibly, respect their authority, and follow the vast web of rules that regulated every aspect of life in the city. For Seattle leaders, one person robbing one store is a crime, but mass looting an entire shopping district is accepted as “protest.”

Conditions in the CHOP deteriorated quickly. In the short time the no-police zone existed, one man and a teen boy were killed, others were seriously wounded. Medics responding to 911 calls could not enter the zone but had to respond to a staging area nearby. Violence inside CHOP became so politically sensitive that the Seattle Times shut down its online comments section on the shootings.

Of course, it’s easy to accept civic violence when it is happening to someone else. The mayor of Olympia, Cheryl Selby, learned that in a dramatic fashion when politically motivated property damage, so attractive at a distance, arrived on her own doorstep.

Earlier she had expressed support for the protests, lamented her shortcomings, and noted she “was not without sin” and needed to be “more welcoming and nurturing.” Her mood changed swiftly, however, when rioters vandalized her house the evening of June 12, damaging the front door and porch with spray-painted political slogans. She likened the attack on her home to “domestic terrorism,” adding, “It’s unfair.”

Journalist Chris Martin Palmer had a similar experience, cheerleading for burning buildings and looting in Minneapolis until groups of rioters approached his neighborhood, at which point he angrily tweeted that protesters should “Go back to where you live.”

The ongoing disfunction in Seattle is representative of the breakdown of civility and peace in cities long governed by one-party rule. The last Republican mayor of Seattle was James Braman, elected in 1964. The last arguably centrist mayor was Wes Uhlman, who left office in 1978. Today the city council is neatly divided into two camps, those on the left and those on the far left. The latter faction is aggressively led by avowed socialist Kshama Sawant.

The result is that while looting, arson and physical assault are forgiven, laws imposed on average families are strictly enforced. For example, failure to pay property taxes to the city in full and on time include a 3 percent penalty on the first payment due, and an additional 8 percent penalty on the second payment, followed by foreclosure and confiscation. Parking, permitting, and red-light traffic camera rules are all strictly enforced. City officials threaten business owners who don’t follow rules with closure and loss of livelihood.

Civic life is not possible without widespread goodwill and cooperation from citizens. Seattle officials rely on voluntary compliance to govern for everything from traffic rules, to remodeling permits, to paying taxes. Yet the mayor and city are setting an example that rewards widespread cheating. Why should the average home or business owner live “by the book” when Seattle lets others break any law they like? People may reason, “Sure I cheat on my taxes, but at least I didn’t set a police car on fire.”

If people follow the example of street activists and simply ignore rules they don’t like, the city would quickly become marked by commonplace fraud and deception, which is why the Mayor Jenny Durkan’s decision to allow mass lawlessness is so problematic.

Expecting people to obey the rules while accepting widespread law-breaking cannot lead to respect, peace, or justice. Durkan called it a summer of love, but what she really created is a culture of distrust and evasion in community life.

Durkan’s belated cleanup of the CHOP zone does little to mitigate the damage done in terms of the messages already sent. Anarchists and activists know the city can be broken and will want to test it again. Seattle’s residents and business owners know they cannot have confidence that they will get the protections they pay for and that rules only strictly apply to them. It will take time to undo that damage.

Only fair and firm administration, civic pride, and a sincere respect for order can make and keep Seattle a great place to live for everyone.

Paul Guppy is Vice President of Washington Policy Center, an independent state-based think tank devoted to improving lives through free markets and sound public policy. He is a graduate of Seattle University, Claremont Graduate School and the London School of Economics. He served 12 years on the staff of the U.S. Congress. He lives in Seattle with his wife and two children.