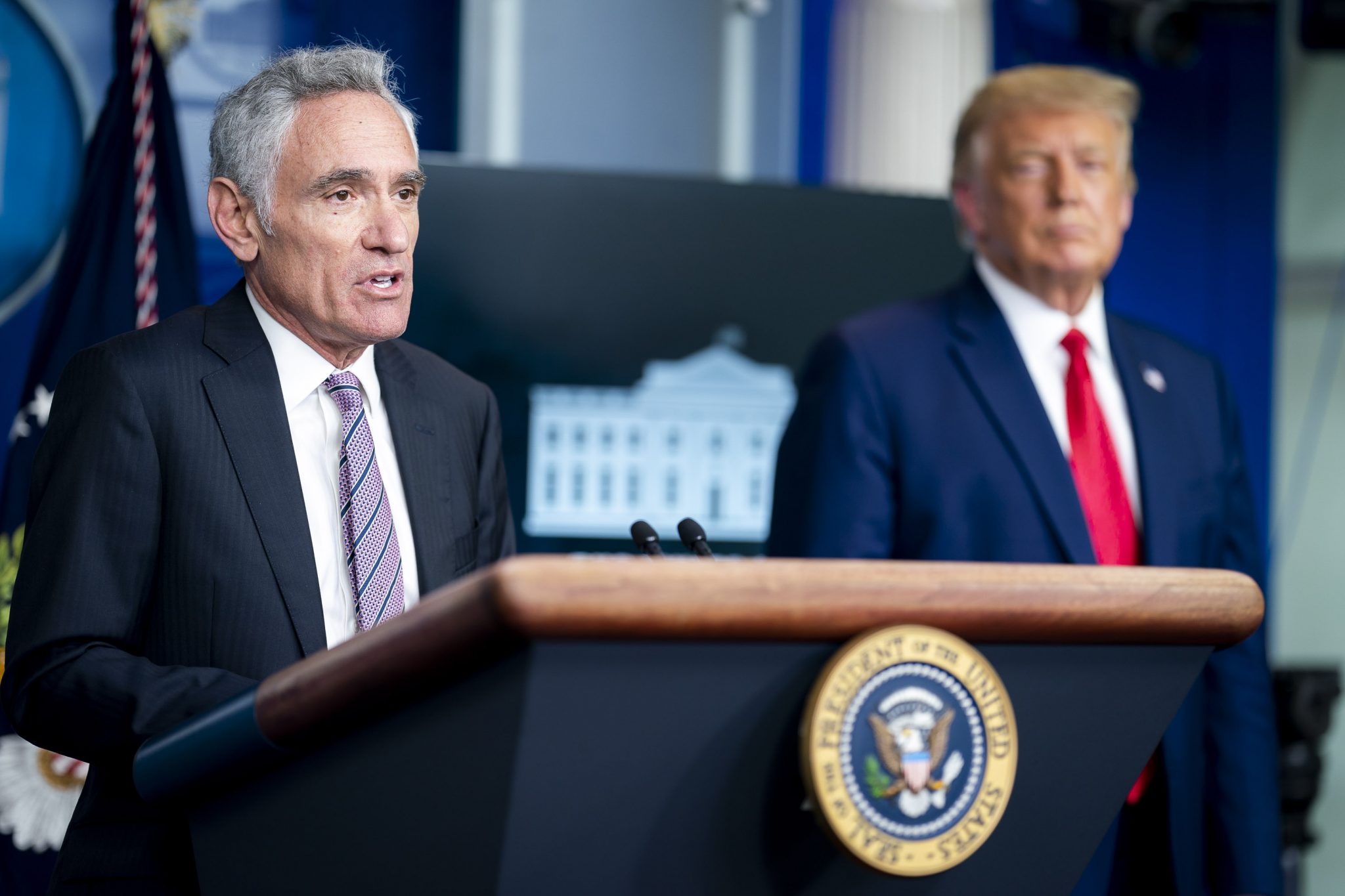 President Trump has relied on the advice of a number of medical professionals during the pandemic. The first and most prominent, Dr. Anthony Fauci, has been a household name since February. Americans have looked to him for guidance as we trudge through this coronavirus-themed year from hell. While Fauci initially had the most revered spot at the president’s table, other advisers have also emerged.

At the request of the president, Scott W. Atlas, MD, a well-respected neuroradiologist by training, temporarily stepped away from his role as a senior fellow at Stanford’s Hoover Institution and became one of Trump’s most trusted coronavirus advisers of late. Dr. Atlas was serving as a special government employee, a position that allows one to serve in that capacity for “not more than 130 days during any period of 365 consecutive days.” As his tenure has ended, he submitted an official resignation letter, where he underscored the progress that has been made in fighting the pandemic. During his time at the White House, he has become widely known for his stance against draconian lockdowns. He reiterated this position in his letter to President Trump, highlighting his opinion that lockdowns “create massive physical health losses and psychological distress, destroy families, and damage our children.”

The media and other advisers to the president have been less than enthusiastic at times regarding Atlas’s role in shaping policy. Dr. Fauci told the Washington Post in late October that he has “real problems” with Atlas. “He’s a smart guy who’s talking about things that I believe he doesn’t have any real insight or knowledge or experience in.” Along a similar vein, President-elect Joe Biden’s COVID advisory board member Dr. Celine Gounder, MD, an epidemiologist at New York University, recently said the following regarding Atlas’s resignation: “I am relieved that in the future, people who are qualified, people who are infectious disease experts and epidemiologists, like me, will be helping to lead this effort… You wouldn’t go to a podiatrist for a heart attack, and that was essentially what was happening.” Wow. Apparently, humility isn’t one of her virtues.

It’s true that Scott Atlas is not an epidemiologist or even a clinician who sees COVID patients. Importantly, though, the positions of Dr. Atlas are informed by some of the world’s preeminent epidemiologists. Slowly, a consensus is growing internationally that lockdowns do not work particularly well and that they cause more harm than good. As I have written in The American Spectator before, the Great Barrington Declaration has served as an inflection point in the discussion surrounding COVID policy. The view presented by the declaration is that we must protect those who are most vulnerable while not destroying our economy and our way of life. Those who pretend that COVID-19 occurs in some mystical vacuum, where a person’s physical health and economic position have no correlation, are misguided at best and disingenuous at worst.

Dr. Fauci, a man for whom I have much respect, has practically been anointed a saint in this country by the legacy media. It is true that he has a storied career, is incredibly intelligent, and seems like a genuinely nice guy. It’s also true that he (and others who follow his line of thinking regarding all things COVID) haven’t always been consistent. In particular, his recent recommendation that children attend school in person is a significant reversal of his prior position against that idea. Many scientists and politicians (including Sen. Rand Paul of Kentucky, a physician himself) have been supporting a return to the classroom for months now. Solid scientific data continues to support that position. A recent piece by the Washington Examiner serves as a highlight reel for some of Fauci’s most notable examples of flip-flopping on policy, encompassing everything from mask use, to lockdowns, to therapeutics. Fauci has certainly not been infallible in his guidance during the pandemic. Why shouldn’t the president seek the advice of other medical professionals?

Scott Atlas is no epidemiologist, but his views, especially those regarding the dangers of lockdown policies, are completely in line with the thinking of many leading epidemiologists, despite what some in the legacy media would have you believe. In a rational world, policy advisers to the president would advocate for approaches that balance the entire picture of people’s well-being, including thousands of other health concerns, economic factors, and civil liberties. A person’s wellness is comprehensive in nature, and thus COVID policy cannot be myopic if the overall goal is health and happiness. Scott Atlas apparently has the gift of common sense, and he has shared it with the president over the past few months. I sincerely hope that a few of the incoming advisers to President-elect Biden will have some as well.