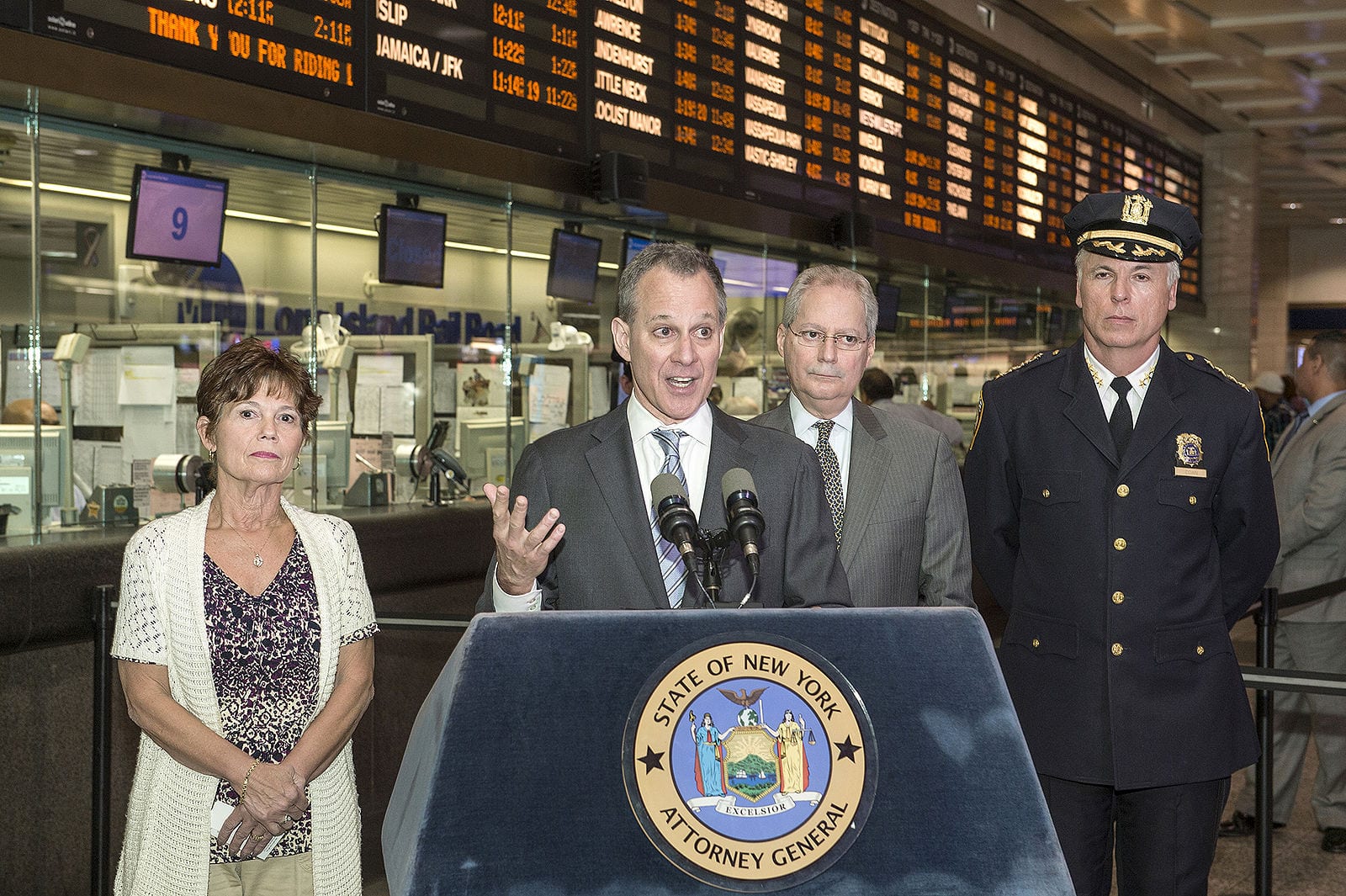 From the squalid marriage of feminism and the politics of the sexual revolution has come some peculiar offspring. Chief among them is the male feminist pig — from Ted Kennedy to Bill Clinton to Harvey Weinstein to now Eric Schneiderman. By day, they promoted feminism; by night, they used and abused women. For decades, feminists overlooked this grotesque contradiction, but the tension has grown too great and now at least some younger feminists are deciding to resolve the tension in favor of feminism.

It sounds like older feminists were counseling Schneiderman’s beaten, slapped, choked younger girlfriends to keep quiet for the good of the cause. Here’s one of the more revealing passages in the New Yorker piece that sunk Schneiderman:

According to these notes, the former girlfriend told Selvaratnam that she had been in love with Schneiderman, but that in bed he had routinely slapped her hard across the ear and the face, as tears rolled down her cheeks. He also choked her and spat at her. Not all the abuse had taken place in a sexual context. She said that Schneiderman had once slapped her during an argument they’d had while getting dressed to go out. The blow left a handprint on her back; the next day, the spot still hurt. When the former girlfriend objected to this mistreatment, he told her that she simply wasn’t “liberated” enough. Just as Schneiderman had done with the other women, he had pushed her to drink with him and to set up a threesome, and he had belittled her work and appearance, saying in her case that she had fat legs and needed Botox.

After the former girlfriend ended the relationship, she told several friends about the abuse. A number of them advised her to keep the story to herself, arguing that Schneiderman was too valuable a politician for the Democrats to lose. She described this response as heartbreaking.

The Schneiderman scandal is a window on many of the combustible and contradictory currents of the liberal zeitgeist — an anything goes sexual culture (in which desires aren’t to be questioned or restrained), a desperate hedonism that was bound to exhaust itself in violence and degradation, a feminism that is at once scolding and self-indulgent (full of sixty shades of grey), a Democratic party politics that almost entirely revolves around virtue-signaling without virtue, and a liberalism that will always devour itself because it is based not on liberty but license. A philosophy as disordered and willful as liberalism makes disharmony between men and women a regular feature of life — captured perfectly by a progressive pol lecturing his degraded girlfriend on the need to accept sadomasochism as the final frontier of liberation.

Schneiderman thought that he had taken the temperature of the times accurately. His initial press release cast his abusive behavior as “role-playing,” a bid to find refuge in the amoral amorphousness of an LGBTQ culture. But what Schneiderman didn’t anticipate was that the cultural temperature is increasingly felt differently by different generations. And so such louche defenses no longer automatically work. With poetic justice he is a degenerate who drowned in his dating pool, as it were, swept under by a younger wave of feminism for whom the political isn’t always prior to the personal.

The very willfulness of liberalism makes it hard to take its cultural temperature. It can be as punishing as it is permissive, depending on who holds the power at any given moment. It would appear, for now, that the male feminist pig is an endangered species.

But it remains revealing how close Schneiderman came to getting away it. He was an anti-Trump zealot, for whom crusading against “corruption” (which in the end is just virtue-signaling blather) was as much a form of instant gratification as his boozing, pill-popping, and rough sex. It is obvious from the New Yorker article that his behavior was an open secret and that many members of the ruling class kept it out of gratitude to him for his anti-Trump antics. The novelist Salman Rushdie, who dated one of his victims, rather nonchalantly acknowledges that he knew of Schneiderman’s violence. If Rushdie knew, all the New York elite knew.

So Schneiderman’s demise has an accidental quality to it, similar to the avalanche that submerged Bill Cosby, set in motion by a stand-up comic. Had Schneiderman dated Gloria Steinem, who knows what would have happened? He would probably still be in power, waiting in a MSNBC green room to appear for a segment on Trump’s lack of morals.