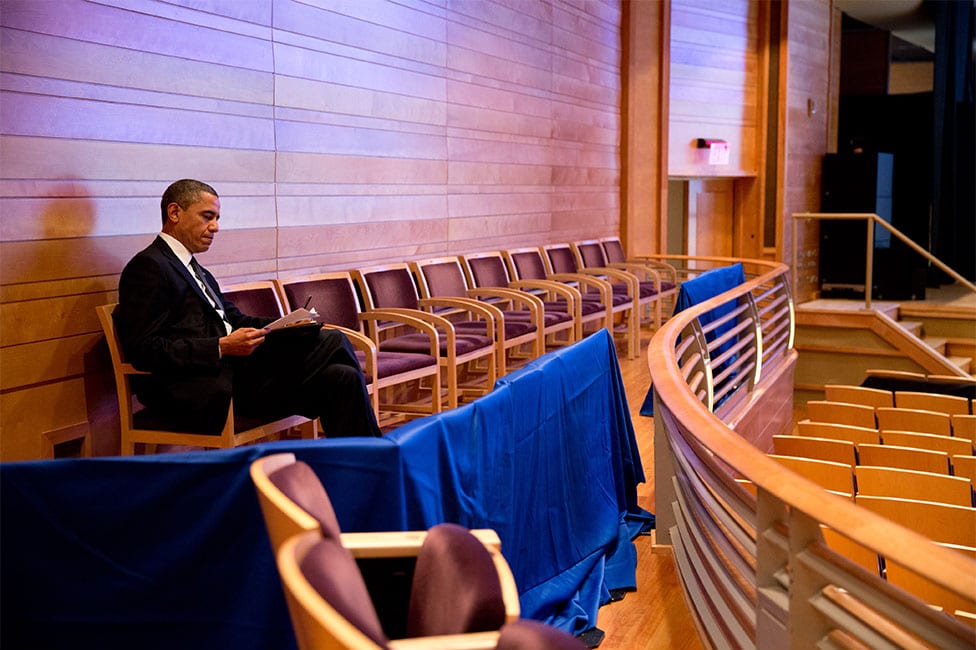 America’s most precious assets are our children and our freedoms. We don’t have to sacrifice either to preserve the other, a fact that is entirely lost on all of the politicians, businessmen, and celebrities who are shouting and screaming about various “solutions” to the horrific problem of school shootings.

The solutions being thrown around range from good to bad to worse. The good ideas, such as improving the National Instant Background Checks System (NICS), are far outnumbered by the bad, such as raising the legal age to buy rifles to 21 and arming schoolteachers.

The central theme of the liberals is to vilify the National Rifle Association and remove guns from our society. Sen. Dianne Feinstein (D-Cal) has renewed her call for a ban on the sale of “assault rifles,” and some businesses such as Dick’s Sporting Goods will no longer sell such rifles or any rifles to anyone under 21.

Because the face of the liberals’ enemy is the NRA, companies such as Delta Airlines and Enterprise Car Rentals are canceling the discounts they used to give to NRA members. New York Times columnist Andrew Rosenthal went farther, writing that civilians should be prohibited from owning any semi-automatic firearms.

President Trump is all over the place. He has ordered the Justice Department to ban the sale of “bump stocks,” and wants to improve NICS, both of which are a good idea. At one point last week he said he’s also in favor of seizing guns from some people and worrying about due process later. (He appeared to back off that statement and others on gun control, but no one knows his mind, perhaps not even him.)

Andrew Pollack, whose daughter Meadow was one of the victims in the Parkland, Florida high school shooting on February 14, spoke emotionally and passionately in a meeting with President Trump demanding solutions. He said that we changed the way we lived after 9/11 and have to do the same now. He pointed to the ways we protect people in airports and federal buildings and demanded that kids be protected just as well.

Ariana Klein, one of the Parkland students who was lucky enough not to be in the building when the shootings occurred, said much the same. She added, in an interview with Fox News’ Neil Cavuto, that we have to protect the students now and leave other matters to be debated later.

Both Mr. Pollack and Ms. Klein are right. Everyone — including President Trump — has lost focus on the fundamental problem of keeping kids safe.

We should be focusing exclusively on what will save kids’ lives. To do that, we need to analyze the shooters and their targets, aiming to interdict the former and protect the latter.

In the late 1960s, America decided that civil rights extended to effectively prohibiting the involuntary commitment of the insane, thwarting the means of protecting society from them. If you look at the mass murderers of our time, they come in two varieties: the criminally insane, from Charles Whitman to Nikolas Cruz, the Parkland shooter; and the jihadis, from Nidal Hassan, the Fort Hood murderer, to Omar Mateen, who slaughtered 49 people in the Pulse Nightclub attack because they were gay.

The jihadis are not insane in the traditional sense. Their religiously based ideology compelled them to do what they did. The rest, from Whitman to Cruz, are insane under U.S. law.

But the hands of the police are tied. Until someone commits a crime, they cannot be imprisoned. Some states are trying to fix that problem with “red flag” laws that enable the police, on the basis of an ex parte court order, to seize weapons from someone when their family or law enforcement obtains a court order authorizing seizure based on the belief that a person is dangerous. This may have been what the president said he favored, though his remarks can be construed all too broadly.

A few states already have such laws and 24 more are considering them now. Depending on how the laws are drafted, they can be constitutional even though due process is afforded only after the penalty — a deprivation of Second Amendment rights — is imposed.

The problem is, of course, the standards by which such laws can be applied. If they are too broad or too vague, they are unconstitutional.

The way to make these laws effective is not simple. It will require the psychiatric community to do something they believe abhorrent: derive a set of criteria that will define those persons who have mental disorders that make them, at the time of diagnosis, such a danger to the community that they can be deprived of their constitutional rights before they have the right to oppose such action in court.

There are uniform codes of laws in many fields ranging from commercial transactions to treaties. They are developed over years by scores of learned lawyers and judges. Such a uniform code for involuntary commitment — or seizure of firearms — could be adopted by individual states defining the dangerously insane if developed by the psychiatric community. In the alternative, states could develop them individually on the advice of panels of experts from the law enforcement and psychiatric communities in each state.

Confessed Parkland high school murderer Nikolas Cruz is a poster boy for red flag laws. He advertised himself on social media as a “professional school shooter,” abused animals, and had dropped out of treatment at a mental health facility. Law enforcement — the FBI and local police — were repeatedly warned of the danger he posed. This indicates a level of negligence that clearly should have been overcome at many steps.

Red flag laws are a stumbling step in the right direction. They will not prevent a potential murderer from stealing the weapons he wants to use. Moreover, there’s no question that such laws can be abused, as can any government power. States thinking of enacting such laws need to be very careful that the laws they enact have safeguards that allow the state to act only in very limited circumstances and that everyone’s constitutional rights are sufficiently protected. The courts will be wrestling with those laws for decades to come.

The other suggested solutions — raising the legal age to buy a rifle to 21, banning sale of “assault rifles,” and such — won’t solve any part of the problem.

Raising the age to 21 won’t stand constitutional muster. If someone is old enough to join the military and to vote, he’s old enough to purchase a rifle.

(Stores such as Dick’s Sporting Goods are open to lawsuits for depriving those under 21 of their constitutional right to buy firearms.)

Twenty-year-old Adam Lanza, the Newtown school murderer, stole his weapons from his mother who had legal possession of them. There are about fifteen million military-style semi-automatic rifles in the nation. About another million are sold each year. I have two weapons in my gun safe that are over a century old. Well-maintained firearms can last a lot longer than that.

Banning the sale of AR-15 style weapons won’t change the fact that they will be available to people such as Lanza, Mateen, and the Las Vegas murderer who killed so many from his vantage point in a hotel.

Getting laws on the books to protect against the dangerously insane is one half of the solution. The other half is to harden the targets.

Schools are usually “gun-free zones,” attractive targets that offer easy access to killers and little defense of the potential victims.

A friend of mine is a former SEAL with children of school age. He told me that the focus on guns is inverted. Instead of concentrating on gun control, he wants states and localities to make schools harder targets.

The decision must be made to have armed guards in schools. Not “school resource officers” whose job it is to talk to the kids about traffic safety and who is a guard only as an afterthought. The guards — at least one per school and two would be better — would be armed with an AR-15 rifle, body armor and have communications gear to talk instantly with teachers, school administrators, police and emergency medical services. They would be on patrol through the building whenever school is in session. Their only mission would be to protect the students and teachers. And there’s more.

We don’t want children to be afraid to come to school, so schools can’t give the appearance of armed forts. That appearance needn’t prevent limiting access to schools through magnetometers such as we have to pass through to get past airport security. Classroom doors and locks should be bullet-resistant. Windows — at least on the first floor — should also be bullet-resistant.

And then there’s the issue of arming teachers.

About 75 percent of elementary and high school teachers are women, more than half of them over the age of forty. There is a tiny percentage of them who may be capable of protecting their students and should be trained and armed. But how?

The vast majority of teachers — even the very few that should be trained and armed — aren’t capable of going outside the classroom to deal with a shooter. That is a situation of enormous stress that years of training — not some three-day course — makes a person capable of handling.

Armed teachers can be the last line of defense, not the first. A highly-trained teacher could have a firearm in a locked safe, welded to a desk, inside a classroom. The gun can’t be simply carried in a purse or on the person. It has to be removed to another safe place every day and brought out every morning. But those actions are susceptible to students (or other teachers) seizing the gun from the teacher and shooting up the school.

Even if that can be avoided, the armed teacher’s mission should only be to lock the new bullet resistant door and stay inside the classroom. If the teacher went outside the classroom, the danger of a “blue-on-blue” shooting — the teacher killing a student, another teacher or a policeman — is far too great. Consider the example of Jacai Colson.

Colson was a plainclothes Prince George’s County, Maryland police officer. He arrived in an unmarked car in the middle of a gun battle between police and a gunman assaulting a police station. He was mistaken for a second assailant and killed by his fellow officers when he opened fire on what he believed to be the perpetrator.

If that can happen among police the danger of an armed teacher going outside the classroom to deal with a school shooter must be judged far too great.

All I have written here was written almost six years ago right after the Newtown School massacre. None of it has been done. I expect none of it will be done this time, either. How dare we not do what it takes to reform our mental health system and harden the schools to protect the kids?