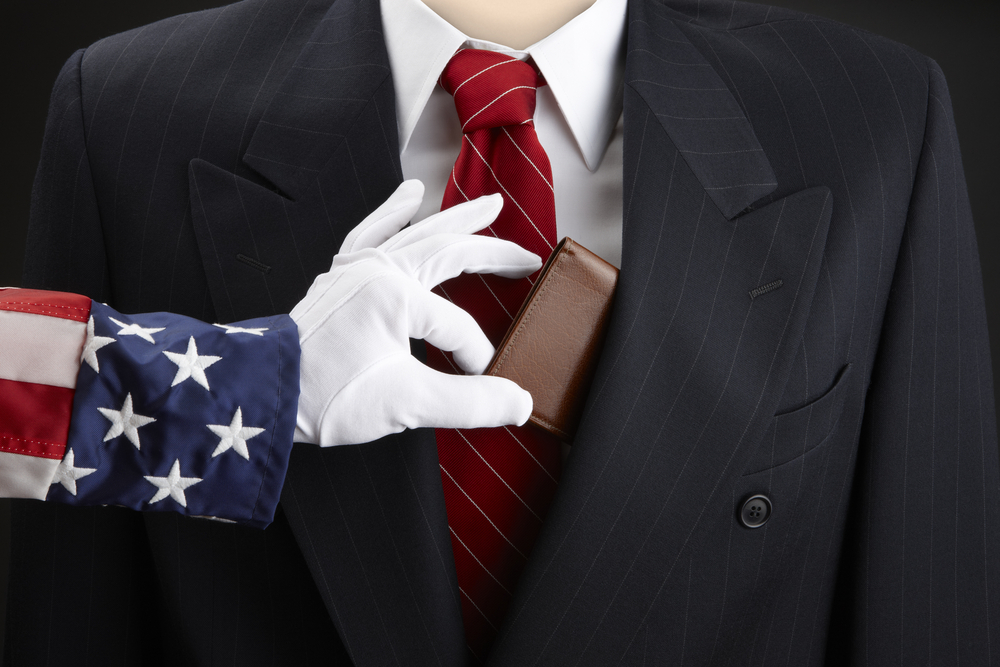 The difference between Sam Bankman-Fried’s cryptocurrency exchange and Uncle Sam’s legal tender appears one of degree and not of kind.

Investors present at the creation of FTX now possess nothing or next to nothing of their original investments. The same essentially holds true of anyone — anyone who’s 109 or older — keeping a $1 bill from the origins of the Federal Reserve. That piece of paper diminished to about 3 percent of its original purchasing power. In other words, that dollar’s worth now falls below that of a nickel in 1913.

Nobody went to jail for perpetrating the paper-money fraud. Instead, the financial industry continues to regard those who strip our currency of its value as the most creditable men and women in their line of work. But the perpetrator of the FTX fraud, which seems more the product of criminal greed than inherent problems with digital currency, faces more than a century in jail.

FTX’s collapse cost Americans billions; the dollar’s collapse drained trillions from Americans. Both scams involved filling the coffers, private campaign or public spending, of big-government politicians with ill-gotten gains. The same people who ridicule the idea of the value of digital currency do not question the rationale of assigning value to otherwise worthless paper. Along the same lines they do not consider it a swindle when politicians and central bankers conspire to devalue our money as a result of their own greed and profligacy.

An illustration of how Congress and the Federal Reserve work together to trash our currency arose this week.

On Monday, the Treasury Department noted record spending for November.

The government collected just over half of what it spent for the month. The spending for November of 2022 essentially equaling the spending for fiscal year 1979 also speaks to the Federal Reserve’s half of the problem. It waters down the dollar. The monetary policymakers enable the recklessness of the fiscal policymakers by creating enormous amounts of money to make up the shortfall between receipts and allocations. Congressional greed to control more money than the Treasury receives pressures the Fed to engage in quantitative easing as an almost default policy, two-and-a-half years of which resulted in the terrible inflation experienced this past year.

Inflation rose by 7.1 percent annually in November. The metric declined from a 40-year high of 9.1 percent in June and from last month’s 7.7 percent rate. While the price of used cars continued to drop, every other category listed on the consumer price index for all urban consumers (CPI-U) witnessed increases, including fuel oil by 65.7 percent, food by 10.6 percent, and transportation services by 14.2 percent.

The shrinking inflation number bolsters the demands of Wall Street investors and Capitol Hill spenders for the Fed to stop raising its funds rate, which less than a year ago — how quickly we forget! — descended to essentially zero (and played a huge role ensuring too many dollars chasing too few goods). But the present inflation rate remains higher than at any point this century prior to this year. The Fed funds rate (3.75–4.00 percent), on the other hand, looks slightly below average over the last 70 years. Why cut a below-average funds rate when inflation remains above average?

Paul Krugman suggests the Fed targeting 3 percent inflation “without admitting that we’re doing it.” Fellow economist Veronika Dolar argues in Fortune, “Since a core mission of the Fed is price stability, the target is beside the point.”

Such arguments prove convenient for those addicted to big government (which depends on gargantuan Fed balance sheets) or the goose provided to investment markets by low rates.

But stable money is honest money. Sam Bankman-Fried’s swindled cryptocurrency investors know that. So, too, do any of Uncle Sam’s suckers holding a large quantity of notes “legal tender for all debts public and private.”