United States military veterans are the lifeblood of our country. Forced to adapt and overcome the most difficult of circumstances while in service, veterans possess a unique understanding of leadership, negotiation and vigilance. We as citizens are forever indebted to all veterans who put their lives on the line in defense of American principles and liberty. But we at the George Washington Leadership Foundation have set out on a mission to recruit, train, elect and support military veteran candidates nation wide to give them the opportunity to continue serving with honor.

In particular, we must thank those veterans who return to the United States, transition back to civilian life, and continue to serve us in office. The 114th Congress features 101 military veterans, and we owe our utmost gratitude to each and every one. But the following Congressmen in particular stand out for their patriotism, their adherence to the Constitution, and their steadfast commitment to strengthening our national security and enhancing veterans’ care. 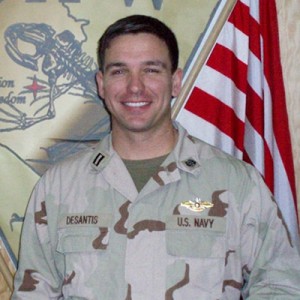 United States Navy Lieutenant Commander Ron DeSantis is Florida’s own bright-eyed conservative visionary. Rising from humble beginnings in Florida, DeSantis championed the American dream, working every job imaginable to put himself through Yale University and Harvard Law School — eventually graduating from both institutions with honors. During his active duty service as a JAG officer, he supported operations at the terrorist detention center in Guantanamo Bay and advised a Navy SEAL commander on counterinsurgency operations in Iraq during the 2007 troop surge playing a critical role in protecting our service members and their mission. Since his 2012 election to the U.S. House of Representatives, DeSantis was rated the #1 Taxpayer Super Hero in the House of Representatives by D.C. non-partisan think tank Citizens Against Government Waste. DeSantis has spearheaded the IRS probe and called for the impeachment of commissioner John Koskinen, whom he blasted for lacking transparency and stonewalling Congress in its investigation. DeSantis consistently hammers President Obama for his inefficacy in defeating radical Islamist terror. Late last year DeSantis pushed forth the Terrorist Refugee Infiltration Protection Act, which calls for more stringent national security measures to prevent terrorists from entering the country. DeSantis is running for Florida’s open U.S. Senate seat in what will undoubtedly be one of this year’s most hotly contested races. 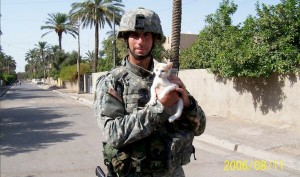 As a freshman senator from Arkansas, Thomas Cotton has already established himself as one of the U.S. Senate’s most prominent conservatives and outspoken critics of Obama’s disastrous foreign and economic policies. After he received his J.D. from Harvard Law School in 2002, Cotton, compelled by his love of the Constitution and desire to defend it after the September 11 terrorist attacks, enlisted in the U.S. Army. Following his 2006 tour of duty in Baghdad as a part of Operation Iraqi Freedom, Cotton was awarded the Army Commendation Medal, the Combat Infantry Badge, and the Iraq Campaign Medal before being promoted Lieutenant by year’s end. Cotton also served in Afghanistan on a second tour of duty in 2008, subsequently winning the Bronze Star Medal, the NATO Medal, the Air Force Achievement Medal, and the Afghanistan Campaign Medal for his service. Since his 2014 election to Senate, Cotton has been an ardent opponent of Obama’s “very dangerous” Iran Deal. He penned a March letter, signed by 46 other Senate Republicans, which he sent directly to Iran’s leadership. Cotton has also consistently called for the revocation of Obamacare. 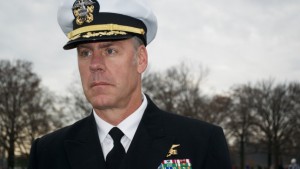 As Montana’s only representative in the U.S. House of Representatives, retired Navy SEAL Ryan Zinke is an instrumental advocate for veterans and the Constitution. He began his military career in 1985 and quickly ascended in rank, entering Operation Iraqi Freedom as Deputy and acting Commander of the Combined Joint Special Operations Task Force-Arabian Peninsula. In 2006 Zinke received two Bronze Stars for his service. Having served one term as a Montana State Senator, Zinke sought out federal office in 2014, when he became the first Navy SEAL ever elected to U.S. Congress. Zinke slammed Obama in February for his calls to bring terrorists detained at Guantanamo Bays onto U.S. soil. 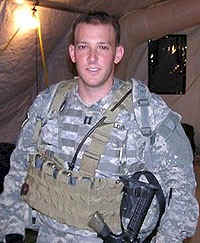 Major Lee Zeldin, who represents New York’s First District in the U.S. House of Representatives, has led the national dialogue surrounding the need to intensify national security and bolster the fight against ISIS at home and abroad. A current Major in the Army Reserves, Zeldin, an attorney, served as a Military Intelligence Officer, Federal Prosecutor and Military Magistrate during his four years of Active Duty. Zeldin was deployed to Iraq with the Army’s elite 82nd Airborne Division in 2006. Following his tour of duty, Zeldin was elected to New York State Senate, where he quickly proved himself a champion for the military and its veterans. Following his 2010 election he created and secured funding for the PFC Joseph Dwyer Program, a statewide counseling program for veterans suffering from Post Traumatic Stress Disorder. Since his 2014 election to US Congress Zeldin has served on seven House committees, prioritizing economic growth, national security and veterans’ aid initiatives.