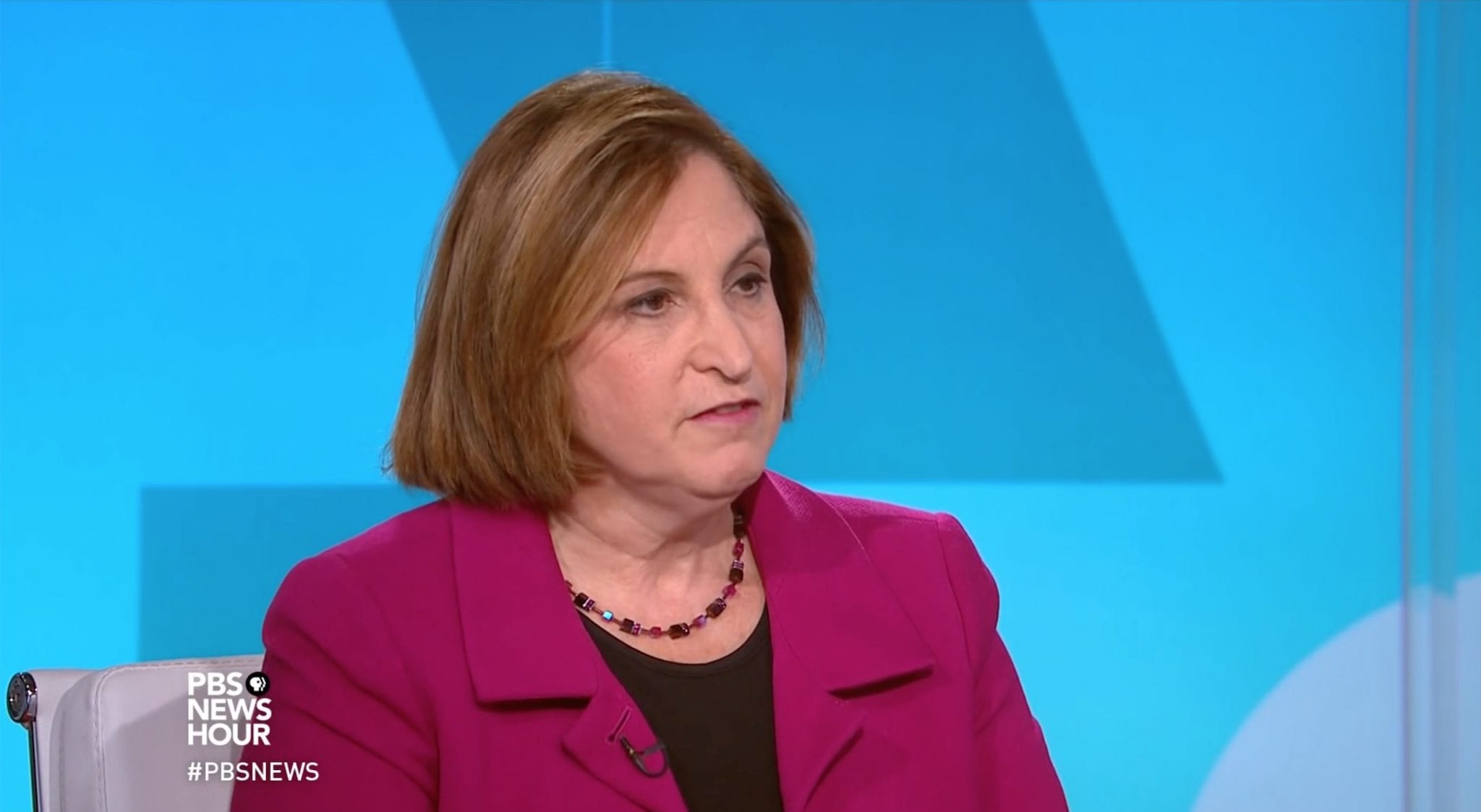 Ruth Marcus, the Washington Post’s deputy editorial page editor who last week loudly defended eugenics against the disabled, often joins the chorus of ruling-class liberals disturbed by Trump’s salty talk. As NBC’s Chuck Todd recently put it, “When he uses vulgarity to talk about individuals, what are [parents] supposed to tell their kids?” Todd had been stung by Trump’s description of him as a “sleeping son of a bitch.” No doubt Marcus nodded approvingly as Todd asked that question of Trump’s Treasury Secretary Steven Mnuchin. But Todd’s question sounds a bit anachronistic in the rancid culture establishment liberals have spent decades normalizing. How can Trump corrupt their children any more than they have? The mythical little Johnny presumed in Todd’s question is probably too busy sexting his friends or smoking pot to care about Trump’s foul language, which pales in comparison to the obscene movies his parents send him off to see.

Imagine Chuck Todd asking a Democrat, “When a columnist like Ruth Marcus openly endorses the killing of disabled unborn children, what are parents supposed to tell their kids?” Such a question would never be asked. It is a measure of the ruling class’s crassness and cockiness that Marcus would even think to write such a piece, much less take so much pride in it. Look at the hot-dogging headline Marcus gives her column: “I would’ve aborted a fetus with Down syndrome. Women need that right.”

Keep that headline in mind the next time Ruth Marcus or one of her colleagues chastises Trump for not “celebrating differences” or upbraids him for “his treatment of a disabled reporter.” The upshot of her piece is that the physically or mentally disabled are intolerable, who deserve death for that difference: “Most children with Down syndrome have mild to moderate cognitive impairment, meaning an IQ between 55 and 70 (mild) or between 35 and 55 (moderate). This means limited capacity for independent living and financial security; Down syndrome is life-altering for the entire family.”

Why is that imperfection more worthy of death than other imperfections? To the extent that Marcus offers an explanation, it is this: “I’m going to be blunt here: That was not the child I wanted. That was not the choice I would have made. You can call me selfish, or worse, but I am in good company. The evidence is clear that most women confronted with the same unhappy alternative would make the same decision.” In other words, elite society has come to accept the killing of the disabled unborn, so it must be right. That doesn’t follow, of course, and Marcus would never use that as an argument for other historically accepted injustices. But since she feels the powerful abortion culture is on her side in this case, she can show off.

That culture is far harder to explain to children than the occasional presidential vulgarity, for it implies that most of them could have been killed. In a sense, they are all accidental survivors in the post-Roe wasteland, where the right to live derives not from the child’s humanity but from the child’s desirability. The subtext of Marcus’s piece is that children are not gifts from God — that parents have a duty to respect regardless of their feelings — but property they can keep or destroy as they see fit. Woe to the child that is deemed “unwanted.” As defective as older parental cultures might have been, at least they didn’t involve that level of hubris and domination. In cases of hardship, those cultures turned to adoption, not abortion. Now adoption isn’t even mentioned and only the feelings of parents matter. As Marcus writes:

I have had two children; I was old enough, when I became pregnant, that it made sense to do the testing for Down syndrome. Back then, it was amniocentesis, performed after 15 weeks; now, chorionic villus sampling can provide a conclusive determination as early as nine weeks. I can say without hesitation that, tragic as it would have felt and ghastly as a second-trimester abortion would have been, I would have terminated those pregnancies had the testing come back positive. I would have grieved the loss and moved on.

The culture of entitled eugenics to which Marcus’s confident, breezy piece pays homage is far creepier and more perilous to children than anything Trump has ever done. The ruling class has reduced morality to keeping up appearances — virtue-signaling without virtue. Just hold the right opinions, strike the right attitudes, and join the “good company” of the right-thinking, whose dinner parties are unburdened by the sight of handicapped children, and you can trumpet your abortions or imagined abortions in the nation’s largest newspapers. How that became “normal” is the greatest vulgarity of all.